An uncomfortable night’s sleep on our dilapidated couch


We were able to get all our running around done today without too many problems. Gavin had some problems but nothing we couldn’t handle. He had an off day and just seemed like he was lost. I don’t know what’s going on with him but hopefully, he’ll be in a better place in the morning.

Unfortunately, the day went downhill after we picked up the boys and brought them home. Emmett wasn’t feeling well and we tried to get him to rest. He was absolutely miserable at bedtime and had a rough time falling asleep. While he did eventually drift off, he woke up shortly after and was definitely feeling worse. He came downstairs in tears and we made him comfortable on the couch. 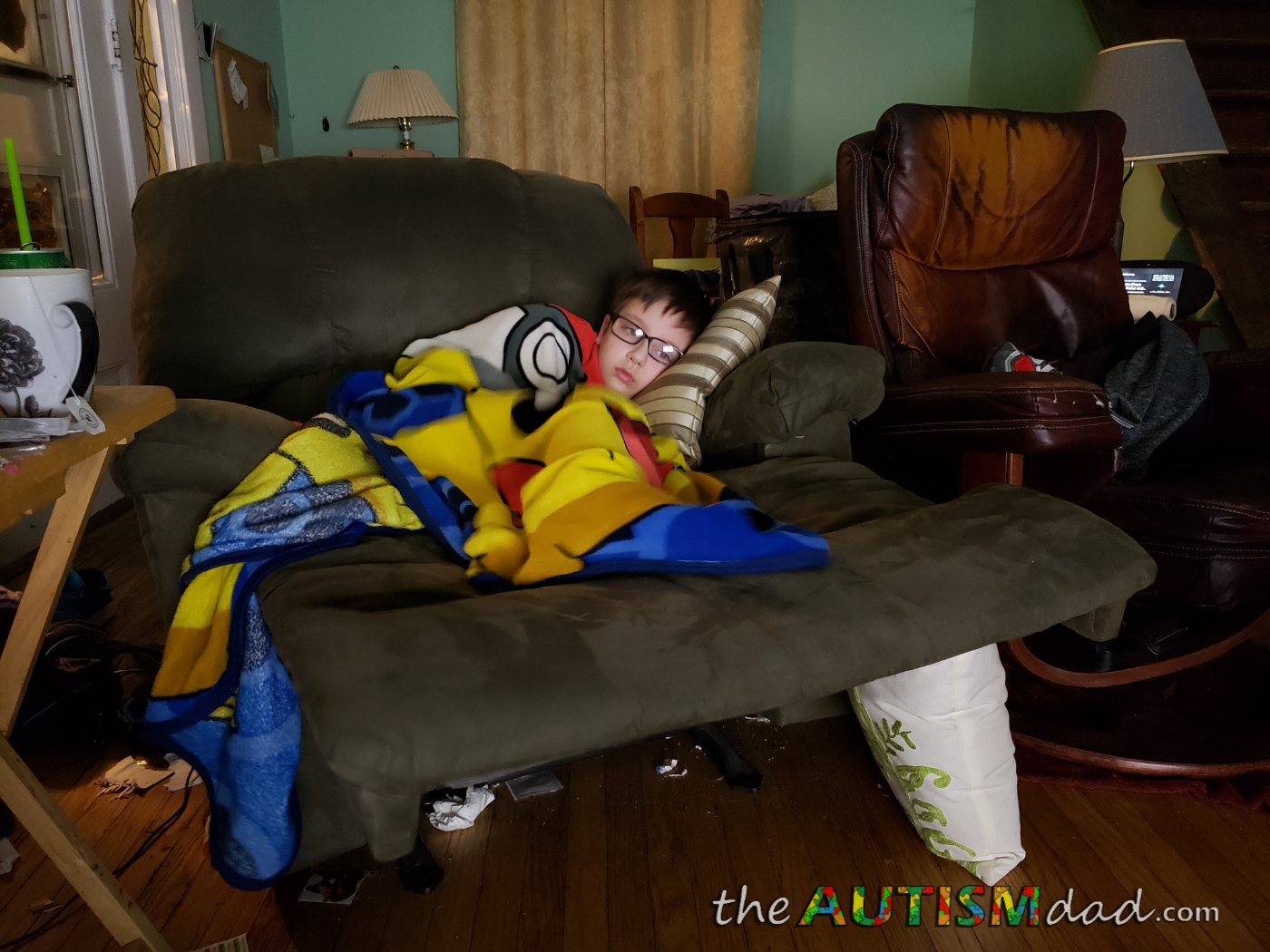 After about an hour, he ended up puking and it was pretty awful. He felt better afterward but is unable to go back to sleep.  He currently resting comfortably in the recliner. I made him some ginger tea and brought him some saltines.

It’s about 1 AM and I’m hoping he falls asleep so I can go to sleep.

At the moment, it’s looking to be a really long night.