2 hours into her 1st headache infusion at the @clevelandclinic -

The first day of headache infusions had some painful drawbacks

2 hours into her 1st headache infusion at the @clevelandclinic


Lizze has been hooked up to the IV for about two hours now. There’s no room for me to sit with her so I’m hanging out in the lobby until she’s done. I’m allowed to walk back and check on her but I have to be very, very quiet because everyone in there is dealing with migraines. I’m allowed to bring her food but there are restrictions. Nothing can have a smell or make noise.

Many people with migraines can be triggered by certain smells and so they are very careful what’s brought into the room. Everyone in this room, including my wife, is resting in recliners and separated by a thin curtain. The lights are low and it’s so quiet, you could probably hear a pin drop, literally. The only occasional sound is the tiny, muffled beep of the IV pump.

There is a cafe here that does carry food that she’s able to eat and is allowed in the room. I know this may sound a bit extreme but it really isn’t. It makes sense because Lizze is very sensitive to smells herself and we have to be careful at home as well. In fact, this is the only reason I never get her flowers. Flowers are painful for her, even if I can’t smell anything, she can. 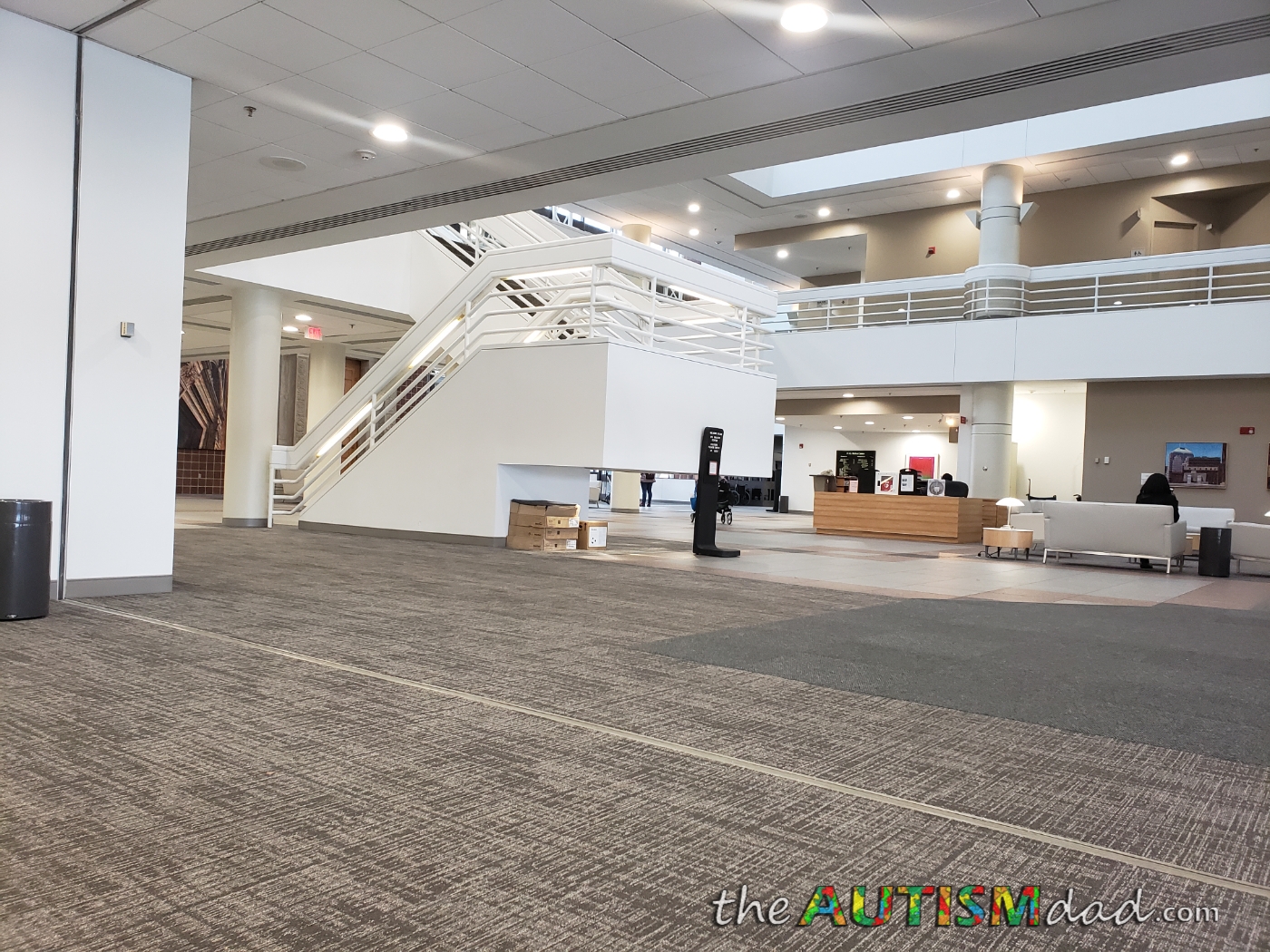 This is my view for the next four days. ☺

Anyway, I really feel for these people and I hope that everyone is able to find relief today.

Lizze is supposed to be finishing up around 4:30 PM this afternoon. We asked them about why it was ordered for six hours but she was only getting four. Turns out it has nothing to do with insurance at all. They block out a six hour window because sometimes it takes that long. They said Lizze shouldn’t be any longer than four hours today.

I just went back to check on her and she was sleeping. She woke up briefly and I made sure she was okay. She said that the meds make her very nauseous but they gave her Zofran and it’s helped. She also said that the infusion is actually helping. Right now it’s only a tiny bit but that’s something. Her migraine has been a ten on a scale of one to ten for the last seven, almost eight years now. Sometimes it goes to an eleven out of ten, usually triggered by a smell.

She didn’t really say where it was at because she was pretty out of it but anything is something positive. I’m holding out hope that this is going to make an appreciable difference in her life. No one deserves to live in this much constant, unending pain.

Thank you all for the thoughts and prayers. We really appreciate it. ☺

I really hope this breaks her migraine. Rooting for her!

@ClevelandClinic I used to have migraines. Meds weren’t effective, so I changed my diet pretty seve… https://t.co/jGKvlH5GSQ

@ClevelandClinic She’s had MRIs to see what’s causing her migraines?

I have terrible migraines. I understand. Wishing her luck. I’ve been following your blog for a few years now and when I was reading about my own migraines, I read something and thought of your son Emmett. Could his stomachaches be abdominal migraines? I wonder especially because there’s a family history of migraine with Lizzie.