Sensory processing issues get in the way again -

We could all use the break

Sensory processing issues get in the way again

Trying to get the kids ready for school can be like herding cats at times. There are a million reasons for that. Sometimes it’s pretty kid typical and just not wanting to get out of bed, or simply dragging their feet while getting ready. Other times it can be more Autism related in nature.

This morning was delayed by sensory issues once again.

Mr. Emmett was having issues with his sock on his left foot. It took quite some time to help him work through it. He kept saying that it felt like something was snagging his sock. 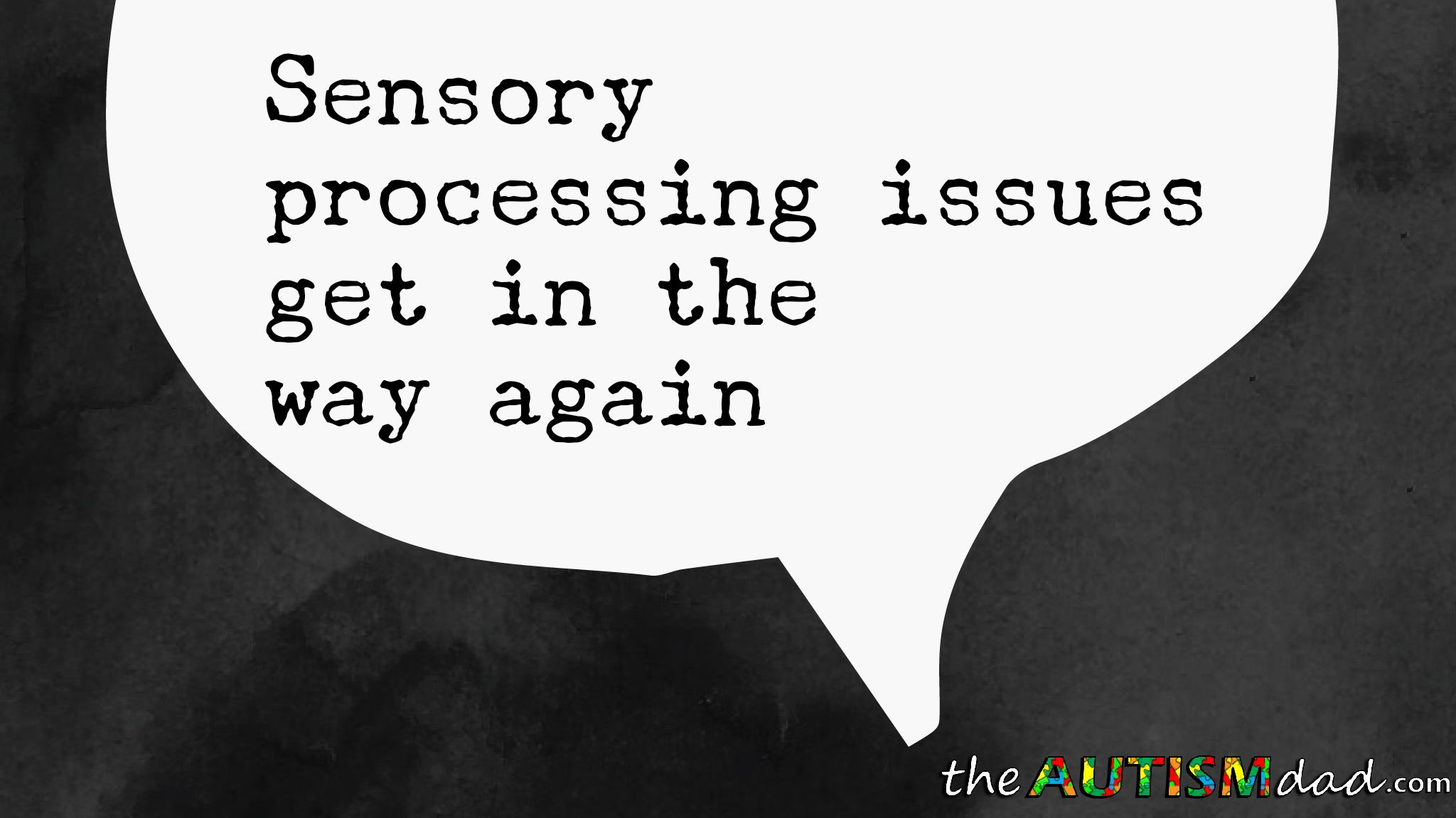 He was getting really upset because he didn’t want to be late but he was simply unable to put his socks on. He didn’t wear socks to school for many years but since he’s started wearing shoes, he won’t wear them without socks and we don’t have a backup plan.

We don’t have a backup plan because a) he’s outgrown everything he used to wear and b) if we kept other options in his size, he would end up being torn as to what he should wear, creating major issues each morning.

Our only option this morning was to work through it and we eventually did. There must have been a tiny edge to one of his toe nails and it was snagging his sock. I finally found a nail file and smoothed everything. That took care of the issue and you could see the immediate relief on Emmett’s face. ☺

He felt so bad afterwards but it’s not his fault and he has zero to apologize for. I explained that to him once again but I’m not sure he feels the same. Meltdowns are not the fault of the person experiencing them. In fact, I recently released a podcast episode dedicated to exactly this issue. It’s embedded below and worth a listen.

Ultimately, they were out the door on time, at least mostly on time and in a good mood.

Sensory issues pop up all the time when you’re an Autism parent and while sometimes we can’t work through them, other times we can. The only thing we can do is react to each situation as though it’s unique and do our best to help whoever is struggling, get through it.

While Emmett feels as though he was some sort of burden this morning, I’m actually very proud of him because he didn’t give up and we were able to find a way through it. We’ll have to get working on helping him recognize that moments like these are not his fault. ☺ 💙

So then it wasn’t even a sensory issue which is great. Snaggy socks are the worst, glad you figured out that it was a toenail and not SPD.