A very difficult but necessary decision -

It’s been a long weekend

I’m taking back control over my life this week

A very difficult but necessary decision


Lizze and I have come to a very difficult but necessary decision over the weekend. In the morning, Gavin sees his psychiatrist. When we see him, Lizze and I are going to discuss pulling Gavin off of Clozapine.

Why in the world would we want to take our Autistic and Schizophrenic 19 year old son off of the only antipsychotic that has ever worked? That’s a great question.

Put simply, Lizze and I are very concerned about Gavin’s ever increasing level of confusion, especially in the first 5 or 6 hours following his morning dose. 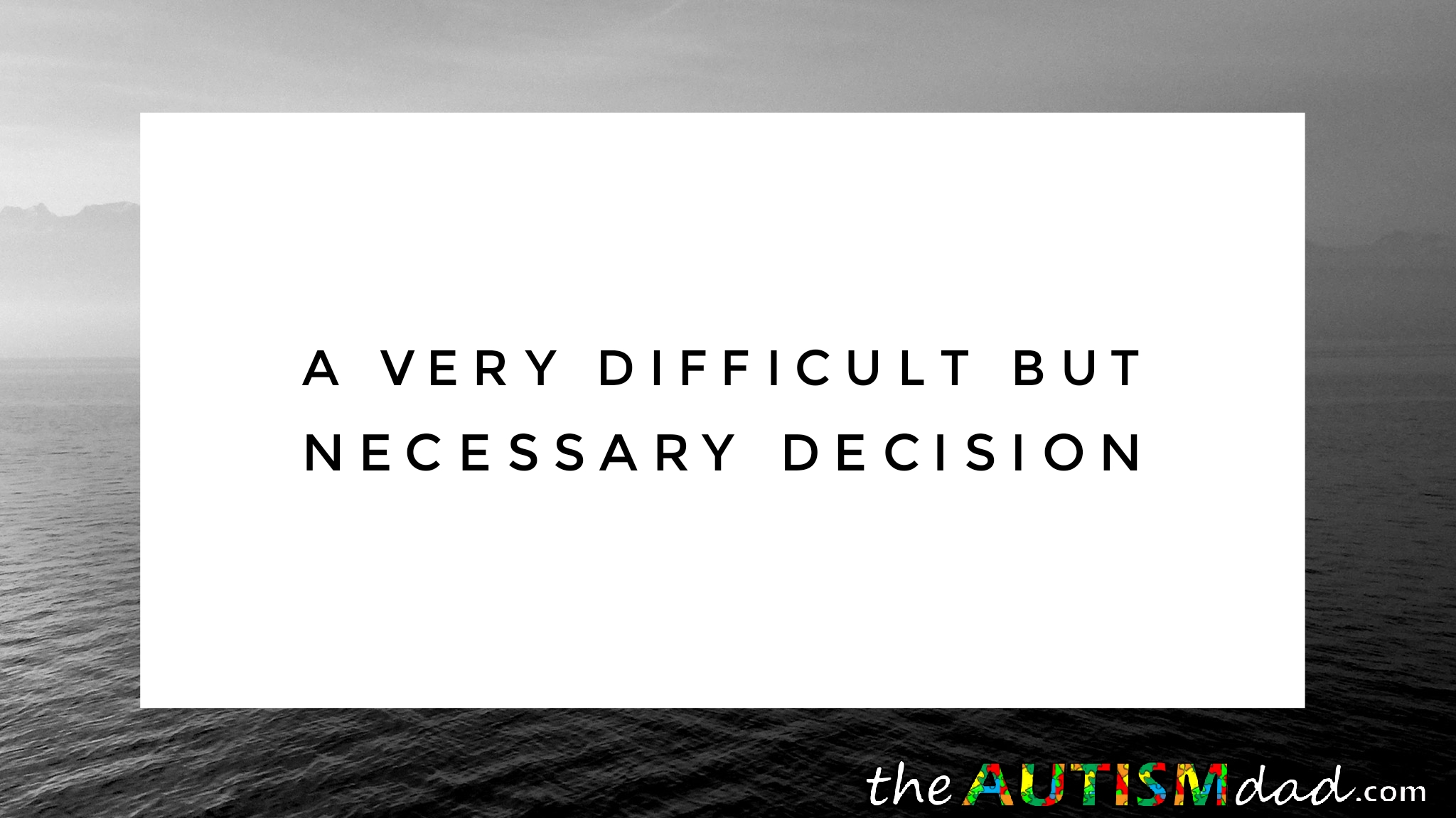 He’s been on Clozapine for a very long time but in recent years, we’ve had to decrease his dose because his body wasn’t handling it as well as it once had. We’ve run into things like significantly increased sedation and increasing levels of confusion that came out of nowhere but never seem to wear off.

We’ve been watching this for a while now and haven’t acted because frankly, pulling him off the medication could be akin to opening Pandora’s Box. We have no idea what will happen or if he could safely go back on if things got bad.

Essentially, we feel as though the scales have tipped in the direction of Clozapine creating more problems than it solves and it’s significantly impacting his life in a negative way.

We haven’t spoken to his doctor or even Gavin about this for that matter but we will at 9:30 AM this morning.

Truthfully, this has been on the table for a while but we hadn’t yet reached a point where it became clear that pulling the plug on the Clozapine may be the best thing for him.

Our plan is to have a discussion with his psychiatrist and see what he thinks. He’s come close to pulling the plug in the past but for different reasons. We had previously discussed the eventual need to pull him off if the sedation and confusion didn’t resolve after the last time we lowered the dose.

I’m nervous about this because I don’t know what will happen but we have to do something.

The truly shitty part is that we will have to make this decision for Gavin. He will be present for the conversation but he lacks the capacity to truly grasp what’s going on. I’d like to include him in the discussion but that’s honestly more about making us feel better than Gavin gaining any benefit.

I’ll let you know how it goes..

Good luck . It’s a minefield with meds, knowing what to do for the best.

Wife and I had to make similar decision in regards to her epilepsy medication.
She suffered severe… https://t.co/twc6iwr8xJ

Sounds like he has built up a sensitivity to it and now his body is now reacting to it and struggli… https://t.co/2DsRbEBMgj

Sending positive thoughts you all come to an educated resolution best for Gavin.

It’s hard to deal with medicine changes, and the fact our bodies process them differently over time.

Did you all ever become Gavin’s guardian?

I’m so sorry. The meds to treat various illnesses often make things worse. I hope the doctor can co… https://t.co/TcyczoCRqO