You've got to be kidding me -

You’ve got to be kidding me


I sort of feel like the powers that be are shooting at the ground around my feet and screaming dance monkey dance. The last seven days have been a nightmarish blur. We’ve survived it, and I’m grateful, but the ride isn’t over just yet.

First, we had Gavin come off his meds and go completely psychotic. He went back on his meds and was rushed to the emergency room a few hours later. He was released the following day, and we came home to Elliott not feeling well.

Elliott ended up going to school on Monday because he was feeling fine, only to be sent home after developing a fever. He was home the entire week and was joined by Emmett on Wednesday. Mr. Emmett spiked a fever and had the same upper respiratory thing that Elliott was fighting. Both boys were feeling better on Friday evening, but Elliott spiked another fever on Saturday morning, canceling our Easter plans.

It’s now Sunday, and both boys were finally feeling better. We thought they would be back at school in the morning. We were wrong again. Emmett has contacted fucking pink eye. Fucking pink eye!!! 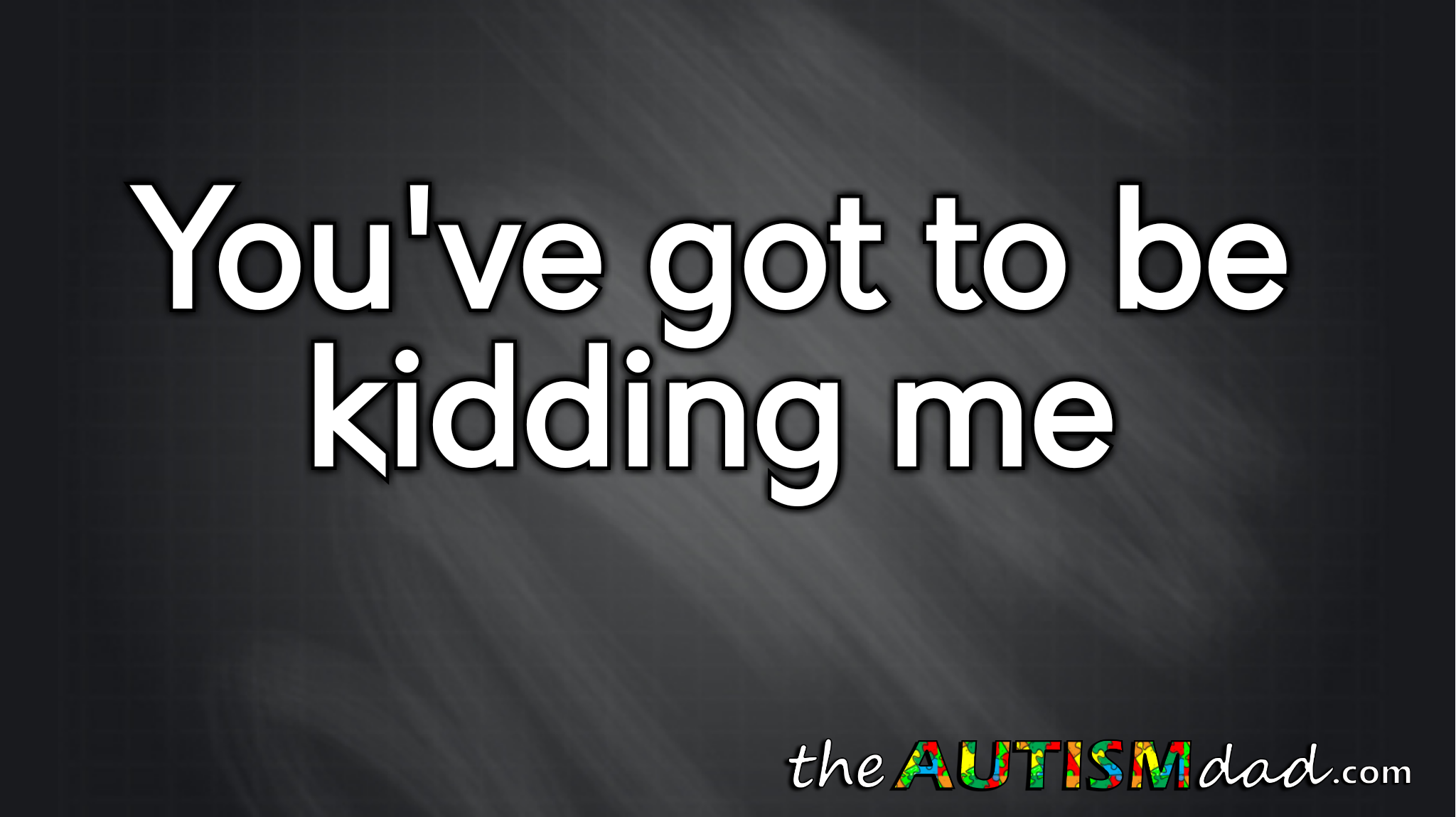 What are the odds that at least one other person in our house will end up with their eyelids caked shut in the morning? I’d say the odds are pretty fucking high at this point. Emmett is very fond of pressing his forehead up against mine, and he’s a hugger lately.

Anyway, he obviously can’t return to school in the morning and will need to be seen by his doctor.

Elliott went to bed feeling fine, and as long as his eyes aren’t glued shut when he wakes up, he should be able to go back.

Emmett’s been freaking out all night because he’s miserable. If you’ve ever had pink eye, you know how miserable it feels. Now throw in Autism, as well as Sensory Process Disorder into the mix, and you have Emmett’s current state. He did manage to fall asleep, and I’m hoping he sleeps through the night.

I’m exhausted and need a good nights sleep. Lizze and I both feel like our eyes are getting itchy because we watched Emmett’s left eye all evening. It’s all in our head though, hopefully anyway. 😉

We do have a slower week before us, and that’s a good thing. Once we get through this pink eye thing, we might be able to return to our version of normal. Our version of normal is exhausting on a good day, but it would provide a reprieve at this point.

Keep them home if they are crook. Conjuntivitis is contagious. My nephew got it off some kid that had it.