Confessions of a frustrated #Autism Dad -

No parent likes to see their child struggle

It’s a difficult birthday for our youngest

Confessions of a frustrated #Autism Dad


This is one of those posts where I’m brutally honest about something that’s going on. Those with experience will be able to relate, and those without have an opportunity to gain some insight into something they might not otherwise have any experience with.

The issue tonight is a reoccurring one, but I’ve not spoken about it in a little while.

Mr. Gavin has been driving me nuts today, and the day before, as well as the day before that. You get the picture. He’s driving me crazy on a pretty regular basis. I always want to preface things with a this is not his fault statement, because it really isn’t his fault. Yes, choices are being made, but nothing he does is meant to upset or cause distress to anyone. It just isn’t. 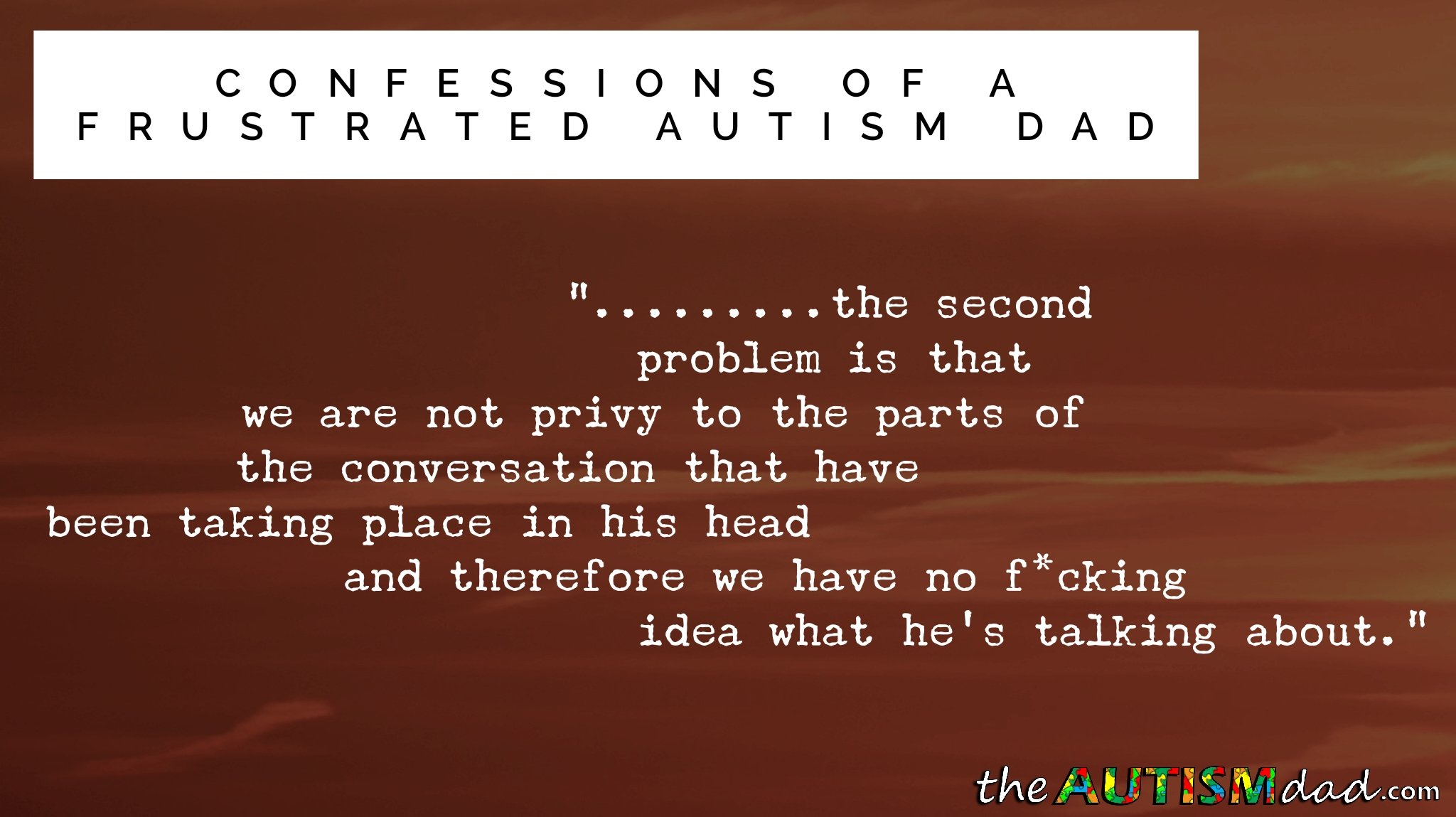 The problems revolve around his seemingly declining level of function. In a nutshell, he’s struggling more and more with everyday life tasks. He’s experiencing more and more confusion, but this time, it doesn’t seem to be medication related.

One of the newer things he does is try to explain something to us, and his attempts make absolutely no sense to anyone. We have to question him because we’re trying to follow what he’s telling us, but he gets very frustrated. Today he needed help with his tablet. He had downloaded an apk from a website that hosts apk’s. Apk’s are how Android apps are packaged and installing any apk that doesn’t come directly from the Google Play Store is called sideloading.

Gavin was sideloading an app today, but it didn’t complete correctly. He came down the stairs and began rattling off information that didn’t make any sense. Gavin has a habit of starting a conversation in his head and continuing it out loud, expecting whoever he’s talking at to know what’s going on.

There are two problems with this. The first being that he’s talking at and not to us. The second problem is that we are not privy to the parts of the conversation that have been taking place in his head and therefore we have no fucking idea what he’s talking about. When we try to figure out what he’s asking, he often gets frustrated with us because he feels that we’re not listening to him.

I greatly empathize with you. My 18-year old son will come to me and start saying “computer” when he wants something on his computer. It’s up to me to figure it out and he’ll keep saying it escalating to a meltdown.

One thing that we’ve done to help with this is to give him a whiteboard pen and write/draw what he wants. We’ll hand him the pen and say, “The boy wants . . .” in the hope of prompting him to finish the sentence. It actually works sometimes.

What ever happened with getting Gavin into some sort of program? Or even getting him some workbooks to help keep his mind as sharp as possible. Both of those things came up awhile ago but I haven’t seen any updates. I think that the program especially would really benefit all of you. Spending that much time with anyone, no matter how much you love them, is just not great.