I'm so f*cking tired of the verbal gymnastics -

I don’t know how people worse off deal with it

I’m so f*cking tired of the verbal gymnastics


It’s been a frustrating evening tonight because there was a disagreement between Gavin and his brothers, that quickly escalated to a screaming match.

The whole thing comes down to Gavin and the boys, how shall I say this, lackluster communication skills.

Basically, Gavin wanted to take a break from playing a video game with Elliott. They were supposed to be working together on something and Gavin wanted to stop. There’s nothing wrong with that. Rather than just say that, he made up some excuse that his tablet was at 60% and he’d like it to charge until it was 85%. Elliott felt that Gavin was blowing him off. Gavin, on the other hand, is incredibly awkward and was concerned about hurting Elliott’s feelings by saying he needed a break. 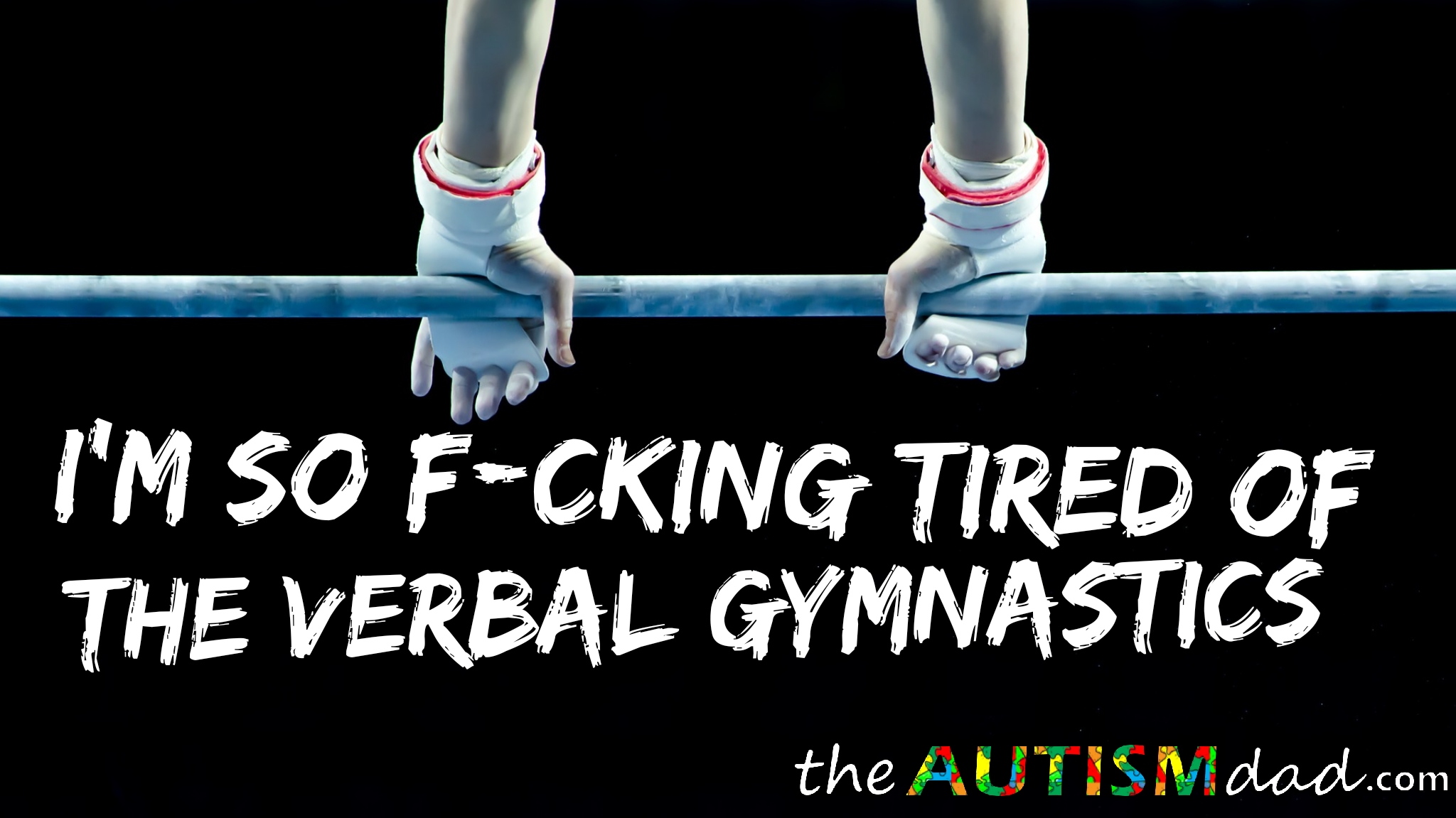 Elliott took it as Gavin lying to him and became very upset. Emmett jumped in to defend Elliott and brought the argument downstairs so we could intervene.

It took a bit to sort this out because it appeared that Gavin kept changing his story. We couldn’t really nail him down and get a straight answer. In his defense, he doesn’t do well under pressure, and when he gets stressed out, he just sorta freaks out.

Once I figured out what was going on, I tried explaining to Gavin why Elliott was upset. I explained that the way he handled things sorta jump started this whole thing. I further explained that I understand why he handled it that way and that I know he wasn’t trying to cause a problem, but that next time, he should just be direct and say, hey, I need to take a break.