Check out our after school adventure


The boys were up early and that of course means I was up early.  Surprisingly, I’m actually feeling pretty good, despite only getting about 3 hours of sleep last night.

Unfortunately, the rest of the morning was a challenge.

Emmett was not in a good place and just about anything set him off. This meant a morning full of meltdowns and screaming, which continued until I physically had to walk him into the school because he wouldn’t go in on his own.

It’s heartbreaking to see him in such distress and while I was frustrated, not one cell in my body was angry with him. 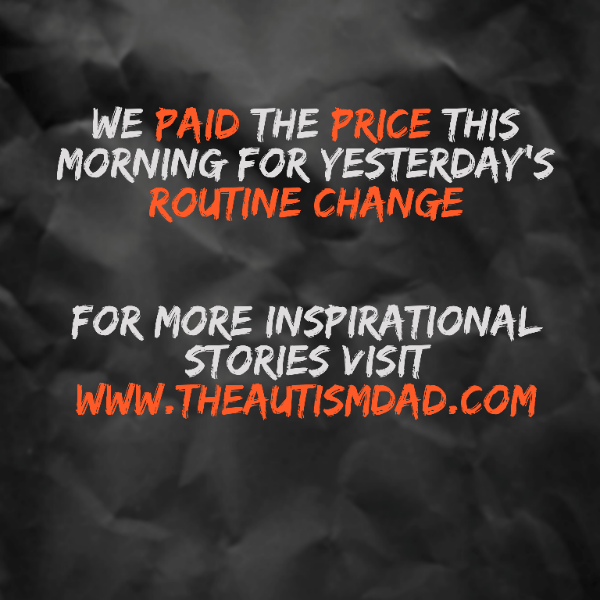 This isn’t a case of a child being difficult for the sake of being difficult.  He was absolutely miserable and his behavior was a symptom of that.  I walked him into school and we spoke with his teacher.  She’s awesome and Emmett responds well to her.

She had him sit with her during breakfast and he should be just fine.

This is a good example of how profoundly important routine is for kids on the Autism Spectrum.  At least part of what had him so overwhelmed was that there were several changes to his routine yesterday and last night.

How do I know this was at least part of the problem? He was screaming about it on the way to school.

He seemed to do okay with it yesterday but it really hit him today.  On the positive side, at least he vocalized what was freaking him out, even if it was ear drum shattering..