Gavin's IVIG infusion was a success  -

Major Update: All about Gavin

Gavin’s IVIG infusion was a success


Gavin had his IVIG infusion last night, because we were gone for most of the day. He did really well both during and after his infusion. Aside for physical exhaustion, there weren’t any side effects that I was aware of.

Like I said, he was exhausted afterwards, and went to bed shortly after the process concluded.

Gavin looks a bit run down, but isn’t complaining of anything, not that he really ever does. As far as I know, the only issue he is struggling with today is that his hip popped out once again. My understanding is that hurts like a bitch.

I’m not making any plans for today because I want him resting, especially because of how run down he appears to be. 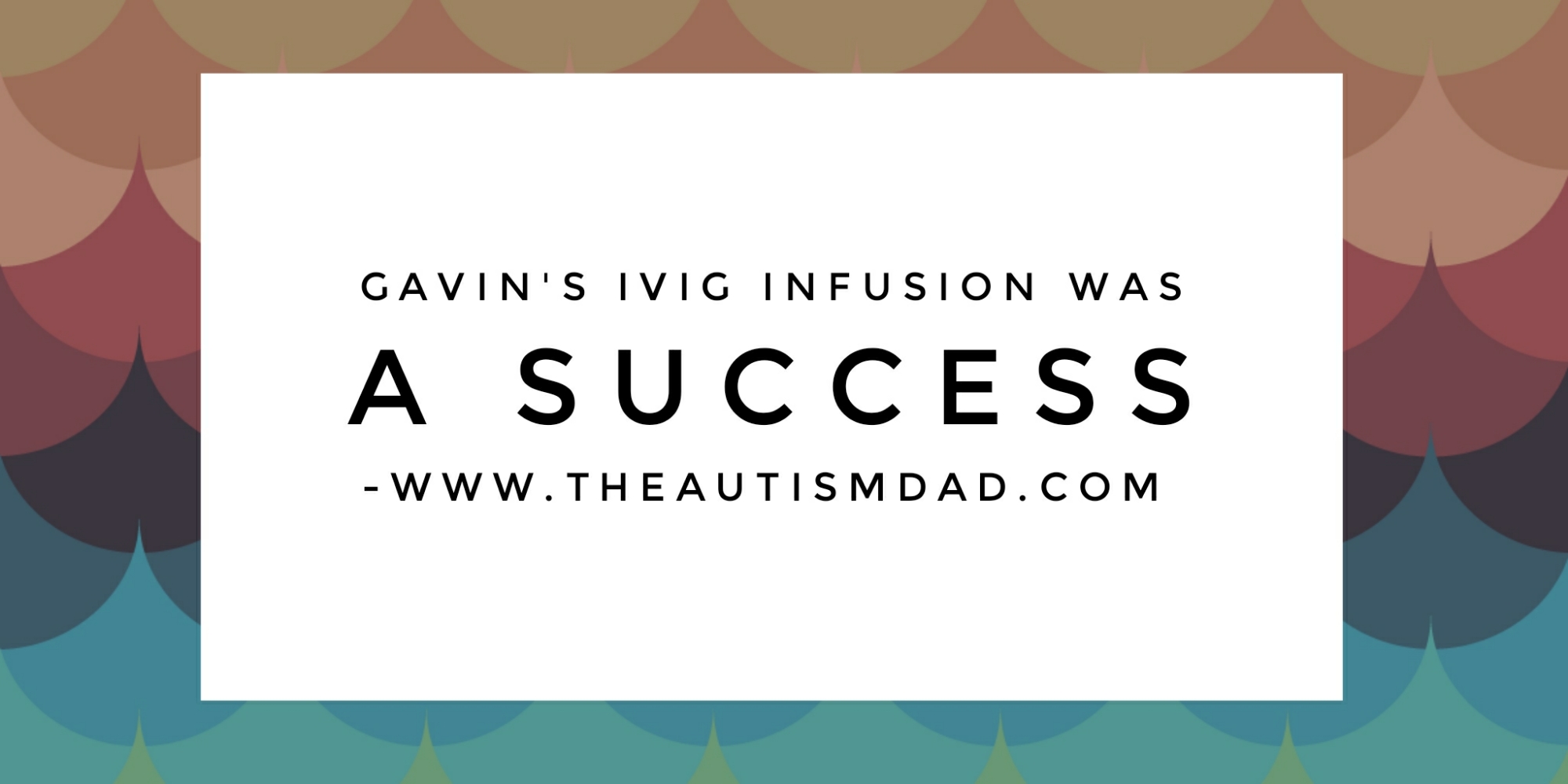