Do you remember where you were? -

He woke up freaking out

At least I was able to provide him with comfort

Do you remember where you were?


September 11, 2001 changed everything for me. I was finishing up a house in a new allotment that my company was doing punch-out work in. I was working with my brothers that day.

Lizze called me about 8:50 AM, and told me what happened. We’d been dating for a few months at that point. She’s was very upset and it took a minute to register what she was telling me. Once I understood what was happening, I told everyone what had happened. It wasn’t long before everyone on the job site had gathered around the radio because we didn’t have a TV and cell phones were still flipping. 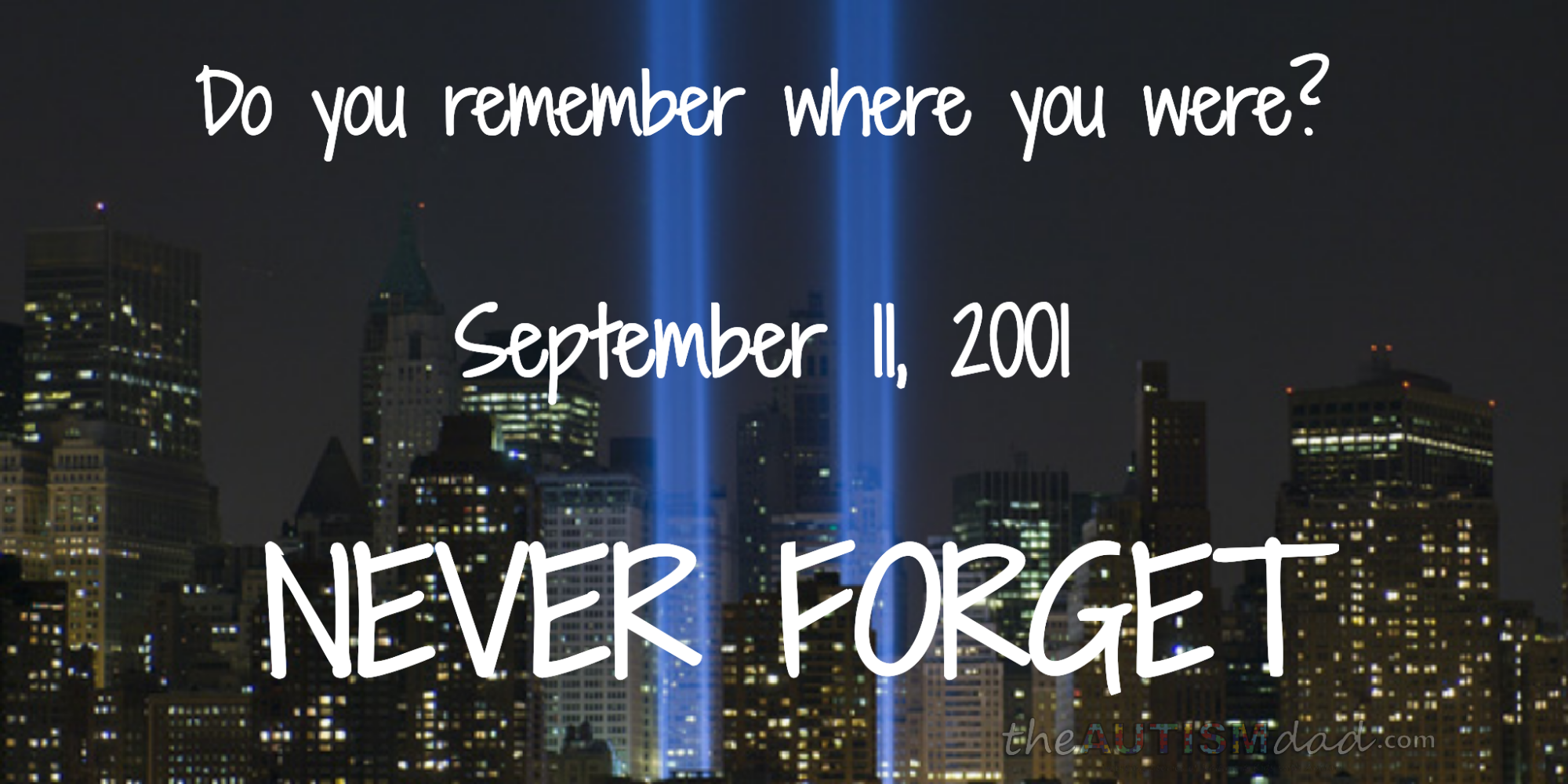 I remember the collective gasp of everyone as we heard that the second plane had struck the south tower, and then the Pentagon.

It was absolutely surreal. These were men of various races, ages and ethnicities. Not one of us knew what to say in response to the horror we had just heard on the radio.

I was on the fire department and almost finished with medic school at the time. The only thing I could think to do was pack up, head home and be with Lizze and Gavin (who was only about a year and a half old). I figured that being close to home was best in case we needed to respond on a local level.

At that point, no one knew what to expect. There was already talk of local departments putting crews together and sending them to New York.

What transpires later in Iraq and Afghanistan will be a source of contention for years to come. Regardless of what side of the line we stand on, we support our men and women in uniform, without question.