Teaching Gavin to help manage his own health care

Ending the day with good news

Teaching Gavin to help manage his own health care


Once again, Gavin has been shorted supplies for his IVIG infusions. As it stands, he doesn’t have enough left to do his next infusion on Friday.

Rather than simply take care of it for him, I asked him to put a reminder on his tablet to go through his supplies and figure out exactly what’s missing.

Once he figures that out, he’ll report to me and I’ll call the hospital and put the order in. 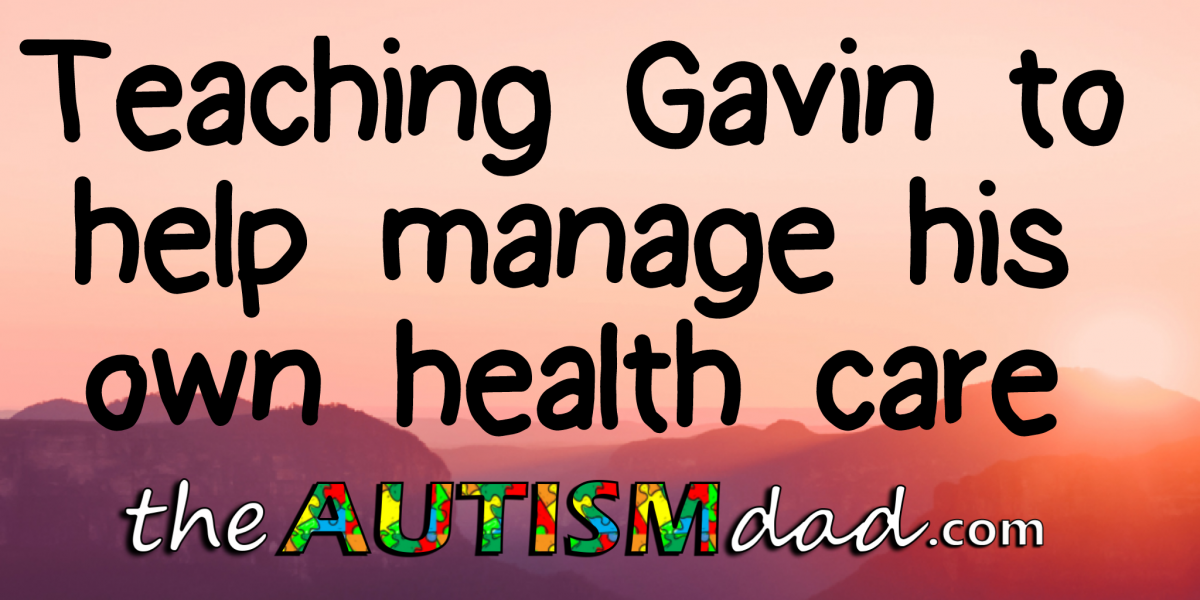 It’s so important that Gavin be as involved in his health care as possible. He can’t make make his own medical decisions for obvious reasons but we want him to play as big a role as he’s capable of being.

Getting him to utilize his tablet for something other than games is important as well.

I’m teaching him to use our shared family calendar, to check and see when his appointments are. This way he doesn’t have to constantly ask me about when they are.

It’s an uphill battle but he did pretty awesome today.. ☺

Hello,
I am currently an Occupational Therapist Assistant student and I am writing a thesis paper on autism and the therapies that are available for those with autism. I find your blog amazing in that you are sharing your experience as a father raising children with autism. I love that you are sharing not only the great and fun side of it, but the real and challenging side of it as well. If you don’t mind me asking, what therapy programs have your family gone through that you feel has helped your children the most? Thank you again for creating this amazing blog to shine a light on what autism is.

Feel free to send me an email.. https://www.theautismdad.com/contact