The solution to Gavin's immunology crisis was completely unexpected -

What the hell is Common Variable Immunodeficiency?

The solution to Gavin’s immunology crisis was completely unexpected

We’ve been so stressed out since learning about the GAMMAGARD shortage. GAMMAGARD is the medication used to treat Common Variable Immunodeficiency, of which Gavin has. Basically, GAMMAGARD is donor antibodies from thousands of people and is used to replace Gavin’s broken immune system.

There is a nationwide shortage of GAMMAGARD and that presents huge problems for Gavin. Without treatment, Gavin doesn’t have a functioning immune system and for those wondering, that’s not a good thing.

We had our emergency appointment with his immunologist this morning and everything went smoothly.

Without going into great detail because I’m just not in the mood to do so, I’ll sum things up.

The manufacturer of GAMMAGARD says its on back order. From what we’ve heard, it sounds as though this is a manufactured shortage because they are trying to push a new drug instead. That makes me angry and his doctor angry as well. There’s no way to know for sure that this is the case but it sure looks that way.

Putting my anger aside because I can’t do anything about this, let’s focus on what we’re doing in response to the shortage. This will blow your mind but we are going to use GAMMAGARD. 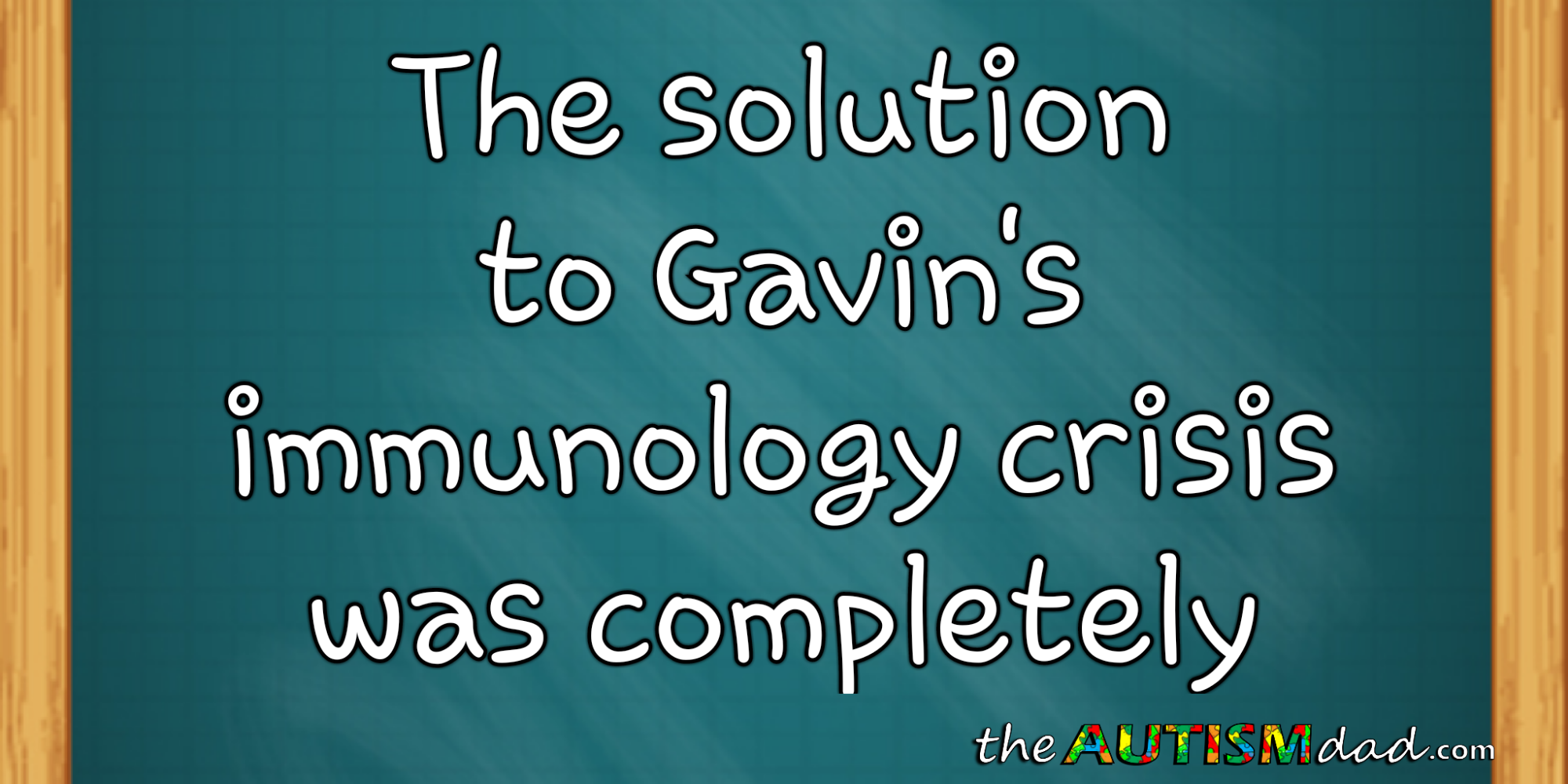 His doctor is very hesitant to switch to a new medication all together because we have no idea how Gavin’s body will responds. GAMMAGARD was rough on him for awhile but he does okay with it now and it works.

The upside to changing to a higher concentration is that overall, it’s less fluid that needs to be pushed per infusion. The new concentration will deliver the same amount of medication as he was previously getting in 30cc’s of solution, but now it is only 20cc’s. That’s 10cc’s less that he has to tolerate. This should be a seamless transition and it will also shorten the infusions times, at least in theory.

It’s not quite that easy though. Everything still has to be approved by insurance and that may take a little while.

This means Gavin will have his infusion today but won’t have another until this all gets worked out. She suspects that we will probably miss Friday’s infusion and possibly more. We’re not supposed to freak out over that but that’s easier said than done. Trust me, when your child has a severely compromised immune system, you freak out every time something interferes with them getting their lifesaving medication.

Now all we can do is wait for the phone call, letting us know if it’s approved or not, and if not, what we are going to do instead.

I’m glad there seems to be a fix.

It’s a weird one and still doesn’t make a great deal of sense but we’ll see what happens. ☺

@Janfrog1 You and your family will be in my prayers! I hope everything goes well with Gaven.