We had a massive and very aggressive #meltdown tonight


I was able to get out and go walking this afternoon. I got off to a later start. Lizze needed to talk because she’s struggling with the loss of her grandmother. I imagine many of us can understand what that feels like. 😔

The boys had a good day at school.

Elliott was so distracted this morning that he put his pants on over top of his shorts he wore to bed. Rather than ask to use the restroom and take his shorts off, he instead chose to roll his pant legs up to his knees because he was too warm.

Sometimes I wonder what goes through his head.. 😂 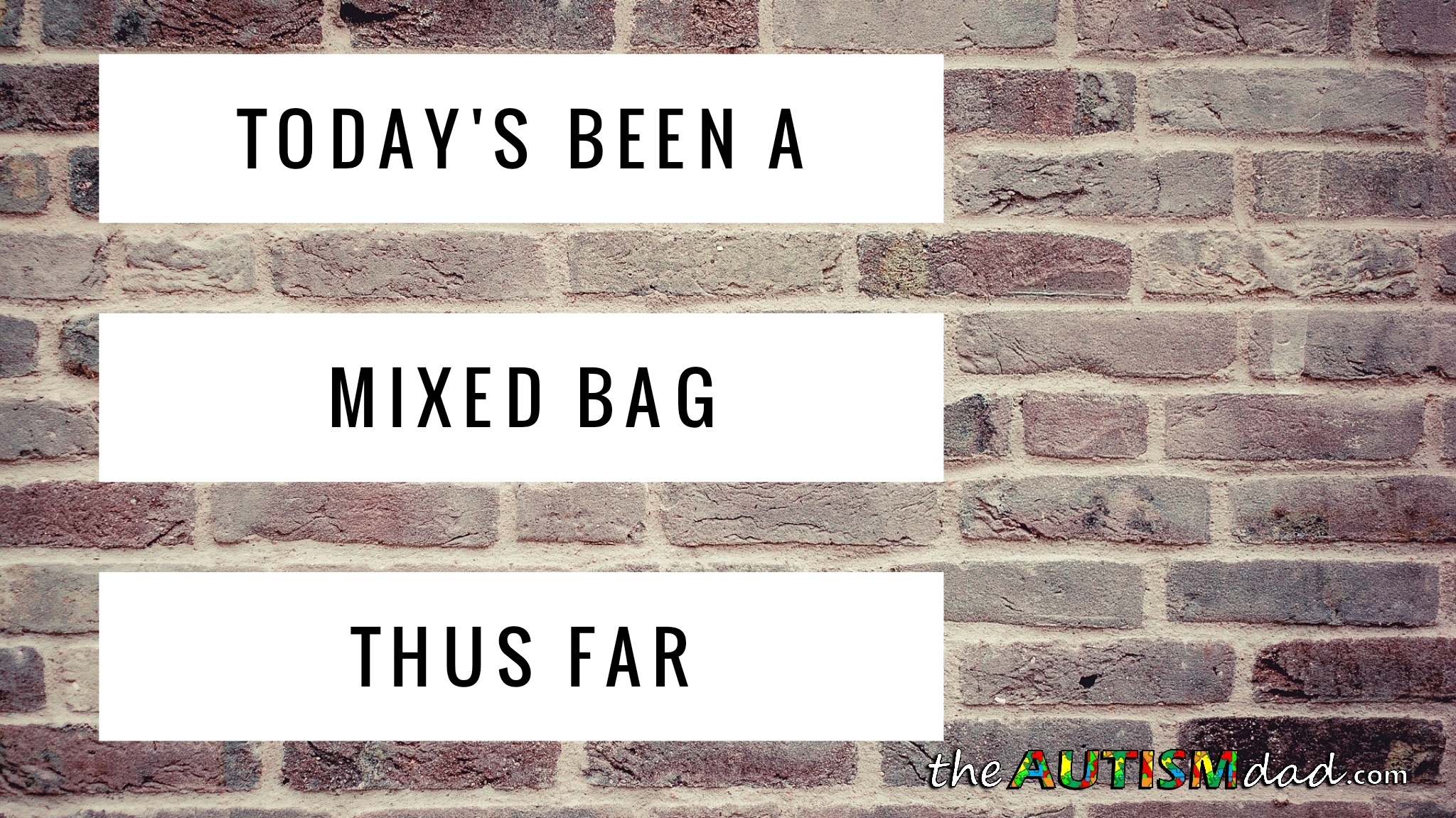 As for Gavin, I haven’t seen too much of him today. He’s been in his room, doing God only knows what. He could be doing anything from playing his tablet to embarking on a very dangerous mission to save the Universe. I’m not sure what he was up to this afternoon but I’m sure I’ll hear about it because we have therapy in a few minutes.

Lizze is sleeping so I’ll take the boys tonight in my own. It’s not a huge deal.

When I get home we’ll eat dinner. I’ve got chicken in the pressure cooker. I’ll get the kids in bed around 8 pm and settle in to watch the elections, praying to God the Blue Wave washes away at least some of the shit going on in this country.