Sometimes we can all use a friend -

Have you ever felt this overwhelmed by life?

I know it can be depressing to read my #Autism parenting story but after you finish reading, I’ll still be living it

Sometimes we can all use a friend

Zane isn’t contagious and has been on antibiotics for the last 5 days. We were told to keep him separate from the other ferrets because while he’s not doing well, it’s best to keep him isolated so he doesn’t have to compete for food. It was something like that anyway.

Last night it occurred to me after Lizze and I gave him his medicine, that he’s been isolated for 5 days and that may be making things worse for him.

Ferrets are incredibly social animals and they permanently bond with the other the ferrets they live with. That’s why if you have two ferrets and one dies, the other can often become depressed. Many times the other will die from what amounts to a broken heart.

Keeping Zane away from the other 3 ferrets he’s bonded with, may be causing him to become depressed and slowing down his recovery.

Before bed last night, I decided to put Fat Tiny in with Zane and see if that helps. Fat Tiny is way too lazy to try and escape the temporary enclosure, so she was the best fit.

Zane immediately perked up and this is what I awoke to this morning.. ☺ 💙 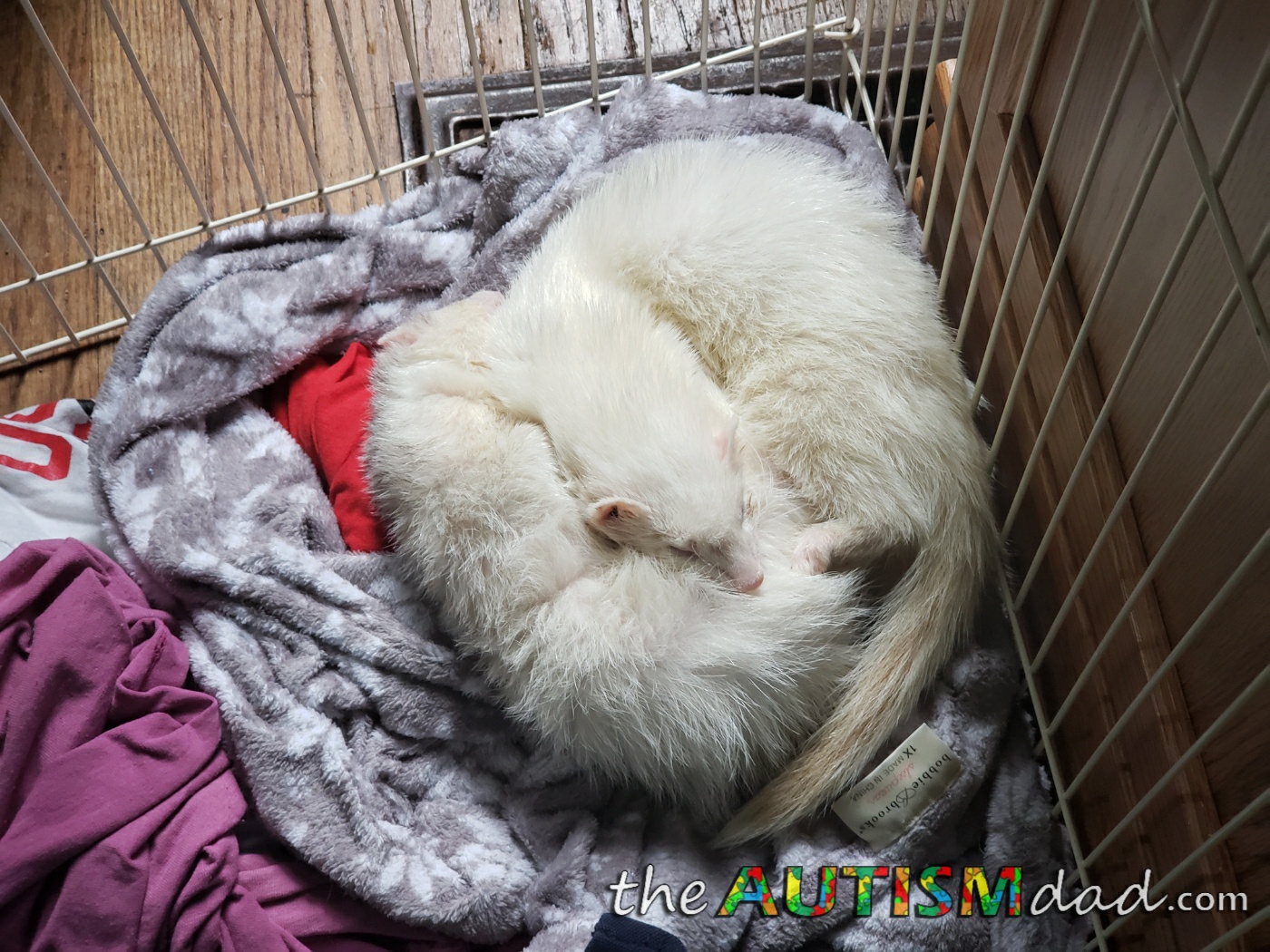 Sometimes when you’re going through a difficult time, a good friend can make all the difference in the world.

These two have been curled up together since last night. I’m hoping this will help to speed up Zane’s recovery and allow him to return back to the others in the near future. ☺

Aw! Looks like Zane sure does need a friend.

If you would like advice or suggestions contact my neice she’s on my friends list Barbie Blake she’s pretty good with her ferrets. She’s been nursing an elderly one for a while. She has 11 in her care from birth on up.