I was completely overwhelmed tonight and didn't handle it well -

Why it’s been an emotionally heavy day

I was completely overwhelmed tonight and didn’t handle it well

Good days and bad days are relative, especially when you’re an Autism parent. A good day might be only having to live through a few meltdowns and a bad day might be absolutely catastrophic.

There are of course, plenty of days that fall somewhere in-between.

Today for me was mixed bag.

Lizze was down for most of the day, which sucks for a million reasons, not the least of which is the fact that she’s truly miserable. Sometimes the struggle is physical and sometimes it’s emotional in nature. Other times it’s a combination of both. 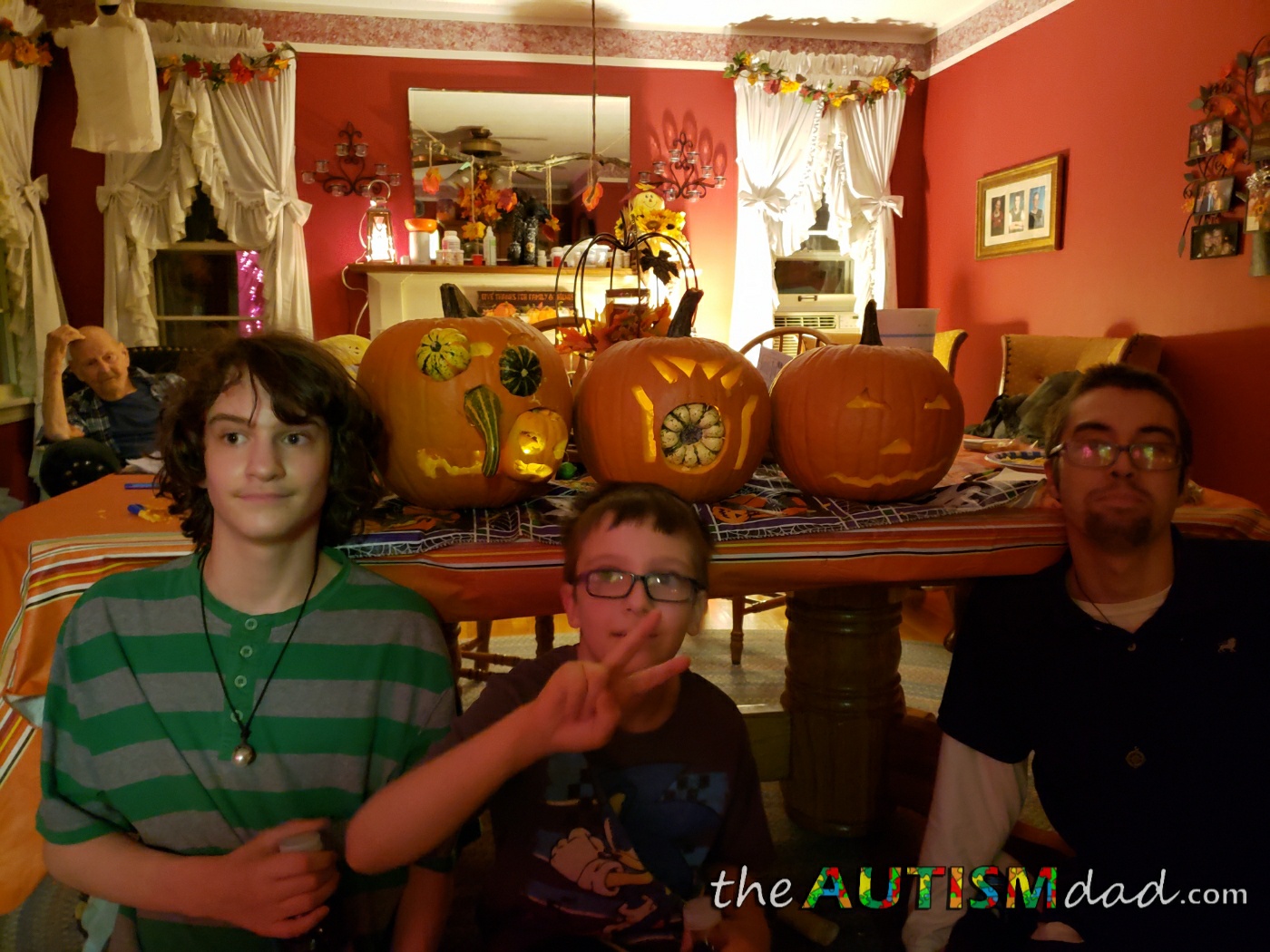 Today was a combination of both and life just wasn’t fair to her.

Anyway, after school today, I picked the boys up and took them to my parents house to carve pumpkins. It’s become a tradition and the boys love it.

Unfortunately, Lizze wasn’t in a place to really go anywhere. It’s not that she didn’t want to, because she did. The problem was that it would have simply been too much for her.

I get it and I totally support her decision. At the same time however, I also realize that means a whole lot more on my shoulders as a result.

The kids are still amped up from family night at school on Wednesday evening. I knew this wasn’t going to be a simple task and with my 92 year old Grandpa living with my parents now, I didn’t want the kids to overwhelm him or my parents.

Wow. If Gavin was able to be quiet for 5 minutes, maybe try doing that several times a week? Maybe it would be too much but maybe not? Take a little timer, maybe one that has a loud DING! and tell him he can’t talk until it goes off. And maybe that would end up being one more thing piled on top of many things you could/would/should do, but you frequently mention how Gavin is driving you crazy.

I don’t envy you…