It’s been a minute since I’ve written anything publicly. I spent some time today writing but it was painful and unfortunately, necessary. I’m hoping to move forward now and put some of this recent shit in the rear view. All I can do is try.

Life simply sucks sometimes, no matter now hard you try to see the positive. Life can suck even when there’s plenty of positive things to celebrate as well.

I’ve been struggling a great deal recently and if I’m ever able to explain in more detail, I will. For now, I’ll simply say things have been difficult and this doesn’t have anything to do with Lizze or the kids. This is all stuff from my childhood. 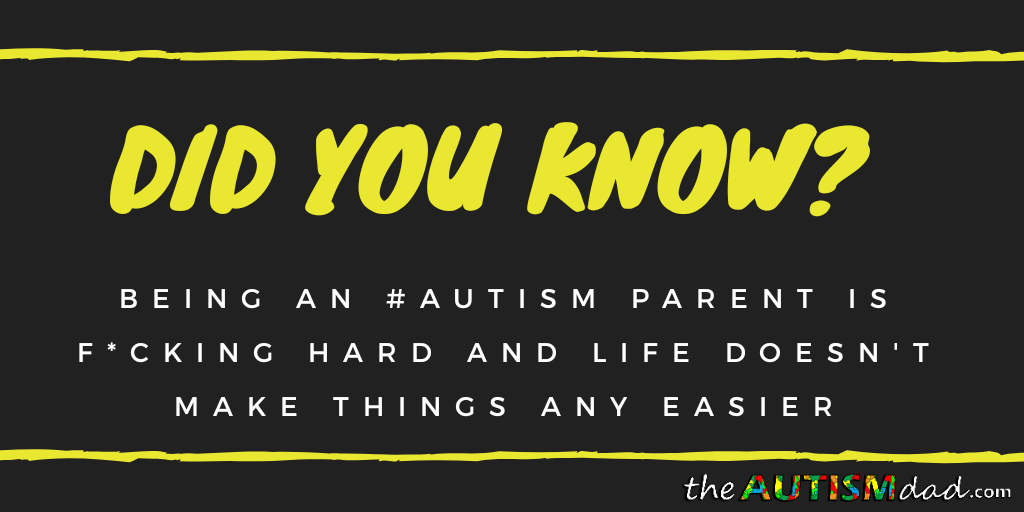 I find it very challenging to focus on the things I need to focus on right now because I’m so preoccupied with things that I should never have been forced to deal with in the first place. Sleep isn’t going so well and while I’ve been doing better at not clenching my teeth over the last 24 hours, I’ve got tension headaches and nightmares to contend with.

It’s safe to say that my ability to cope is hindered right now.

As a result, things that would definitely bother me anyway, are bothering me to a much greater extent. Gavin is a perfect example of someone I’m struggling with.

Gavin is doing a great deal of talking. I’ve made it very clear that I can’t handle hearing everything that pops into his head. It’s driving me crazy to hear him tell me every tiny little thing going on with him. This morning involved lengthy, needless, painfully uncomfortable, awkward and incoherent conversations about poop and how he got poop on the bathroom floor. He incessantly talked about whether or not it was actually diarrhea. He wouldn’t quit and neither would my thoughts of standing up and running into the wall as hard as I can, just to knock myself out. I need him to stop talking to me.

Normally, I could have navigated all this better and more gently guided Gavin back on track or simply ignored him when he wouldn’t stop talking.

Currently, I lack that ability.

I’m overwhelmed and as I’m writing about being overwhelmed, he standing here telling me about his diarrhea again. We just had this fucking conversation. I was able to nicely remind him that we weren’t talking about that anymore for now and he walked away. Literally 30 seconds later, he comes back and begins telling me all about his new tablet game. He’s already talked to me several times about this particular game today and I had to flat out tell him to stop talking.

I hate doing that but I simply can’t take it sometimes.

Here’s a news flash… Being an Autism parent is fucking hard and that’s on the very best of days. It’s nearly impossible for an Autism parent to go through anything significant on a personal level and still be a functioning, coherent, patient parent. I’ve not found a way to do this effectively or for any significant length of time..

Autism parenting is demanding and all consuming.

I’m going to end this here because getting this far has taken me all day. I keep getting pulled away from work to do any number of things or I end up ditracted by incessant talking. I can close this up on my terms and right now that feels like a positive thing. ☺

It’s ok to have bad days/weeks when you don’t cope. It’s human. At times when I’m alone I pull over… https://t.co/ghivqLOYT2