We had some excitement today

This is what happened when I took my son with #Autism, shoe shopping today


Alrighty, I’m super excited about today because after school, I get to take Emmett, shoe shopping. I love Emmett to pieces and would do anything for him. At the same time, he’s not a fan of things touching his skin. He’s very sensory oriented and things like clothes, shoes and socks can be annoying and sometimes even painful.

As a parent it’s frustrating because we’ve spent hundreds and hundreds of dollars on shoes over the years that ultimately get donated because he’ll wear them once or twice and never again.

I could lie to you and say that it’s not frustrating but that’d be a lie and not what we do here. It’s incredibly frustrating because we can’t afford to do this. 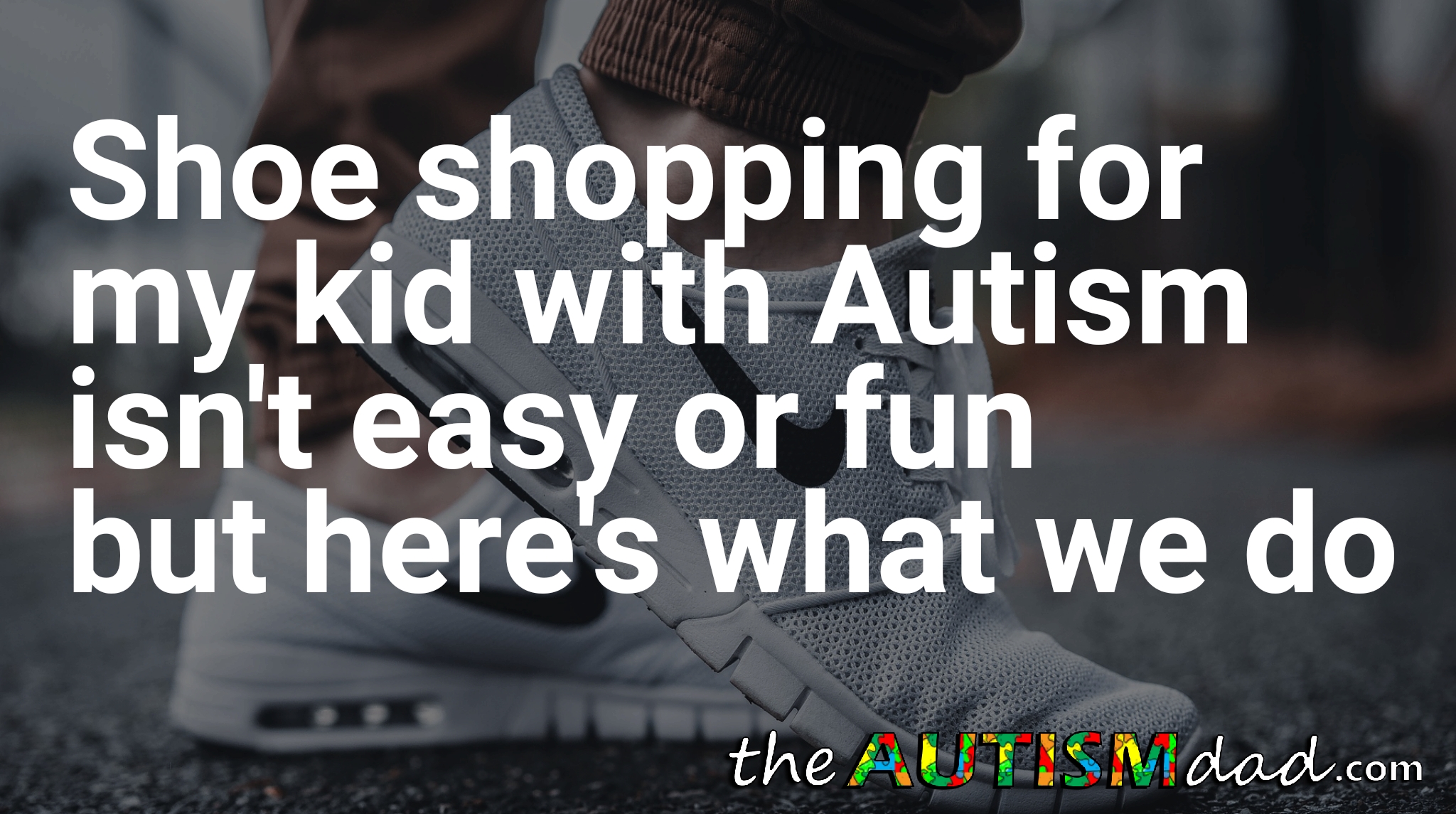 That being said, it’s very important to understand that this is outside of his control and while it’s frustrating for me as a parent, I’m not the one who has to physically live with these sensitivities.

It’s not fair that he can’t just put clothes on and be okay with it. All he wants to do is be okay with clothes, socks and shoes. He tries so hard and while we test his limits and challenge him to work though it if he can, we never push.

Anyway, he’s made a tremendous amount of progress over the years and for the most part, clothes are okay-ish. ☺

The big thing is that this pair of shoes he has on right now, he’s had for most of 2018 and he’s still wearing them. That’s pretty fricking amazing. That’s literally never happened before. We found a pair of Skechers that he’s been able to wear everyday and he actually likes them.

Unfortunately, they have begun to feel funny because he has worn the insides out a bit. He won’t wear socks but he wears the slip on shoes and they’ve begun wearing out. Most people probably wouldn’t notice the things he does. He notices though, and that’s all that matters.

Part of me is excited to take him shoe shopping because maybe we’ll get lucky again. The other part of me is worried because I don’t know what he’s going to feel like if he tries the new shoes and they won’t work. He’s going to be so upset with himself and nothing we say is going to make it better.

This isn’t about changing who he is. It’s about helping him overcome an obstacle, that interferes with his life and encouraging him not to give up. It is possible to challenge his limits and also respect them at the same time.

Sensory issues have been very challenging for us and it can often be very frustrating as well. It’s okay to be frustrated as a parent because that’s a very human reaction. At the same time, I have to maintain perspective as well. It’s important to remember that as frustrating as it can be for me as his parent, it’s a million times harder on him.

I never want my frustration with the situation to be received as me being frustrated with him.

It’s not his fault and we will continue to help him work through it because he’s our child and we love unconditionally. ☺

Oh gosh reading this again has reminded me of the dilemma with @jlandpartners and the dogs. we have… https://t.co/Oxj2kWknHH

There are thing you can do to make it easier on him. Does the sales assistant have to touch him? Ca… https://t.co/5snk7K16ZI