It's been a rough couple of days and here's why -

We have a very exciting morning ahead of us


I have been sorta off the grid for a couple days and there’s a few reasons for that. Mostly it’s because I’m depressed, tired and just haven’t had the energy to put my thoughts together. Another is that I’ve been hit with a couple hate mobs and even a death threat on Twitter.

Most Autistic adults are amazing people and I’m blessed to have many as friends. My wife is Autistic and so are all my kids.

There’s a very small, but incredibly vocal subset of Autistic adults who are very aggressive, rude, hateful, intolerant and simply mean people. They say some truly vile things and seem to think it’s okay to threaten people who don’t agree with them. I was lucky enough to the target of these hate mobs, threats of violence and even a threat on my life this week.

This was because an old poll got reshared. The title was Has being an Autism parent had an impact on your physical and emotional health? The second post that created unnecessary drama was Fixing what’s broken in the Autism community.

The fact that I wrote these, both actually positive posts, meant I was a monster, terrible parents and my kids would be better off if I were dead. The first post was about raising awareness for selfcare and was simply a poll meant to get parents thinking about selfcare. The other was about uniting the different groups within the Autism community, so we accomplish more and do better for our loved ones with Autism. 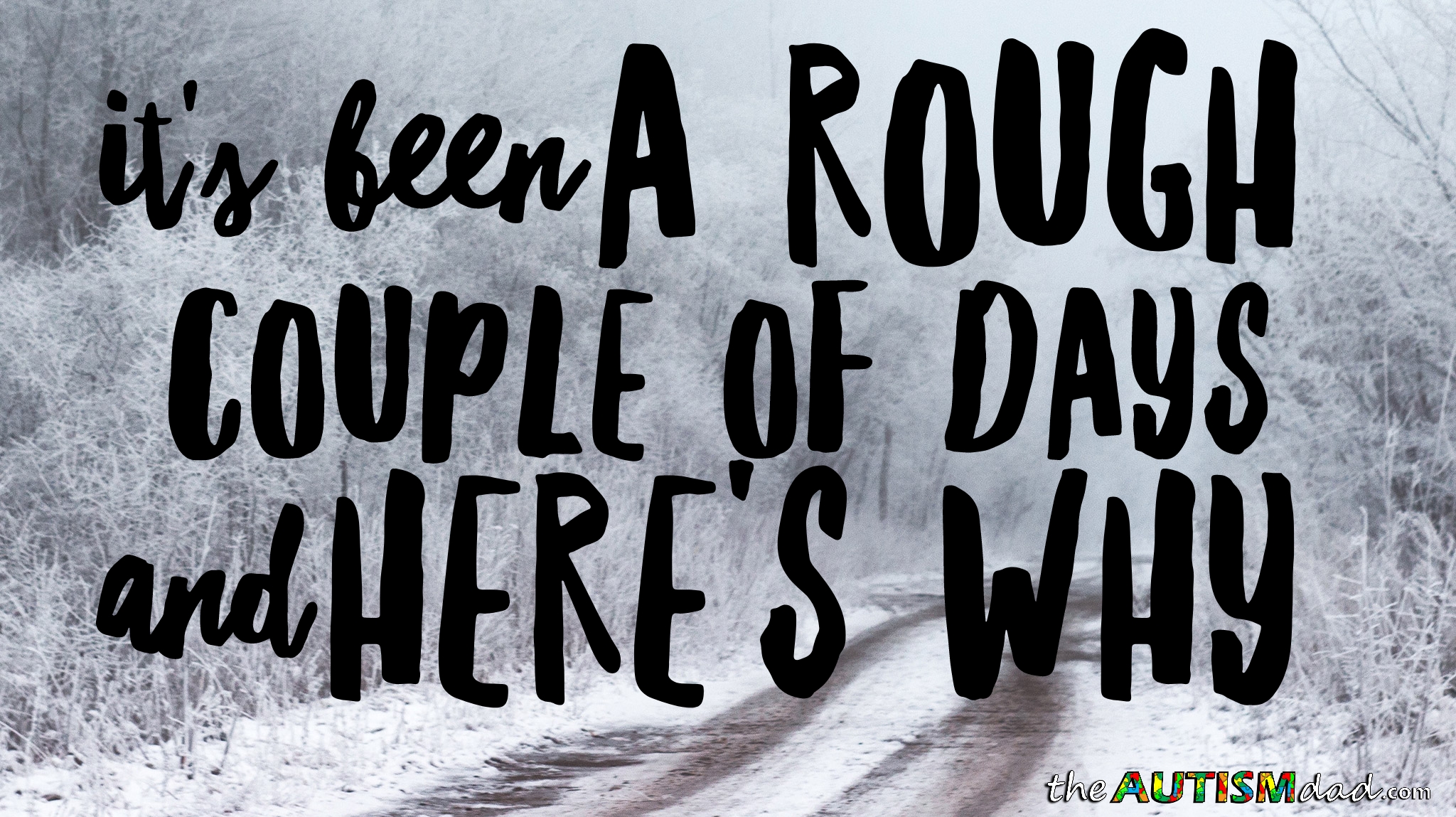 My words were grossly misrepresented and few people bothered to read the posts for themselves. They just attacked and attacked. There was absolutely no reasoning with them. I was accused of promoting the genocide of Autistic people and wishing that my own kids were dead. It was, and frankly, still is unbelievable. It’s still going on but I’m walking away from it.

Also, unfortunately, there are certain trolls on the internet who get their kicks pretending to be people they’re not, just for some twisted internet kick by saying they are representatives of a certain group, so they can begin online harassment of people, such as yourself, who are trying to help people who are in the same situation as you are. As with every cause in life, at the start, there is usually one camp, one objective. But as time goes by, new information begins to develop, the camp begins to splinter into different groups of thought and eventually different outlooks and dogma begin to grow. And soon the groups come into existence, with very extreme and different opinions, begin attacking other groups. Groups that want more research to find a cure for autism vs. groups that don’t want a cure and want Autism to be left alone. What I call “the X-men factor of Autism. I’m sorry that a certain misguided group of those on the spectrum cannot see or want to see what you are doing for Autism as a whole. Not harm but good. We who follow your postings know it is not easy for you to bare your personal life and put it right out there for everyone to see. It’s a truly admirable thing that you do but it helps a great many people who find themselves in the same situation. I have dealt with autism for over 35 years with our one son as well as retiring from my job working with both autistic adults as a counselor in a group home. I applaud what you have been doing for the benefit of people you will never meet but people who now feel that they are not alone in what they feel at times and how they pull themselves up by reading about your life with your family and the bad times and the good times. You are a great father, a good man and a great human being. Don’t let these certain individuals, whether actual misguided people on the spectrum or fake twisted trolls who get their abnormal kicks from pulling someone’s chain online, give you pause to think about whether you are doing the right thing with your postings. You’re doing the right thing by showing the world what it is to be the parent and caretaker of people on the Autism spectrum. You’re a good man.

Thank you. I truly appreciate your feedback and positive outlook. We need to maintain that, even when things get discouraging. ☺

I was incensed. Desperately wanted to tell them off on your behalf. In the end, I barely managed to avoid doing that and just blocked. There is no reason to argue with people determined to misunderstand. The only thing that held me back was the knowledge that the idiots would descend on me, and I just don’t have the energy or emotional bandwidth for that. I HATE IT when my friends are unjustly attacked.

I think they’re mistaking you for the type of parent who only shares their autistic children’s worst moments on the internet; moments most would want kept private, such as if they ran naked down the street or had a violent meltdown, all without the autistic person’s consent (they don’t ask or assume the child doesn’t understand as if that makes it okay).

There are parents who exploit their autistic kids for pity, attention and an ego boost. They’re usually the parents who say they hate autism and want it gone, not realizing they are destroying their child. And they are worse if they’re antivaxxers too!

You are not one of those “Autism Parents(tm)” (or Autism Paaaaarents as some will type it) because you share good times too and you don’t spill out every little detail of autistic behavior.

Caring for anyone who is dependent can be stressful and you should be allowed to vent. You don’t violate your kids’ privacy and that’s the difference. Perhaps the nasty people will back off if you can state you have their consent to post what you post about them.

BeckyW
Reply to  CC Me

I only read a handful of those comments. But they were literally judging Rob on ONE word in one old retweet. It ranged from concern he considered his children a burden to much, much worse. People determined to willfully misunderstand don’t deserve any response. They may even be nice people IRL but on Twitter? They were, quite frankly, assholes.

CC Me
Reply to  BeckyW

Yeah, unfortunately, there are autistic people who get a bit too militant against parents. I try to tell them “read the whole post before you take your claws out at this person” but sadly that doesn’t appear to work. I’m sorry you and Rob have to deal with the mob mentality.

Good parents elevate their childs’ needs and voices, while Autism Parents(tm) push their own agenda and their children are props in their story. Rob doesn’t make his kids or his wife props. 🙂

You’re very brave thi pt yourself out there, and be so open about your depression and feelings in general. I also have pretty severe depression and anxiety, and really don’t feel comfortable opening up to anyone. It always seems to backfire and things end up much worse. Pretty far down today, but o hope your day is going well, and I’m so glad you were able to have the person making threats shut down.

Thanks Shari. Are you doing okay? I’ve personally found that if I have no one to talk to, I can send out a tweet about how Depression is impacting me in the moment, included #Depression #mentalillness and the response is very positive. There’s a lot of us looking out for each other. Sometimes just hearing that someone gets it, even if that someone is a stranger, can provide a great deal of comfort. ☺

There are some absolute arseholes out there on twitter. Glad you are ok and are on the mend. I think i saw some of the tweets.

Rob, I would block all of these idjits. Seriously. If they are going to try to destroy you over ONE… https://t.co/Vqz2MMMTJD

I’m so sorry that you had to endure this nastiness. Unfortunately I received a small taste of it wh… https://t.co/z27lHbW0p3

Well if they are twisting your words and misrepresenting you you can only try to clarify and correc… https://t.co/zi4bUybb4H