Poor Emmett didn't make it through the day -

How is this even f*cking possible?

Poor Emmett didn’t make it through the day


After waiting in the school parking lot for an hour, I went in to check on Emmett. He was in martial arts at the time and we went down to check on him.

He was practicing with weapons for the upcoming tournament, which he’s incredibly excited about.

I could see from a distance that he was struggling and when he came over, he was almost in tears. It broke my heart to see him like this. He was trying so hard to make it through the day but he asked if he could come home. Everyone agreed that he should go home and after picking up his things, some school work, and saying our goodbyes, we were on our way.

I’m glad I stayed because it sorta expedited the process for him and I was able to be there for him when he needed me. 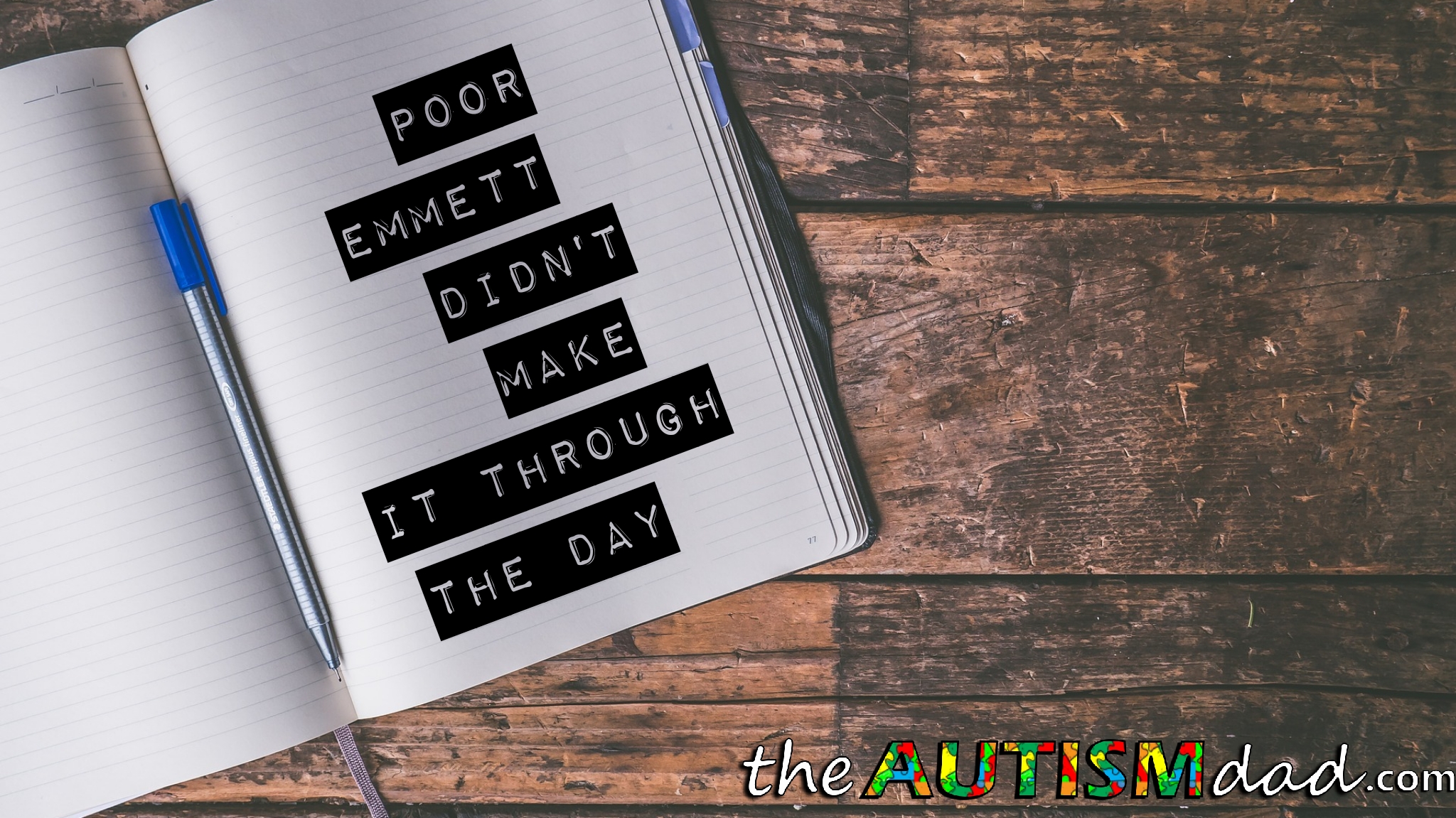 Unfortunately, he’s in a horrible mood now. He’s very, very easily frustrated and has had a couple meltdowns over the last few hours. He’s miserable and his threshold for anything is almost nonexistent.

He likely has the next couple of days to rest because it’s almost a certainty that school will be closed until at least Friday.

I’m hoping to hear back from his doctor and learn the results of his recent testing. If it’s food related, we can make the needed changes but we need a direction to go in.

I’m sorry Rob. At least he went to some school which in itself is positive. Hopefully if the schools are closed for a couple days he can recuperate. Poor Emmett.

Thanks Becky. He’s more likely to try when he knows he can actually come home if he needs to. It actually worked out very well and it reinforced that he could come home if needed. He’ll be more willing to try again.