While we had some #meltdowns, I feel like we did pretty well this weekend -

If it’s not one thing it’s another


We had a pretty good weekend. I mean, we had our moments but all things considered, it was pretty good. The most exciting thing to go on this weekend was trapping squirrels in our attic.

There were a few meltdowns and I some less than stellar parenting moments but we survived.

Lizze is unfortunately, dealing with the return of her migraine. It’s not as bad as it was previously but it’s worse than it was after her headache infusions. We’re waiting to see if her prescription for the Cefaly device is covered by insurance. We have the preventative one but Lizze needs the one that acutely treats the migraine she currently has. 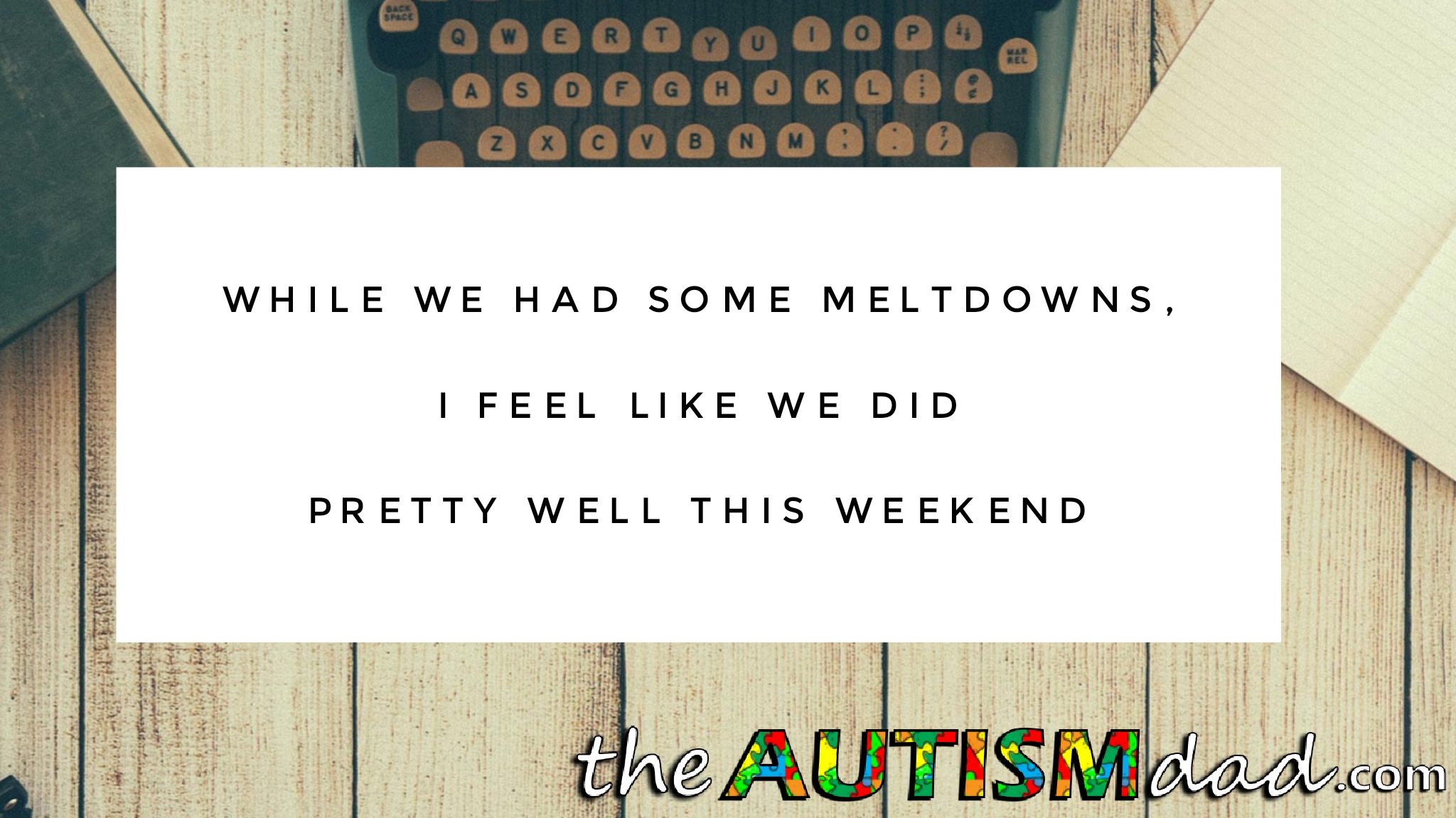 All the paperwork has been submitted. In fact it was all submitted while I was waiting for Lizze to get out of her last infusion. We’re going on two weeks now.

We have a relatively calm week a head of us. Nothing really outside of the normal weekly responsibilities and I’m okay with that.

I may have my first official interview on my podcast this week and that’s pretty exciting. I have two interviews booked, I’m just unsure of the timing.

I’m hoping to get this week off on the right foot and so far so good. ☺

Sometimes we feel “some” meltdowns feels like a nice weekend too. <3

I thought someone offered a free Cefaly device for Lizze.? I take it that didn’t pan out

It did… She has it and uses it every day. The issue is that there are two versions. One version is used for prevention and one that’s used to treat an ongoing migraine. She has the preventative version. This is used to prevent or limit migraines return. That’s important but unfortunately, she’s still battling a migraine and needs the version that can treat an active migraine. There’s a 3rd version that does both. That’s why we’re still trying pushing forward with this.. Makes sense?

Completely!! I didn’t realize they had different versions. I sure wish there would have been something like this when I suffered debilitating migraines as a child and teen, but unfortunately my only option was medication to knock me out.

I also meant to add that we are incredibly grateful for the one we do have. She just needs both versions..

Hope you all have a great week!