You may think me a bad parent for this..

Yes there was a meltdown but I’m still super proud


What a morning it’s been. We had meltdowns before school over socks not feeling right and that sorta set the tone very early on. Meltdowns are never pleasant for anyone, but they’re especially unpleasant for the person experiencing them.

Morning meltdowns are pretty common in my house but they’re not my preferred way to starting the day.

After a quick trip to the school office to make sure about something for Mr. Emmett, he felt better and we were able put a check in the win column for at least getting the kids to school.

We celebrate each victory as they come. 😉

Unfortunately, we had a hiccup in our plans for the rest of the day. Gavin was supposed to be in Cleveland this afternoon for a follow-up in neurology but we had to reschedule for a number of reasons. The first being that I screwed up and forgot to make arrangements for the kids to get picked up from school.

That’s a pretty big screw up. 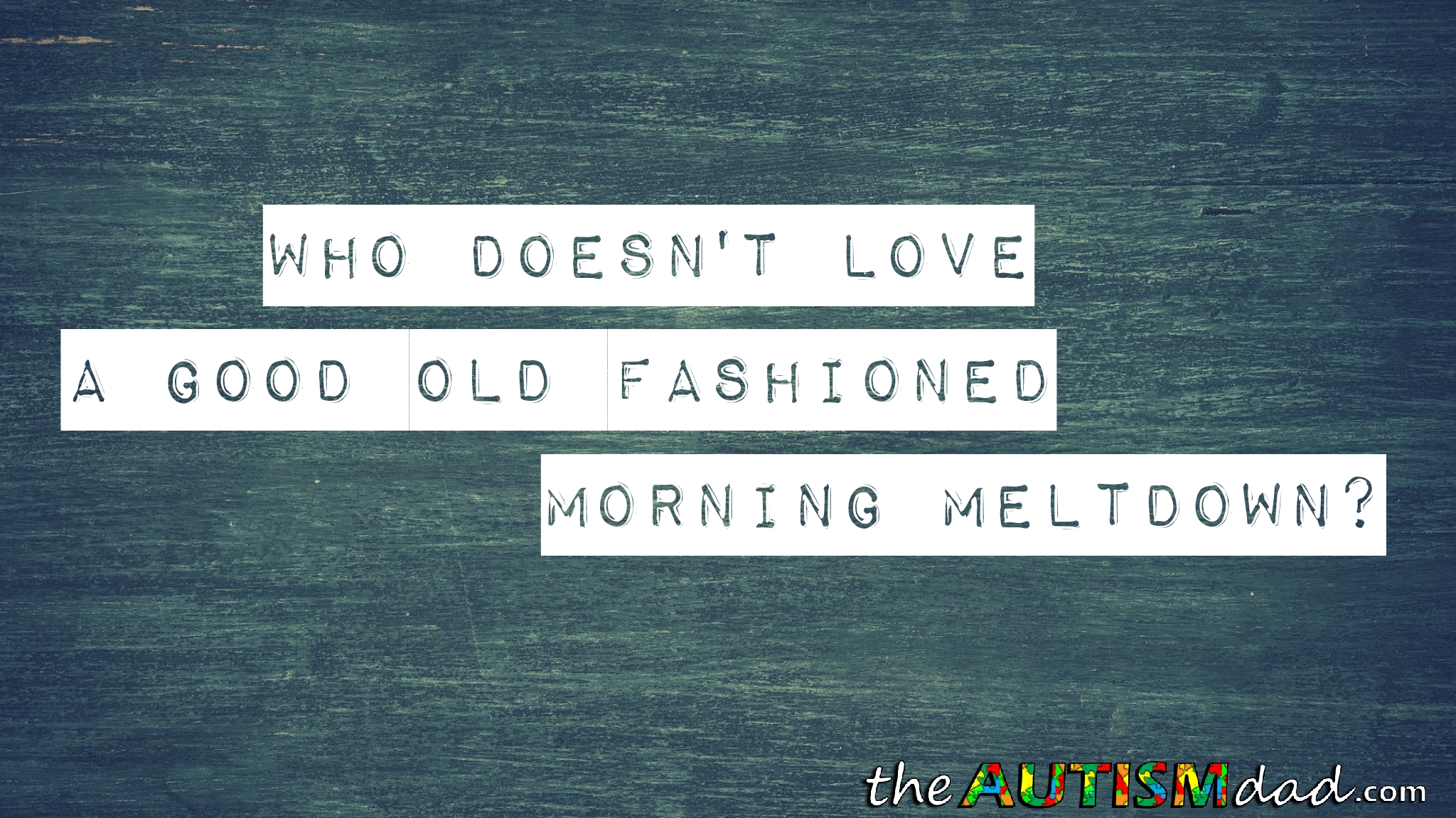 We have so many appointments and this one slipped through the cracks.

No one is available to pick up the kids and we only have one car. Since we can’t be in two places at once, we needed to reschedule.

This appointment was supposed to be last month and they called us to reschedule due to a scheduling conflict that had apparently come up. We’re always understanding of them and they’ve always been understanding of us. It all works out.

Gavin on the other hand is a bit frazzled that his plans have changed. He’s not mad, he’s just thrown off.

As a rule, I hate making last minute changes to anything in regards to the kids because it’s destabilizing to them but sometimes there just isn’t any other option.

At the end of the day, it is what it is and we have to work through it. ☺

I’m supposed to see a neurologist sometime for headaches and dizziness. Do you have any tips for when I see him?