It's been 48 hours since my surgery -

A quick update because it’s been a few days

It’s been 48 hours since my surgery


I wanted to drop you a quick line and let you know how my surgery went. As you may or may not know, I had oral surgery on Friday morning and I was not looking forward to it. I’m not sure anyone looks forward to something like that. Anyway, this was a huge deal for me, and I hardly ate anything on Thursday and barely managed 2 hours of sleep Thursday night.

I took a Valium at 8 AM, right before my Mom picked Lizze and I up.

I was concerned that the Valium wasn’t going to help but by the time I walked into the office, checked in and sat down, it was definitely working. I felt pretty chill and a little dizzy.

The staff knew how terrified I was in the weeks leading up to this moment and suggested Lizze come sit with me until I was put under. I thought that was really nice of them.

I remember sitting down in the chair, Lizze sat down across from me and my doctor walked in. Dr. Dietrich is a friend from high school and really made me feel much more comfortable about something I was terrified to have done. He personally placed the IV, which is kinda nuts because I’ve never known any doctor to take that kind of time with their patients. They usually off load that to their nurse. Taking the time to do that himself, says a great deal about his patient care. 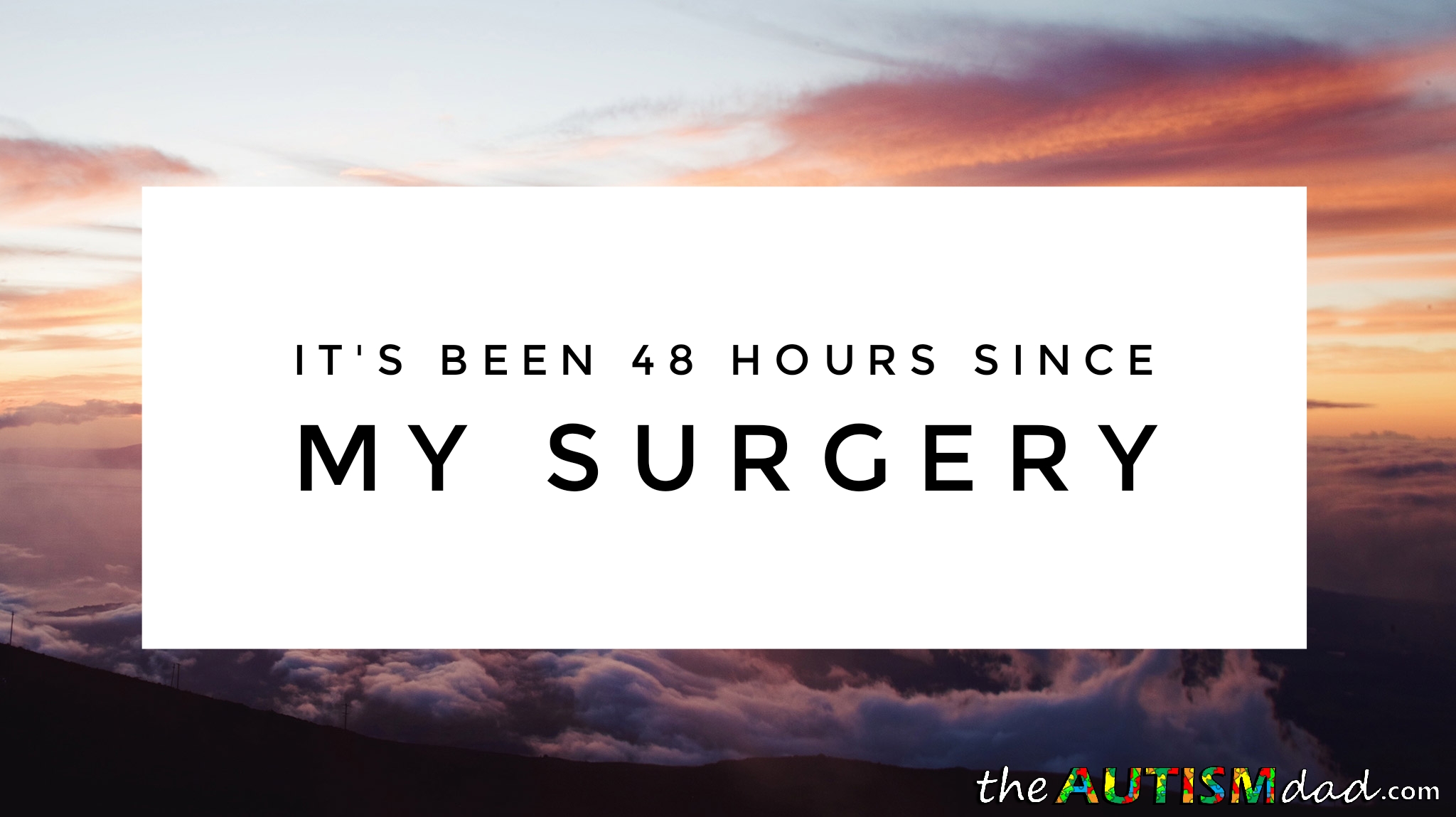 Everything gets a little hazy after that. Someone had recently told me how when they had a tooth pulled, the doctor stitched their cheek to their gums and it healed that way. I was a bit freaked out by that and the last thing I remember asking the doctor was not to stitch my cheek to my gums.

I don’t remember him pushing the drugs. I remember them putting the stuff on me to monitor my vitals, Lizze being told it was time to step out and clock on the wall showing 8:30 AM exactly. I did later remember something about the xray showing a possible small cavity on the molar in front of one of the teeth about to get yanked. It was between them but it must not have actually been anything cause nothing else was said about it. I just had a clean checkup from my dentist, so I’m not worried about it.

That’s it. That’s all I remember.

Glad to hear from you! You’ve been missed!!!

This is great news.

Wish you a speedy recovery