I've been taking #Prozac for about 8 weeks now -

Oh that’s where all the hand sanitizer went

I’ve been taking #Prozac for about 8 weeks now

About eight weeks ago, I began taking 20mg of Prozac daily, in conjunction with the Wellbutrin I was already on.

I wasn’t excited about going back on another antidepressant, but truthfully, the alternative wasn’t an option. When I said I was drowning in negative thoughts, I was referring to constant worries about my kids, their future, my health, my wife’s health, and literally everything else, all at once. Most of these worries were outside of my control and not based on facts but instead based on feelings. It never stopped, and it was impacting me significantly, which in turn was impacting my loved ones.

Life was getting to the point where I had to force myself to go through the motions. Every aspect of my life was suffering, and it couldn’t be allowed to continue. I was still walking each day, eating better and losing weight but it wasn’t enough. 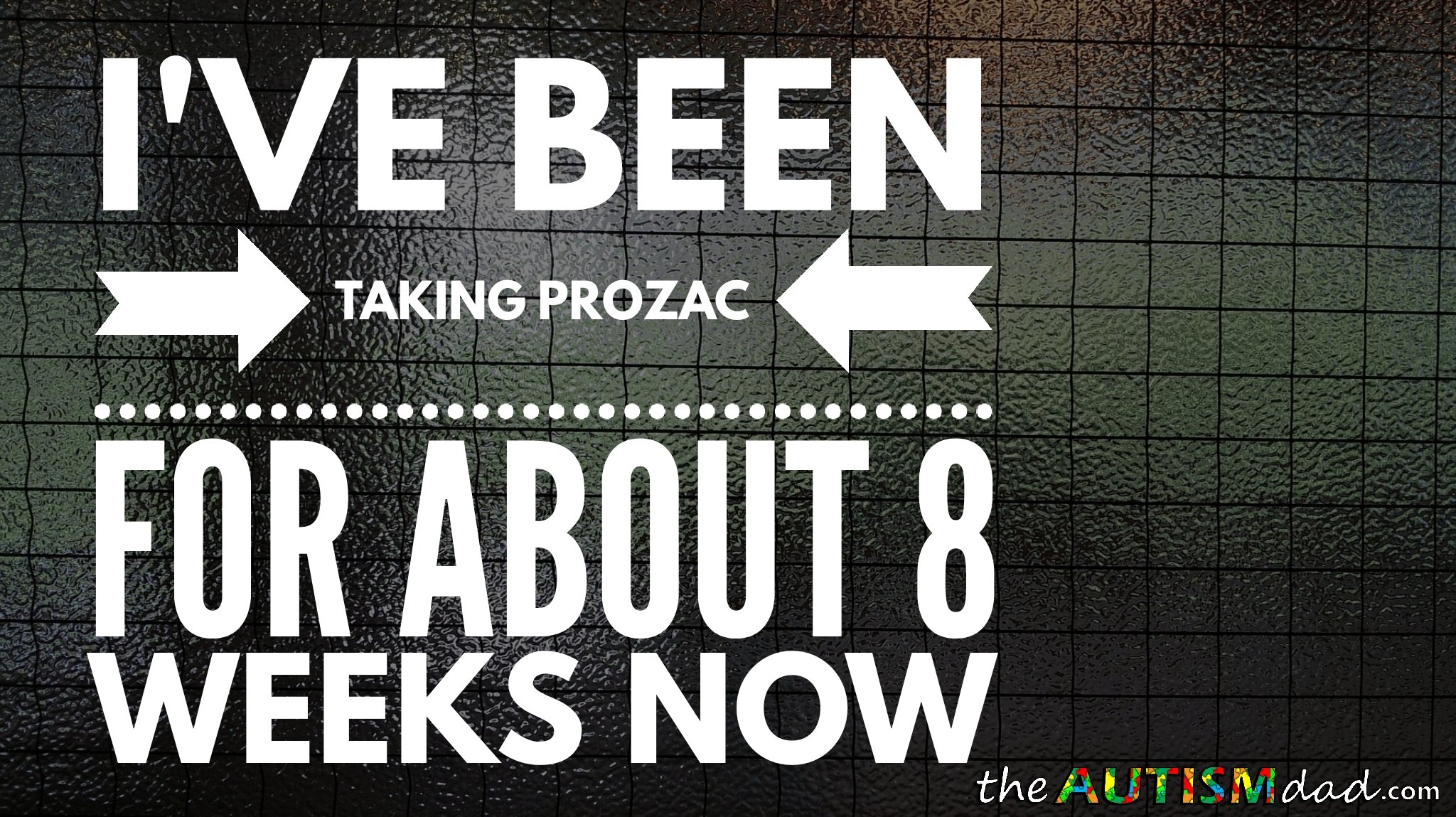 Since beginning the Prozac, I can honestly tell you that I’m feeling much better. Don’t get me wrong, I’m still worried about a significant number of things but I’m not losing sleep over them as much, and I’m no longer drowning in negative thinking. I’m able to write more often, and I’m more highly motivated to continue moving forward.

It’s far from perfect, and I still struggle. At the same time, I have fewer bad days, and I’m happier overall. It’s pretty clear that the Prozac is significantly helping and I’m grateful for that.

There are some downsides to being on Prozac, and the biggest is sweating. Excessive sweating is a common side effect of antidepressants. In my case, it’s mostly the top of my head that sweats, and while most wouldn’t notice, I still feel uncomfortable as a result. There are medications one can take to counter this side effect, but there are times where I do think about discontinuing the Prozac because of this.

At the end of the day, the benefits far exceeded that of the drawbacks, and I won’t stop taking Prozac. There are too many people relying on me, and I need to be the best version of me I can be. Unfortunately, I can’t be that version of me without the help of antidepressants, at least not right now.

I will continue to take each day as it comes and deal with life as best I can. I’ll will also continue to speak openly about my struggles because there is no shame in suffering from mental illness. The more we talk about it, the better we as a society will be.

I’m curious why your PCP is so comfortable prescribing different drugs to treat your depression without encouraging you to get into individual therapy. Or if he/she is encouraging you, why aren’t you listening? I get that your depression is chemical and that it is made worse by your life, but a good therapist would give you the tools to deal with your life and work through its problems rather than spend every day ‘triaging’ and putting out fires and thinking that walking and hope are going to cure anything.

Kim, once again, I appreciate the concern. I did individual therapy and found that it was not as beneficial as talking to our family therapist. I see her every week, whether the kids are there or not. My PCP is not just throwing medications at me. I’ve been on Wellbutrin for many years and was on Paxil already when I became her patient. I got off the Paxil over a year ago and started Prozac 2 months back. That’s perfectly reasonable and frankly, very conservative. There is no amount of therapy, medication or anything else that will negate the impact that chronic stress has on my life. Walking and writing are incredibly therapeutic for me. Depression isn’t cured, it’s managed, and I’m taking care of myself as best I can, especially considering all the responsibility I carry. Again, I do appreciate your concern as always.

I started taking Prozac around the start of the new year and wish someone had pushed me into taking… https://t.co/UU60bIOZlU

So glad to know that you are finding relief working closely with your doctor. Your message about he… https://t.co/HQpOAQB8bb

I’m not going to say ‘stay strong’, because you obviously already are. Depression is a seven headed… https://t.co/DiZbKq7IqM