Oh that's where all the hand sanitizer went -

It’s a race against the weather

I’ve been taking #Prozac for about 8 weeks now

Oh that’s where all the hand sanitizer went


In our house, we keep hand sanitizer in key locations. The reason for that is that not everyone is mindful of proper hygiene and touching up with some Purell is necessarily a bad thing to do before touching or preparing food.

We also keep hand soap in the bathroom and kitchen because that’s the preferred method of hand cleansing.

Anyway, we go through so much fucking hand sanitizer, and it I’ll give you a clue as to why. His name begins with Ga and ends with vin.

Mr. Gavin feels the need to use hand sanitizer constantly. As an example, this just happened. 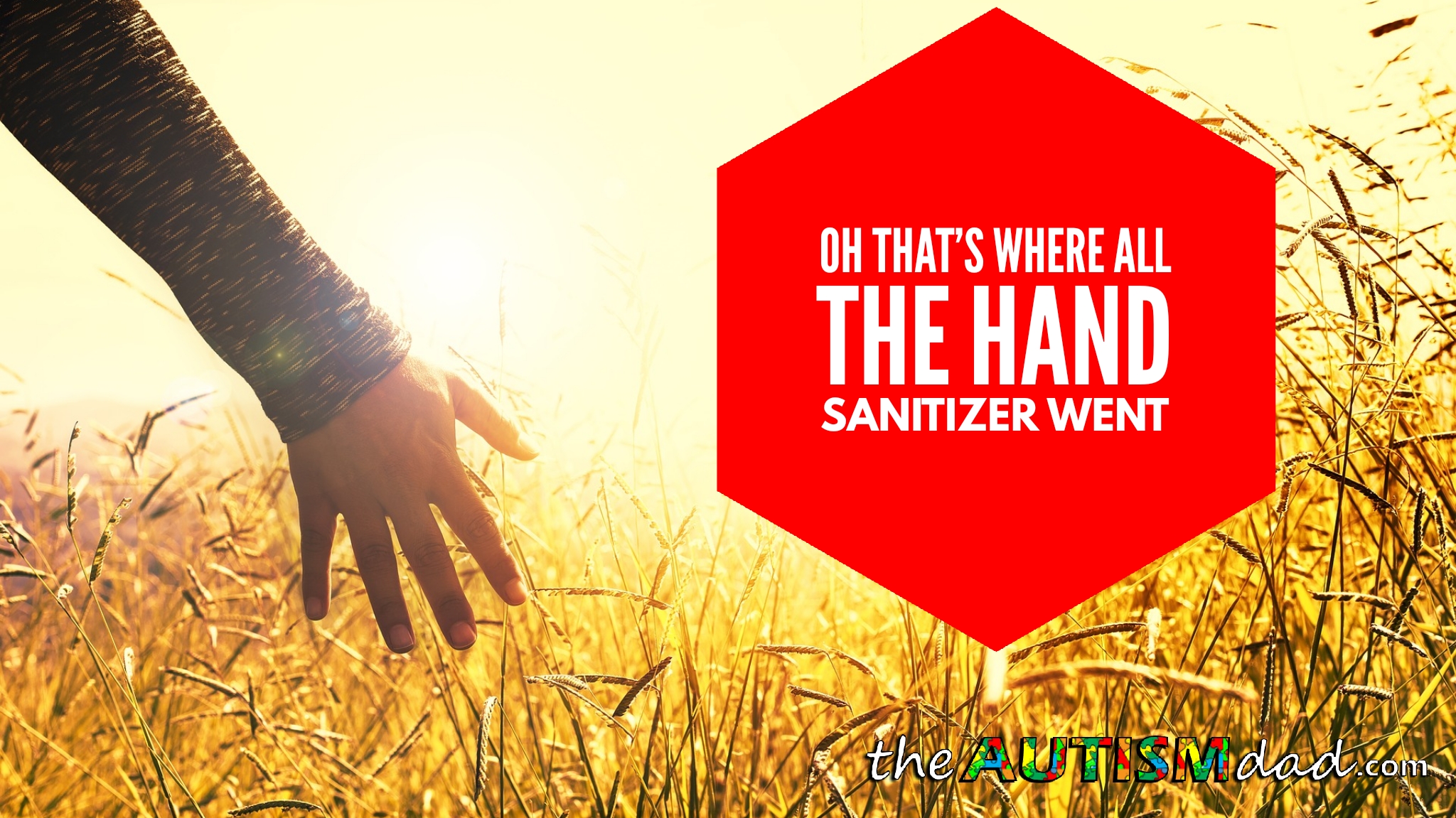 I finished my walk and swung by the house to drop Ruby off, as well as pick Gavin up for his bloodwork. He had just left the bathroom before climbing into the car. As we were driving down the freeway, he asked me for the hand sanitizer I keep in the center console. I passed it back to him before asking why.

When I did ask, his response was, I just want to be sure, and besides Dad, you can never be too careful.

I asked him why he feels the need to do this, and he explained that essentially he’d touched things since he hand sanitized a few minutes ago, so obviously, the only thing he can do, is do it again.

That got me thinking, and I realized that we need to quickly put some restrictions on this because it feels like this may be more compulsion than anything else. The more that he does this, the more he’s going to need to do it. Gavin gets this way with things, and we have to be careful.

Hand sanitizer is very convenient in a pinch, and I like having it available as well, but it can also be abused. The bigger concern honestly, is that he’s developing a fear of germs.

Since his hospital stay, Gavins been incredibly preoccupied with his health. I mentioned the other day that Gavin is reporting every single, tiny little issue he has. If he sneezes, even once, he comes downstairs to tell us that he just sneezed and is worried that it might mean something. We are constantly hearing things like I coughed, my eye itched, my nose is stuffy, my knee just hurt for a second, I just had to pee for the second time today, and my personal favorite, my foot itched.

He’s become obsessive about these things for the first time in his life and it’s odd that he’s only worried about the things that pretty much ridiculously benign, while the rest of it doesn’t even register on his radar.

We don’t want this to turn into an ongoing problem, where he becomes a hypochondriac. We spoke about this with his psychiatrist yesterday, and it’s something we will be working on.

Anyway, it’s just more thing to keep on our already overcrowded radar, and address as we move forward.