He gets very angry and looks for something to hit -

The stress is unbearable

I’m hoping Emmett will go with me

He gets very angry and looks for something to hit


I wanted to briefly talk about therapy tonight because we spent it trying to address some problems we are experiencing with Gavin.

We spent time talking with Elliott first, but then an issue arose with Gavin that sorta derailed things.

Gavin is an amazing young man, who’s come a very long way over the years. Unfortunately, Gavin also has a temper and very little ability to manage it.

Roughly 80% of the time that Gavin makes a mistake or needs to be corrected, he loses his temper. This is usually because he can’t accept ever making a mistake. When this happens, he gets very, very angry and will look for something to hit. Usually, that something is himself. He punches himself in the face or hits his legs. He also contorts himself in awful ways, as he tries to break his ankles. While he’s done serious damage to himself over the years, some that required hospitalization, he’s never broken a bone. 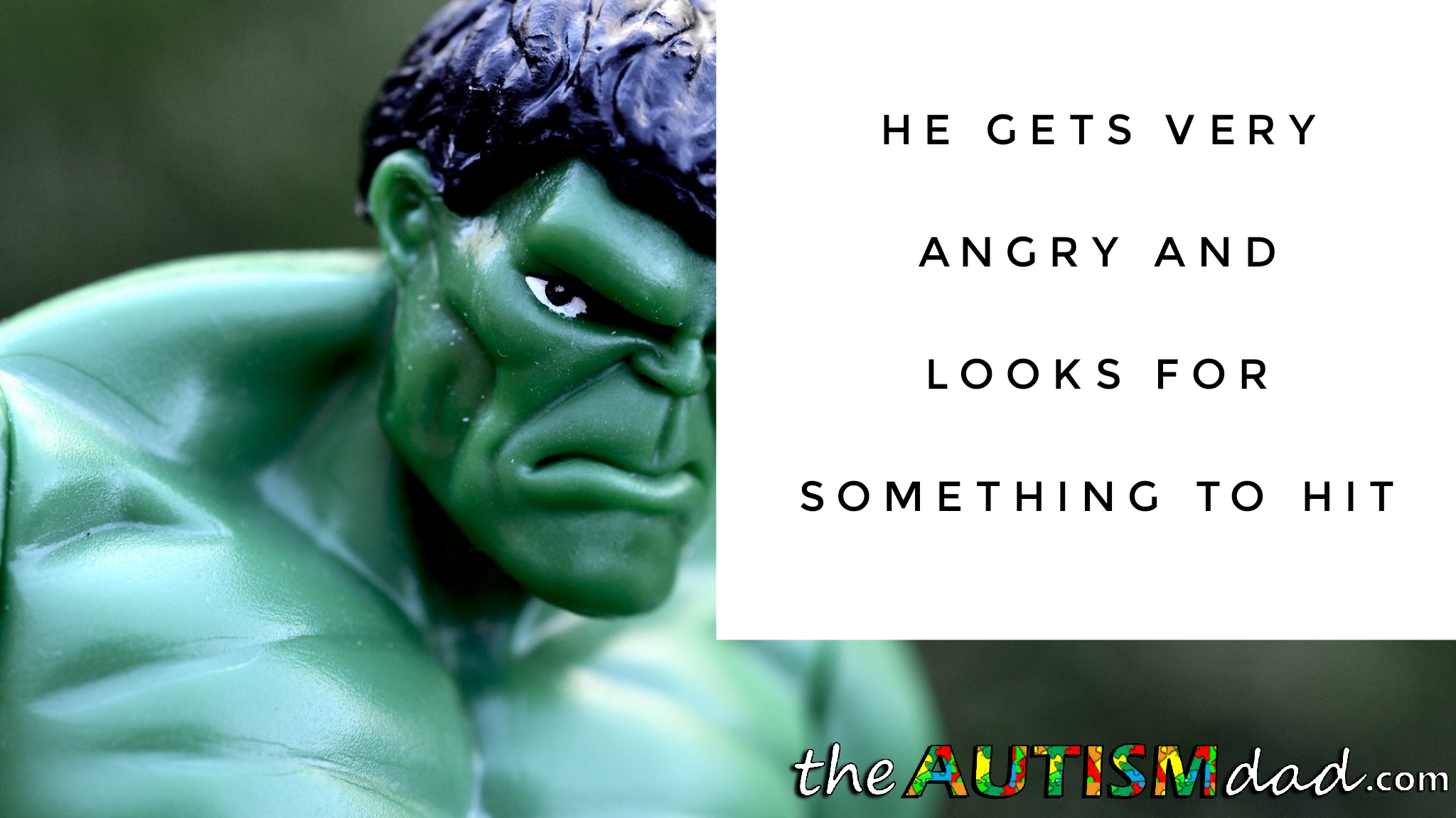 We’re seeing an uptick in these outbursts, and he had a few while at therapy tonight.

The focus turned to Gavin as he was freaking out on the floor because he was upset. While we were able to calm him down, I don’t think he learned anything from the experience.

We’re trying to help him find ways of better handling his frustrations, but it’s an exhaustive process, that will likely see only minimal success if any at all. That’s not because Gavin isn’t doing his very best; it will be because of his limited capacity to learn from life events.

While therapy was difficult, he did recover and ended the day in a good mood.

I’m completely drained, both emotionally and physically. It’s very hard to work and even simply coexist with Gavin. I will touch more on this tomorrow. For now, Im going to sleep while I can.

Yes, how can you learn if you are freaking out. It’s not your life and it’s not an event.

It is an event for the other people in it. Those who can learn; do.

Empathy for Gavin and the way he wants to hit.