As an #Autism parent, I never take these for granted


There’s been a pretty major snag today. Gavin’s IVIG infusion supplies have not yet arrived. It’s been a few months since we’ve had any problems, and maybe they’re out for delivery today, but it’s put his infusion on hold.

I have a call in but haven’t heard back yet. For that matter, we still don’t have his new sharps container that I ordered last week. I’m not sure what’s going on.

The pharmacy policy is that expect your order, unless you hear from them.

I’ve not heard back from them, so everything should be okay, based on their instructions. 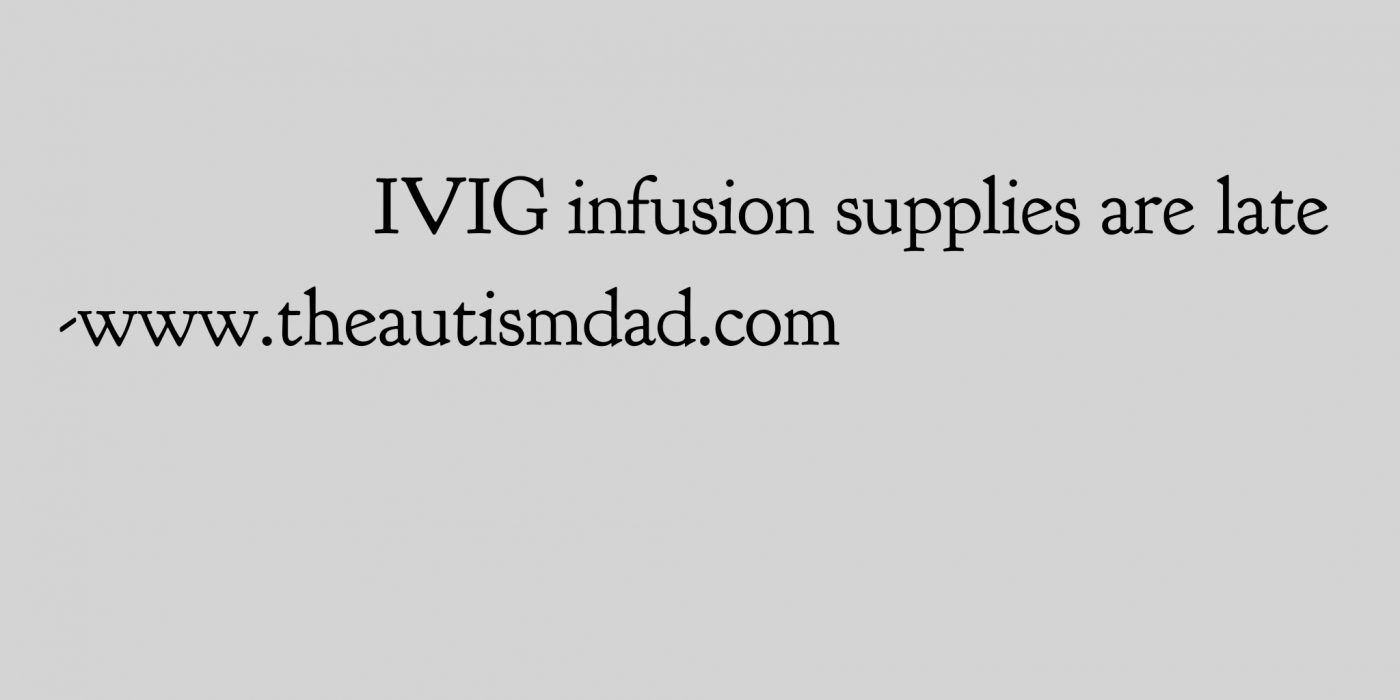