#Autism, #Vaccines and the doctors appointment from HELL -

There’s no way to win this war with #Autism involved

(Review) This TENS Unit is Amazing

#Autism, #Vaccines and the doctors appointment from HELL


I didn’t think this appointment was going to be a huge deal. I thought it was a well/medication check, and I was right. Unfortunately, part of the good check meant two vaccines for Elliott and ear flushing for Emmett.

Truthfully, the appointment was a nightmare before we even knew there would be shots or flushing.

Elliott and Emmett were in rare form, bouncing off the walls, fighting, and incessantly talking while I was trying to speak with the doctor. Then, of course, we learned about the vaccines and ear flushing. Once that happened, the bad dream turned into a nightmare. 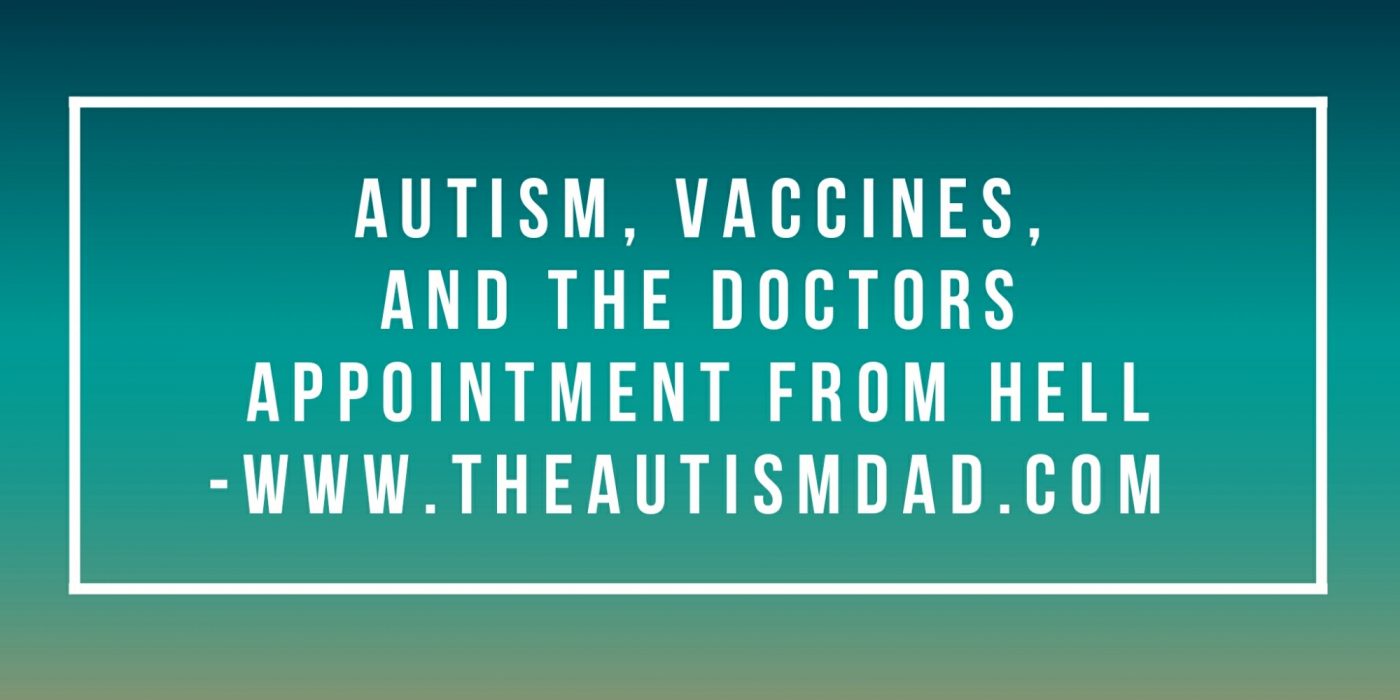 Elliott massively freaked out. He was already incredibly anxious because he was at the doctor’s, and this pretty much shot him through the ceiling, no pun intended.

It was awful, and I really struggled to keep everything under control. Lizze was with us but unfortunately, she was downstairs getting her blood drawn. Neither one of us expected this, otherwise, she would have waited to get her blood work done.

She was able to join us, shortly after Elliott learned about his vaccines. He needed his first HPV and something else. I don’t remember the second one off the top of my head. Either way, it was a horrible experience for all involved.

Emmett’s ears were completely occluded and needed to be flushed. Generally speaking, he likes the flushing because he thinks it feels good. I’m guessing it’s a sensory thing. This time, however, he didn’t enjoy it one little bit. We were able to clean out most of the gunk, but we called it quits because we didn’t want to traumatize him any more than was necessary.

Unfortunately, there wasn’t the same wiggle room with Elliott because the vaccines are a completely different animal.

Something noteworthy in regards to Elliott. Based on both behavior and sleep disturbance patterns, she’s concerned about Bipolar Disorder as well. While we are going straight down the rabbit hole, we are getting referred to a new psychiatrist for further digging.

At the end of the day, we survived, but this appointment lasted over two hours and I’m done for the rest of the day. ☺