We received some bad news


I had Maggie outside this morning in the yard. She’s been irritating me lately because she takes forever to use the bathroom. This morning was no exception.

When she didn’t come back up the steps, I went down to find her.

She was obviously looking for something but was unable to find it. Turns out the was a baby robin in the yard, chirping it’s little head off. Maggie’s not an aggressive dog by any stretch of the imagination. I walked over to the baby bird and helped nudge it out of the open and in tons one brush. 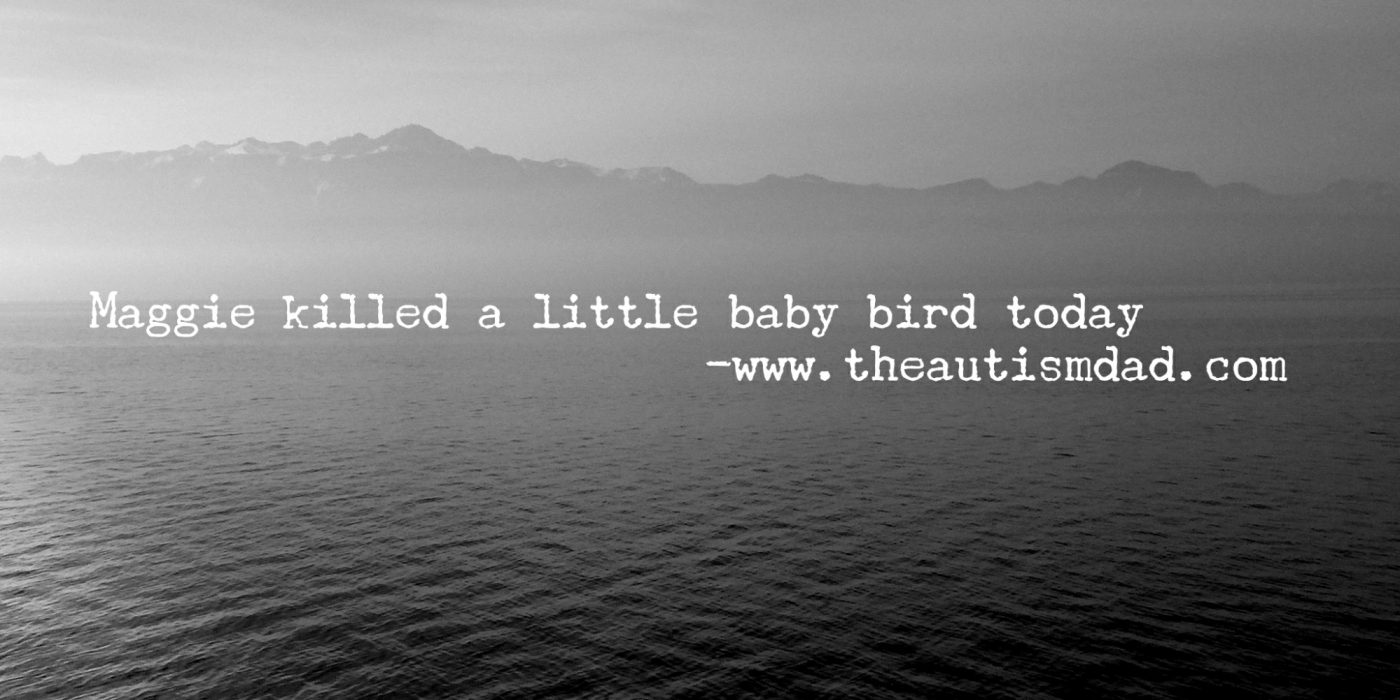 My goal was to keep it out of the open because I didn’t want Maggie to go after it. I also know that there was a stray cat stalking it from the other side of the fence.

As I went to gently move it, the unthinkable happened. It began flapping around the yard and Maggie went after it. The only positive thing is that it was over instantly, and the poor thing didn’t suffer.

This was really surprising because she’s so gentle with our cats and ferrets.

Either way, it was really sad. As someone who loves nature, this was horrible to see. I realize some people would say it’s only a bird, but it’s still a life, and it matters.