I’m not coping so well this morning


Disclaimer: This post is what happens when I’m too tired to really be writing, and I don’t pay close enough attention to autocorrect. Reading this back to Lizze last night, we thought it was too funny to fix. See if you can figure out what happened.

Gavin had a pretty massive meltdown yesterday. He’s was making his dinner, and decided he was going to have children patties. Let me pause right here for just a second. It needs to be said that Gavin is making his own dinner and that’s freaking awesome. ☺

He came into the living room and asked how long should he put two children patties in the toaster over for. 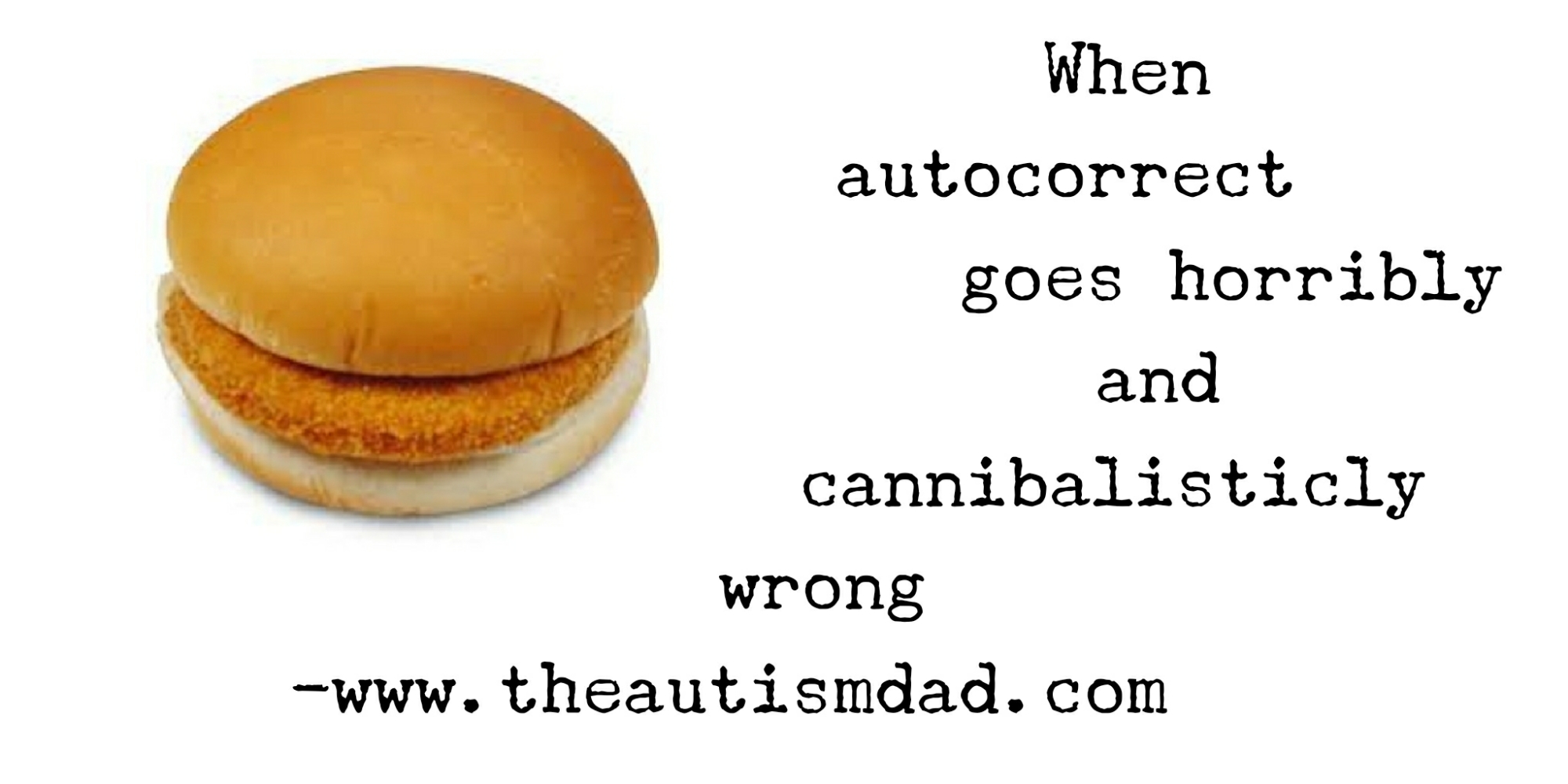 He fought me on it for some reason.

I questioned him because I didn’t know if he had tried to fit two in there and couldn’t figure it out, or he simply didn’t think it would work, so he gave up. Frankly, both are concerning to me.

If he tried and couldn’t figure it out, I was concerned because that would almost be like saying he couldn’t figure out how fit two children patties on one plate at the same time. He’s cooked children fingers and children tenders in the air fryer many times before.

If he simply didn’t think that they would both fit in the air fryer, and gave up before trying, that’s a concern as well.

This is why I was questioning him and didn’t let it go right away. I wanted him to think through this and problem solve, rather than give up without even trying.

I told him to go back into the kitchen and see if he can figure out how to fit those two children patties into the air fryer. I knew if he just tried, he would see that they easily fit, and he wouldn’t have to cram them in there.

He was already frustrated because he knew he hadn’t even tried and that pretty much amounted to a mistake. Gavin hates making mistakes, a trait many kids with Autism share, and as a result, he was getting all tensed up. He stomped back into the kitchen, aggressively yanked two children patties out of the freezer, and put them into the air fryer.

As he realized that he didn’t have to fight to get more than one children patty in the air fryer at a time, he beginning to meltdown.

Gavin has zero tolerance for making what he perceives to be a mistake. Countless times I’ve talked to him about making mistakes is how we learn, but he’s just too hard on himself. It’s something we have to keep working on though because he’s such a good kid and getting this upset over children patties isn’t worth it.

While his dinner was cooking, he went to his room to cool off. That didn’t go so well because he got pretty loud. He was stomping on the floor, which shakes the house, and scares the other boys.

Lizze called him downstairs and talked to him about not stomping on the floor. They talked about better ways to deal with frustration. To Gavin’s credit, he calmed down because he could smell his children patties and wanted to check on them.

Gavin’s very, very motivated by food and in this particular case, he redirected himself. ☺

He made two children patty sandwiches, and asked if he could eat them in his room. We figured he might still need some time to decompress.

This whole thing happened because we wouldn’t let Gavin eat pizza for dinner like his brothers were. He didn’t like that but it was for his own good. The night before, he had horrible reflux and was miserable. I know there was drama as well but we didn’t want a repeat performance. Once he understood, he was happy to have children patties instead.

After he made quick work of those children patty sandwiches, he came downstairs and wanted Lizze and I both to know something. He wanted us to know that he wasn’t upset about not having pizza because these were the most delicious children patties he’s ever had.

Just like that it was over. Everyone else was still dealing with how the meltdown had impacted them personally, but Gavin had already moved on and forgotten about the whole thing.