My mind is writing checks my body can't cash.... yet -

I’m feeling especially human after the week we’ve had

We’ve been hit with a new #Sensory issue

My mind is writing checks my body can’t cash…. yet

There were some things we had planned for the weekend that we’ve had to cancel in light of Gavin’s current circumstance. It sucks but there’s no question it’s the best thing to do, at least until we know more.

I was thinking about taking the kids to see the new Transformer’s movie, until I remembered about Gavin. We’ll have to do a movie night at home instead.

I’m really working to get back in shape, or at least better shape. Getting back to where I was before a major back injury and three kids, is a tall order. lol
Lizze is sleeping and frankly in rough shape at the moment. The boys are upstairs doing their own thing and I was staring at three laundry baskets that needed folded and sorted.

I decided to be a bit creative and make turn it into a workout. 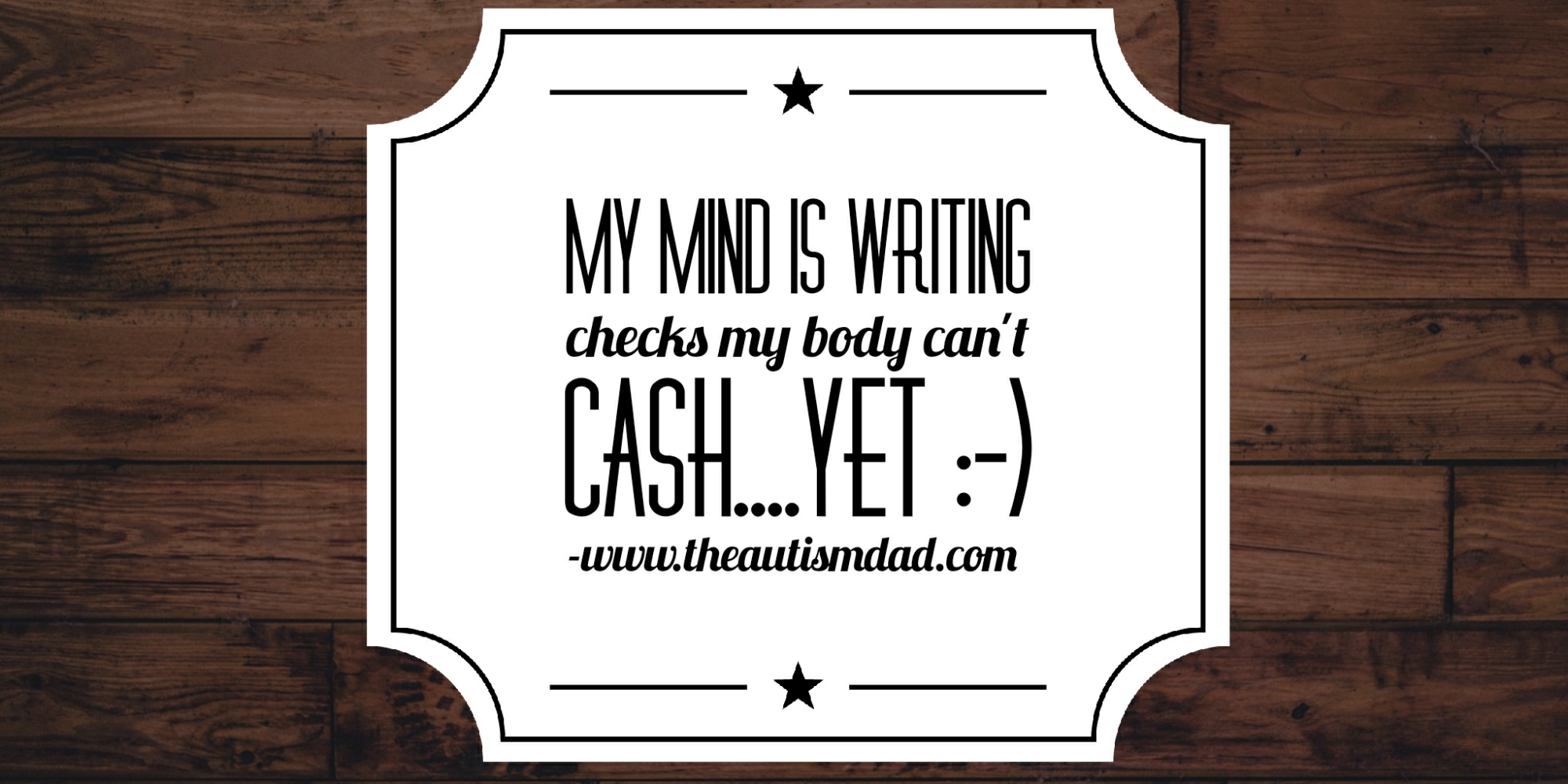 I have a TRX setup in the front room. That’s body weight resistance workout equipment, that utilize your body weight to get a full body workout. It’s not a gimmick and it’ll kick your ass.

What I did was fold laundry between sets.

I would do a set and then walk over to the other side of the room, fold a few pieces of laundry before returning for another set. It basically gave me about thirty seconds between sets, and that’s acceptable. I did this for about thirty minutes, and by the time I was done, I’d folded three large baskets of laundry.

The workout itself was pretty good, at least for just getting back into it.

I was sweating, out of breath and barely able to move my arms when I was done. I feel pretty awesome.

When I used to body build, I was hardcore. I seem to automatically try going back to the things I did before. Unfortunately, that’s a check my mind is writing but my body can’t cash…yet. My body can’t cash it yet.. See, positive thinking. ☺

I’m realizing that I have to start off slower than I’d like to but, I know my body is capable of achieving pretty amazing things. I need to make this into a habit, and slowly build from there. I’m still struggling with lack of energy, but the more I workout, the more energy I’ll regain.

Baby steps is the approach I’m taking. Baby steps will be slower but it will safely get me to the same place.