A major update about everything -

The house burned down

Gavin is OFFICIALLY getting his wish granted

A major update about everything


It’s already been a long day and an extra long week. Gavin and I just got home from grocery shopping today and we actually did pretty good. We ended up about six dollars under budget, and that’s always a good thing.

Gavin did pretty good as well. He did have a few episodes though but he’s okay now.

By episodes I’m referring things like vision problems and he popped both shoulders carrying a bag of ice. He seems to be doing fine now, and I’m grateful for that.

Elliott’s in a pre-teen kinda mood and it’s frankly, a lot bit unpleasant.

Emmett’s doing okay but doesn’t have a high tolerance for anything today. This means that he’s very easily pushed over the edge. Needless to say, there’s a lot of tip toeing around him for the moment.

Lizze is doing okay, all things considered. She’s worried about her Dad who is currently still sedated after successfully having quintuple bypass surgery yesterday. He won’t wake up until sometime tomorrow.

We’ve had to explain what had actually happened to the boys because none of them were buying the cover story that Grandpa was sick and had to go to the hospital.

It was of course, explained in very general terms and in an age appropriate manner. Now that they know, they seem more relaxed and less anxious.

As for myself, I’m just really tired. This week threw off my morning routine and I was only about to get in a bit over eight miles this week. That sucks and worst of all, the treadmill finally snapped, literally.

Emmett was standing on the end of it and the whole front end just snapped off. 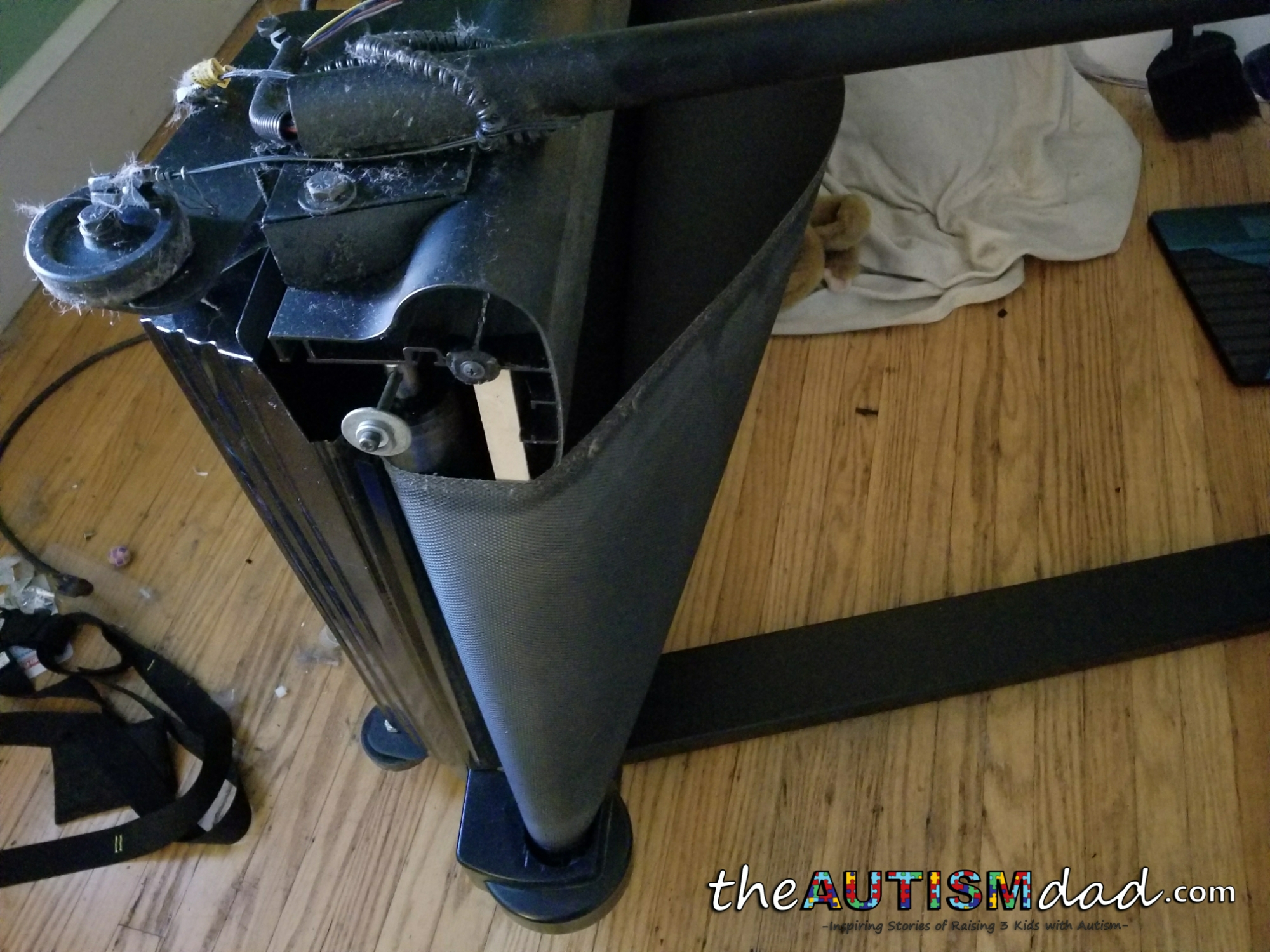 It’s hard to see it in the picture but the frame actually snapped and the there’s no going back.

Poor Emmett was so upset with himself and went upstairs crying, because he felt he should punish himself for breaking Daddy’s treadmill. It’s was heartbreaking. When I finally convinced him to come back down, I just gave him a huge hug and told him it was okay. I was more worried about him..

I thanked him and told him that he very likely saved me from getting hurt. If it broken with him on it, imagine if I had been running on it. After that, he felt better about it. ☺

Now I need a new treadmill and that’s not going to happen anytime soon. It’s going to present some obstacles for me, especially when the weather won’t allow for outdoor activity. I haven’t figured this one out just yet, but I haven’t given up.