#Discussion: Do your loved ones with #Autism struggle during the holiday’s?

When it comes to being an Autism parent, it’s all about the little victories. Don’t get me wrong, we get some big victories as well and this is a prime example of one. ☺

If you know our story, you probably know that Emmett seriously struggles with shoes and socks. In fact, it’s so bad he hasn’t worn shoes in almost two years now. He will however, wear crocs but only certain ones and it’s really hard to find those.

Anyway, he’s been wearing the second pair for quite awhile now and they were too small for him. He refused to wear anything else and it was a battle we decided not to pick because it would have only made things worse.

Lizze’s Mom bought him a new pair of crocs a few months ago but he’s never worn them because he didn’t like the way the sole felt.

A few days ago, he began complaining that his crocs were hurting his feet. This was right before we were supposed to leave for school, so the timing sucked.

He stopped and looked at me like I had two heads or something. I explained that they will help keep is foot from slipping out of his crocs, especially if he was walking fast or running.

I handed them over to him and he hesitated for a second before slapping them on his feet. His face shone with immediate relief because all of a sudden, he liked the way they felt.

He’s been wearing them for a few days now. I haven’t said anything about this because I seriously didn’t want to jinx us.. ☺ 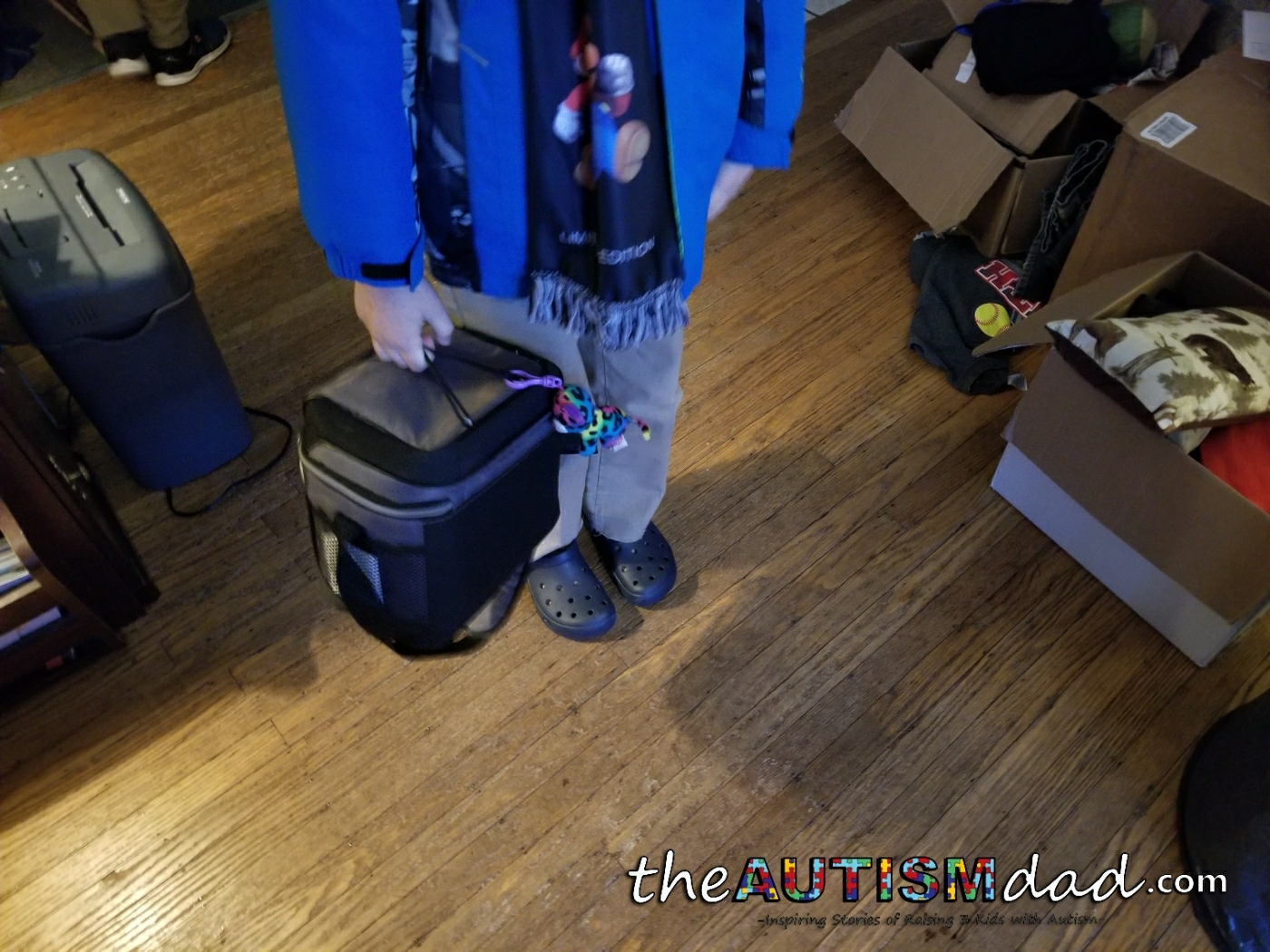 Sometimes all it takes is some serious reframing in order to help him overcome an obstacle. I think he’s tolerating them because he feels they’re safer because of the bumps. The longer he wears them, the more he will be desensitized to them and will likely continue to wear them without a problem.

This may never work again but it did this time and it should at least get us through the rest of the school year. ☺