An update on the mass in Gavin's forearm -

Dear God, I’m not sure how much more I can take right now

An update on the mass in Gavin’s forearm


I’m a fucking mess today. It’s not one particular thing either. It’s everything as a whole and it’s stirring up my depression. I’m getting stuck in repeditive thinking and that’s not a good thing for me. My anxiety is through the roof.

Anyway, Gavin’s appointment went well in the sense that he did well and the staff was amazing.

I was able to see the mass on the screen as she scanned it with the ultrasound. I sketched a rough picture of one of the images I saw and it is a little worrisome. 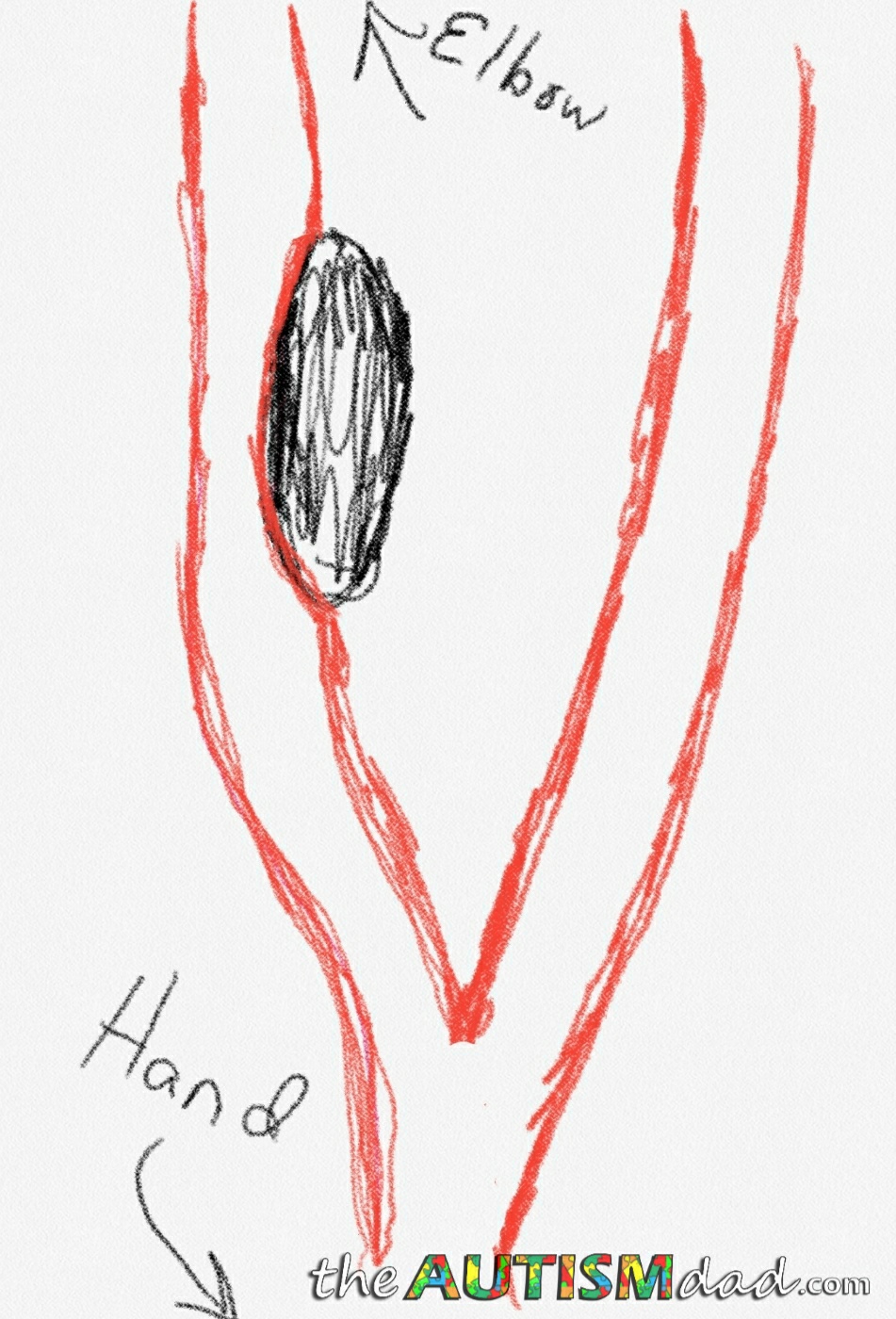 The mass is sitting right up against what I think is his cephalic vein. It appears to be a separate object and not a ballooning of the vessel wall itself.

What I did see that has me worried is the mass pushing in on the vein. It’s sorta like a garden hose and when you put pressure on the outside wall of the hose with your thumb, is narrows the hose a bit and can occlude water flow.

I may be totally off in my understanding but the that’s definitely what I saw. This isnt drawn to scale or anything like that but you can see what I mean with the mass pressing into the vein.

I have no idea what the mass is or if it’s anything to worry about in and of itself but we definitely don’t want it pinching off the vein.

We may learn that it’s nothing to worry about but until we do, I’m worried.

Again, Gavin did really well and I’m proud of him. It will take a few days to hear anything and we’re heading into the weekend, so I image sometime next week.

I’ve had a couple under the skin masses removed. Neither was serious but were bothersome. Hopefully Gavin’s problem won’t be serious.

So sorry you’re having to go through this and that you have to wait and worry. Sending good though… https://t.co/wu6Fv4so2X

Glad it went well. Sorry you’re going through so much shit. Try and do something that will distract… https://t.co/zPQlnvITlj

Sending good thoughts. My family has a habit of growing weird benign tumors that they get rid of no… https://t.co/58eIb4tC5Y