It’s been an okay-ish day

Gavin had a complete emotional breakdown while at therapy last night, it came out of nowhere and it a big one.

He was playing basketball with Emmett and while he wasn’t doing anything wrong, he also wasn’t recognizing that he was playing with someone half his size.

I pulled him aside so Dr. Pattie and I could talk to him about it. All we wanted to do was help him understand why Emmett was getting frustrated. That seemed to be the catalyst that broke the flood gates and had him on the floor in the fetal position, borderline hysterical.

It appears that Gavin’s been carrying a great deal of pain and regret around with him. For whatever reason, he never told us about this and we only learned about it when he broke down last night. 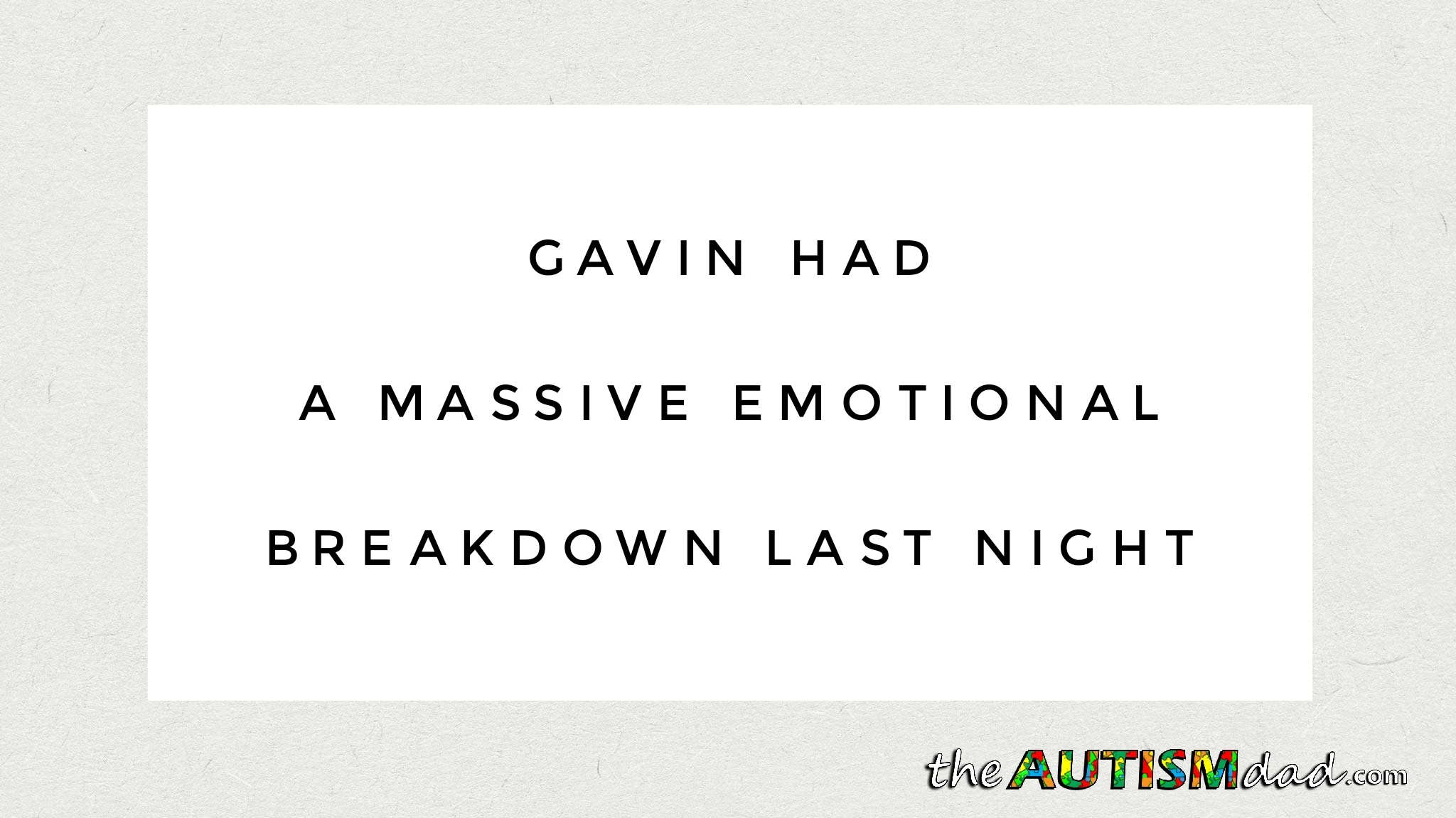 He was hard to understand and was confusing his emotions. For example, he was clearly angry, yet he says was grieving.

I tried to help him figure out what he was feeling more accurately. It’s harder to help him manage his feelings if he doesn’t know how to correctly identify them or what he’s actually feeling.

If he’s angry, he might need to deal with it differently than if was sad.

Honesty, we didn’t get anywhere with him in regards to better understanding what he’s feeling but we haven’t given up on that.

There’s been a lot going on in his life lately. The lump on his arm he was worried that was cancer, Zane being sick and dying, (of cancer) , he spends every day all day with you and Lizze and I’m sure he picks up on the stress and worry you are experiencing with everything going on including dealing with insurance in getting your house fixed. Maybe this was his way of coping with it all.

So you say Gavin wasn’t doing anything wrong, yet you still pulled him aside to talk. What was he doing? Being physically rough or just winning the game?