This is a perfect example of why being a #specialneeds parent can be so exhausting, frustrating and overwhelming -

This is a perfect example of why being a #specialneeds parent can be so exhausting, frustrating and overwhelming


We’re not off to a good start today. I basically woke up to Elliott and Emmett fighting and it went downhill from there. I could have weathered the fighting but then Gavin entered my morning with news that very much pushed me over the edge.

Gavin casually approaches me and tells me that he’s only got enough tubing for one last IVIG Infusion. I told him that’s not possible because as you can see in the image below, there are supplies for 8 complete IVIG Infusions for the month of October. Maybe you can’t see that from the image but I confirmed upon delivery, that he was not shorted anything. 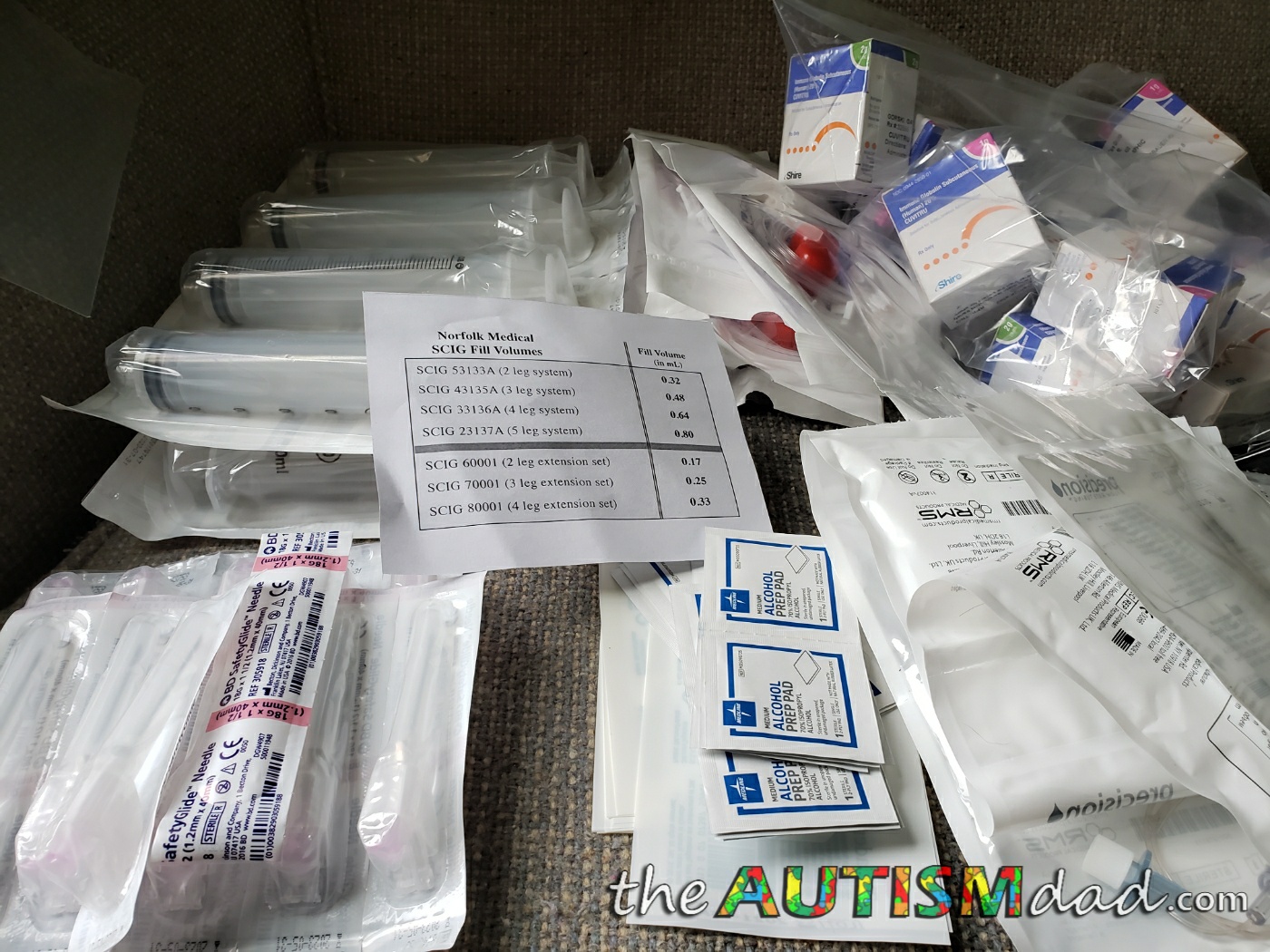 Gavin should have enough supplies to do 4 more IVIG Infusions this month and he’s basically saying that he’s missing 4 sets of tubing.

When he said this, I assumed he was just missing or forgetting something. Gavin tends to overlook and/or miss things all the time. Oftentimes, he can’t find something that’s right in front of his face. That’s not a put down, it’s just the reality of his condition.

When I got downstairs, I had him pair everything up so we could more easily see what was missing, if anything at all.

Turns out he was missing 4 sets of tubing and 3 needle sets. I was getting pissed at this point because I know for sure that we had them and he’s the only person who comes into contact with them after we inventory them.

Gavin was getting freaked out and frustrated. I was getting really frustrated because he kept insisting the supplies were there and when I pointed out that they quite obviously weren’t, he said that we must have been shorted. My head was about to fucking explode because I know for sure that every single piece was accounted for when they arrived. I packed them together and gave them to Gavin.