Despite everything that’s currently causing me distress, I feel like I’m actually doing pretty good. All things considered, I’m in a decent mood and that’s half the battle sometimes. ☺

Gavin is in a good mood this morning as well. Unfortunately, he’s also continuing to struggle at the same time.

He’s very clearly hearing voices that he doesn’t recognize because it seems like every 5 minutes, he’s popping his head out of his bedroom and asking if we had just called him. 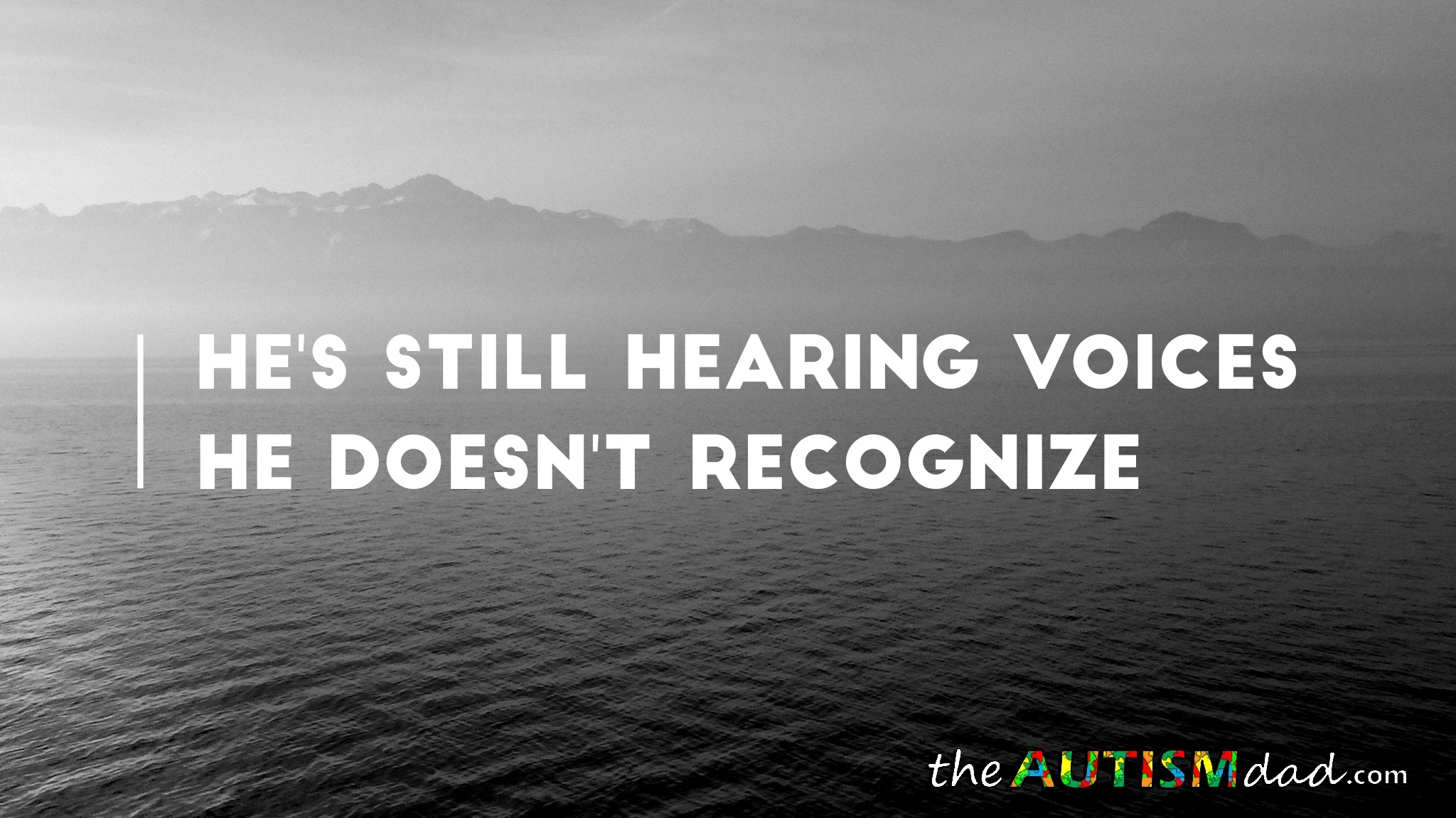 I say it’s a voice or voices he doesn’t recognize because Gavin always hears voices. Aside from being Autistic, he’s also Schizophrenic. He lives in this elaborate world where he’s a super hero in charge of a group of superheros. They’re always going on missions to save the Universe from evil.

My point is, hearing voices isn’t anything new to him.

The reason I think it’s a voice he doesn’t recognize is because if he recognized the voice, he would know that it wasn’t us calling his name.

The players in Gavin’s world are very specific and he knows them like you would know a group of family or friends. If the one of them were calling his name, he would recognize it and respond directly to them.

Since he doesn’t recognize the voice, he calls out to us in order to make sure it wasn’t one of us calling him.

I know that’s hard to follow and it’s very confusing but trust me, it’s not any easier on my end.

This is sorta par for the course with him. I’m not sure if we can do anything about it. He’s as medicated as we can really safely medicate him at this point. It does seem to help with the bigger things like paranoia but some things may simply always bleed through.

That would be his mental illness giving him grief. That particular one never leaves people alone. I have a mentally ill cousin who has it.