As if we didn’t have enough to worry about already. I think I actually titled a post that the other day.

I’ve been doing this a lot lately, but I’m going to cut to the chase because surprise surprise, I’m exhausted.

Emmett is supposed to go to the eye doctor tomorrow. You may recall that his glasses broke about a week ago and it’s about $100 to replace them because they’re transition lenses. We could figure out the money but they need to be stronger and he was scheduled for an appointment in December. 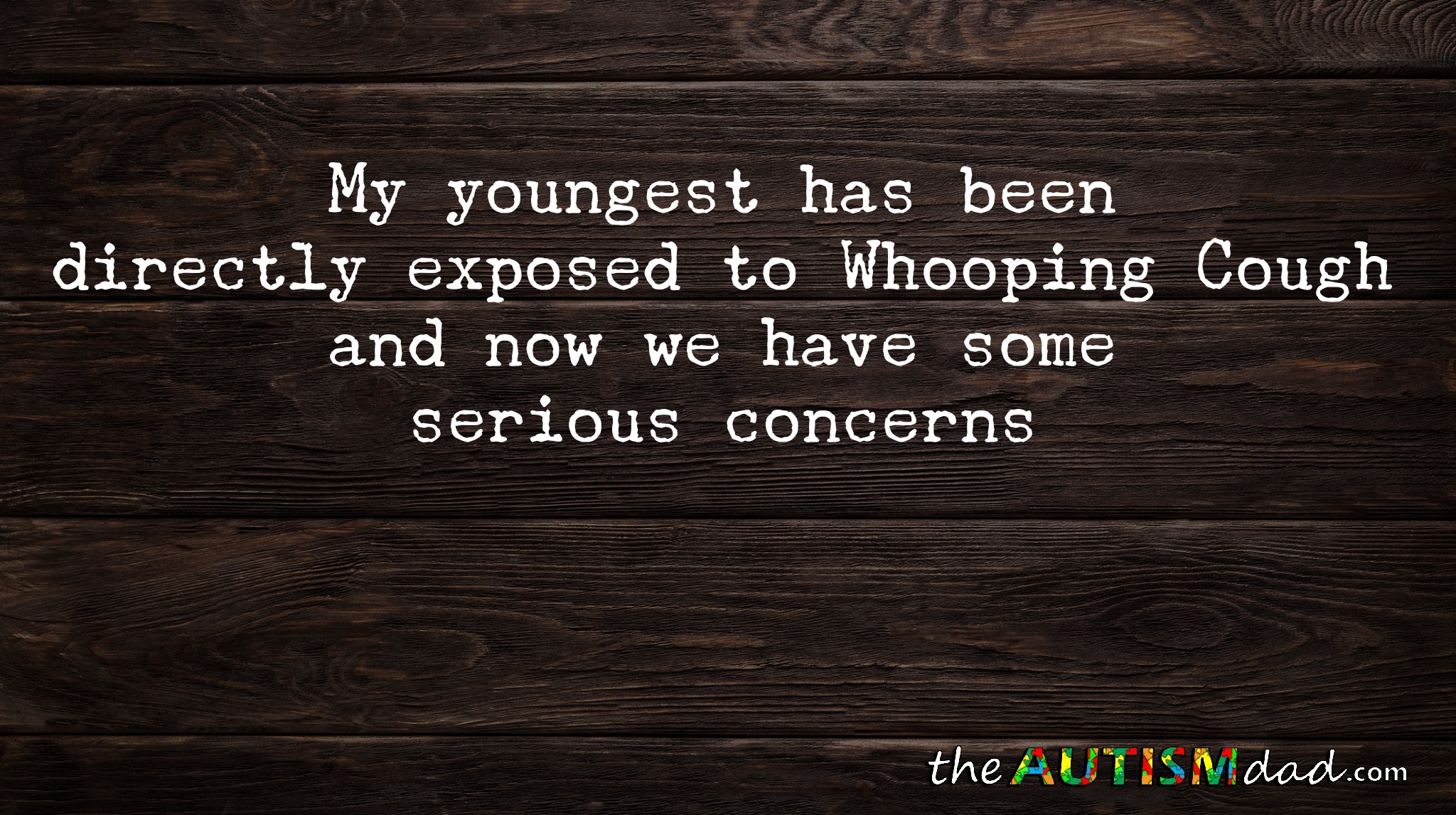 I was able to get the appointment moved to today, at 10:45 AM. It’s at Akron Children’s Hospital, so we have a bit of a drive.

Emmett is so excited because he’s having a tough time seeing and there was a 3 month wait. He does have backup glasses but they are the same prescription as his broken ones and he doesn’t see well with them anymore.

There’s no school today. Lizze was going to stay home with Gavin and Elliott, while I took Emmett to his appointment and to pick out his new glasses.

I picked the kids up from school on Thursday afternoon only to have Emmett climb into the car in a panic.

If the kid at school had whooping cough then you are looking at where emmett got it from.
Parents should realise that forcing sick kids to go to school is selfish and is deemed a occupational health and safety issue.

Oh geez. I’m sorry Rob, I know that is worrisome. If you have any questions call and talk to the nurses at the health department. Your children are vaccinated, yes? Should be ok except for Gavin and his lousy immune system but because everyone else is vaccinated in the house that should protect Gavin. The protocol is that in an outbreak students that are unvaccinated are prohibited from attending school. And an outbreak is generally 2 students from different households.

I don’t usually make comments regarding other peoples decisions, but Rob, you seem to be putting the cart way before the horse. Unless Emmett is sick why would you cancel his eye appointment when he is obviously suffering and needs to have new glasses asap. In a previous post, you guys were just out shopping the other night buying the boys clothes, thus meaning that if Emmett has whooping cough then all the people in the store he came into contact with are at risk. We are all out in public on a daily basis (including Gavin), exposed to the public and germs and sicknesses they carry. If Gavin’s immune system is that compromised then why expose him to the public? Sorry, but I think you’re adding stress onto your already stressed out life and making this a huge burden on yourself. Step back, take a deep breath and be optimistic, because the chances of Emmett or anyone else in your family getting whooping cough is extremely minimal, especially as you were all vaccinated.

I would not chancel his appointment you don’t KNOW he has it at all and it would take forever to replace the appointment. I would just be extra clean, bringing wipes everywhere to make sure.