Emmett's pediatrician has decided how to handle his exposure to #whoopingcough -


Shortly after dinner tonight, I received a call from Emmett’s pediatrician at Akron Children’s Hospital. They were calling because they’ve decided that it’s best to put Emmett on antibiotics.

We’re not proponents of taking antibiotics all willy-nilly and neither is his doctor.

What makes this particular situation an exception to that rule is that Emmett had direct exposure to someone with Whooping Cough and we have someone in the home with a compromised immune system. 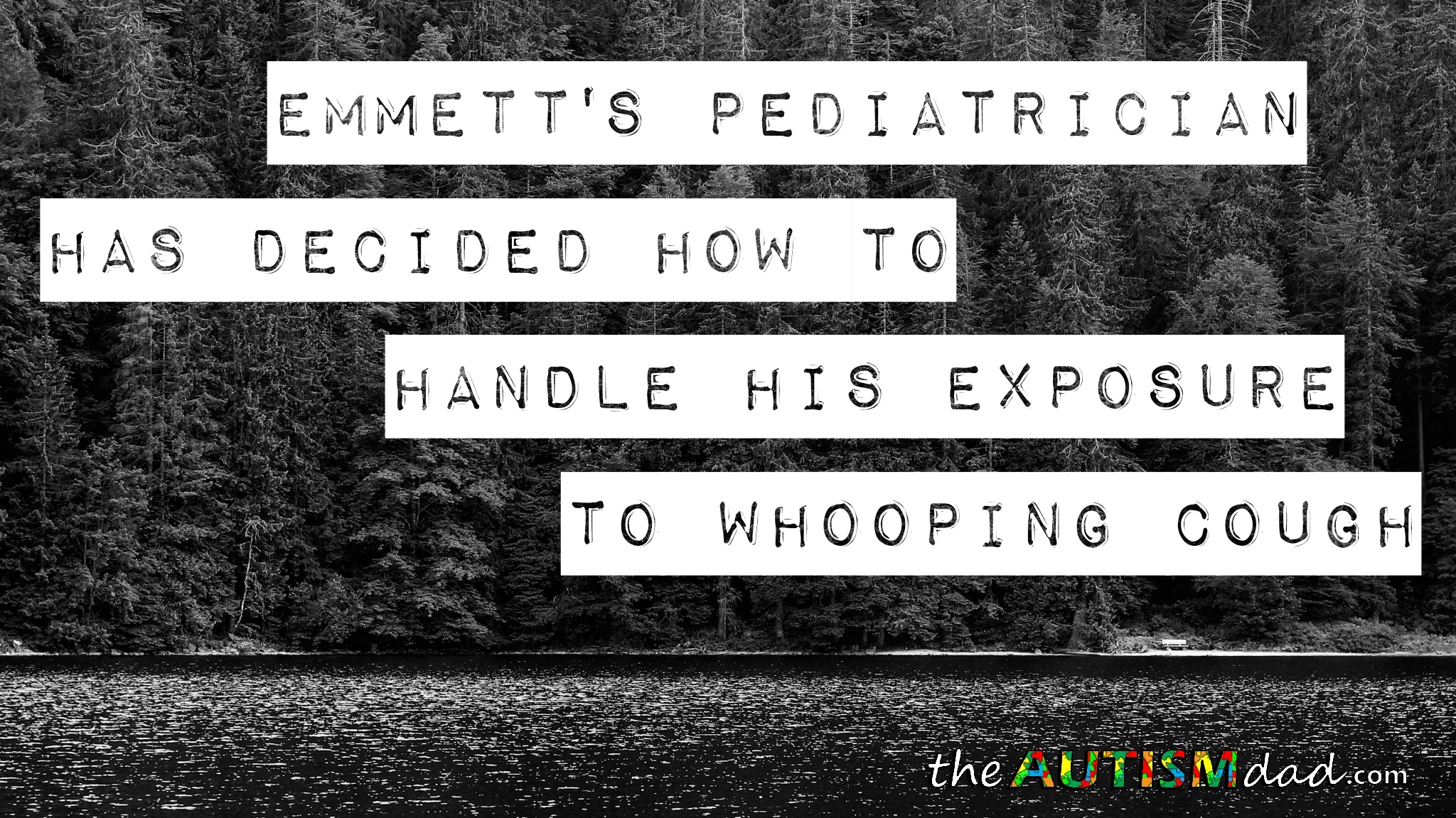 I mentioned earlier that Gavin’s immunologist said he should be fine, because he’s on IVIG. That’s a relief but it’s also assuming that Emmett was just exposed and isn’t actually infected himself.

I’ve no idea what we would need to do if Emmett actually contracted Whooping Cough.

Anyway, Emmett’s going on antibiotics as soon as this afternoon. They were called in last night and we should be able to pick them up sometime today.

Again, we’re only doing this because of the risk to Emmett and frankly everyone else, especially Gavin. Hopefully, this will help to further mitigate the risk and we can avoid Whooping Cough. I mean, that would be awesome because we want to keep the kids happy and healthy. 😉

It sounds like a good idea. Glad the doctor is so proactive.