Helping A Relative With An Onset Medical Issue


I mentioned yesterday that the boys were being seen by their pediatrician because they have been sick. Elliott is by far the worse off but all things considered, it could definitely be worse. Frankly, the only reason this is even registering this way is because of the potential that it could be Whooping Cough.

If we hadn’t learned that Emmett was directly exposed to a classmate with undiagnosed Whooping Cough for an extended period of time, we would be treating this like a cold. 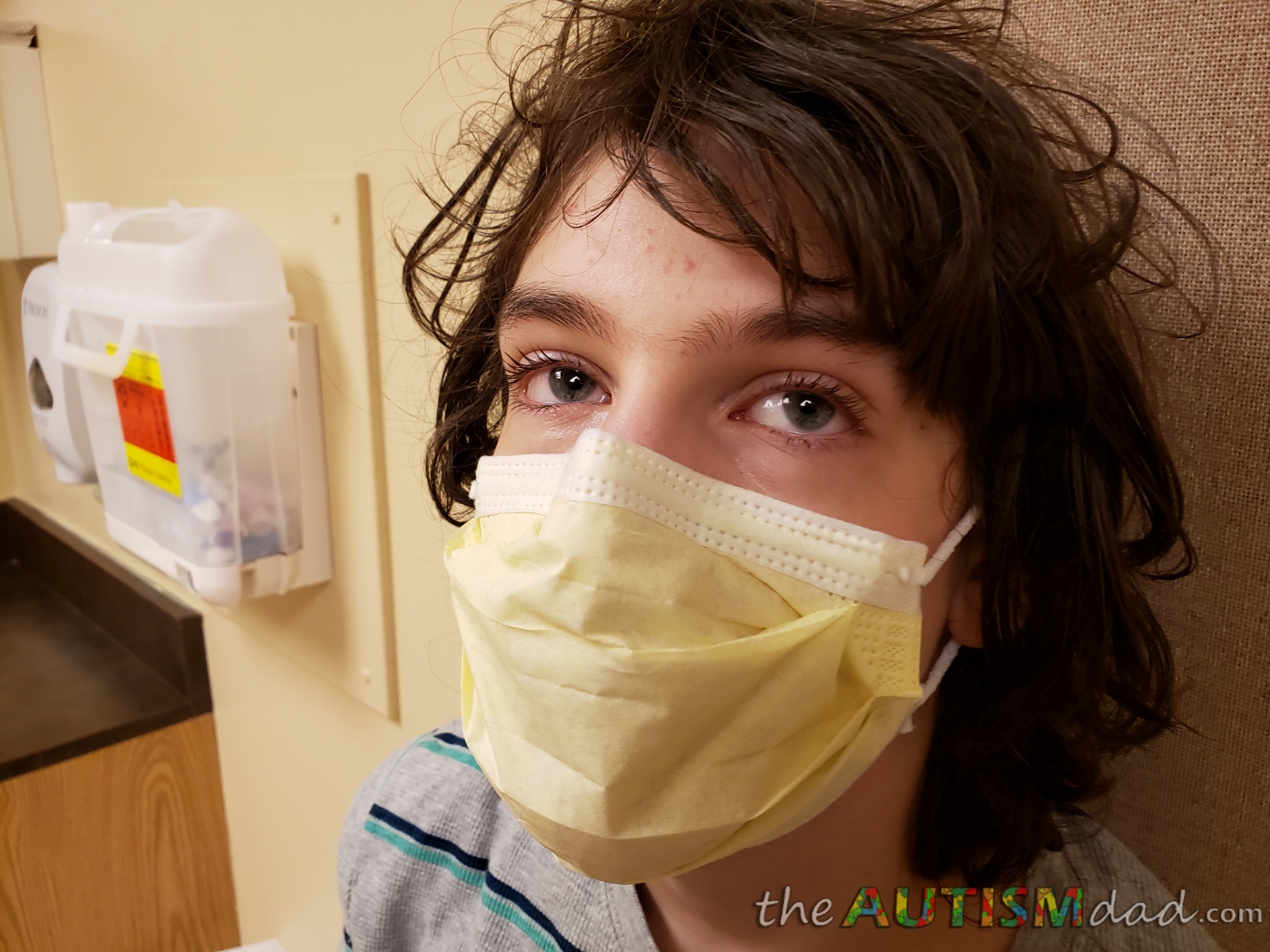 Whooping Cough is a very serious respiratory illness and I simply don’t understand how antivaccine people blow this off like it’s not a big deal. I can assure you, if you’ve ever been around someone, especially a child with Whooping Cough, you’ll be so grateful there’s a vaccine. As a medic, I’ve taken in a patient that was later diagnosed with Whooping Cough and it was horrible. They cough so much that they can only gasp for air and I can’t imagine how that feels. A child would only be worse, especially if it was my child.

Anyway, I take this very seriously.

During the appointment, Emmett seemed to check out okay, at least for the most part. Unfortunately, there’s no point in testing Emmett because he’s already been treated. Right now, he’s dealing with mild cold symptoms but nothing serious. Elliott on the other hand, is in pretty rough shape, at least comparably speaking. He’s got a fever, cough, congestion, sore throat and a runny nose that won’t quit.

She’s not sure what Elliott’s dealing with at this point but because of his exposure to Emmett before Emmett was treated, he had to be tested. They do this by sticking what sorta looks like a pipe cleaner, all the way up his nose. It’s not a fun process but it’s more uncomfortable than painful. 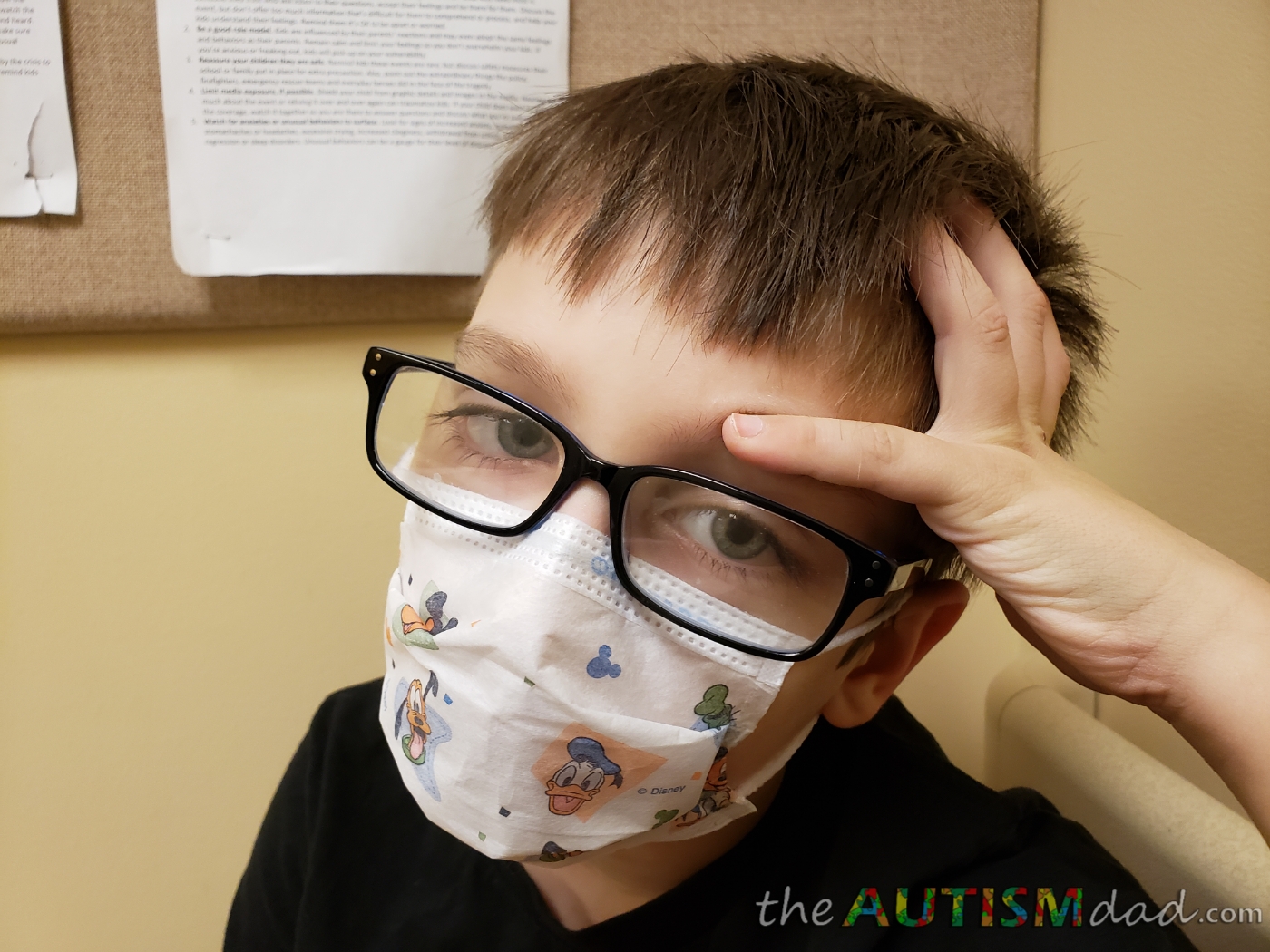 At this point, Elliott’s had his second dose and seems to be feeling better, at least that’s what he says. I’m sorta thinking we’re looking a placebo effect because he still sounds awful. I don’t know, maybe it is helping. He just said he felt better after the first dose and I thought that was a bit fast.

At this point, I’m just waiting for the notification to pop up saying that the test results are one or the other.

The boys did well wearing the masks but were very happy to take them off. Apparently, they were very ichy and didn’t feel the same on both sides of their face.. Something like that anyway. 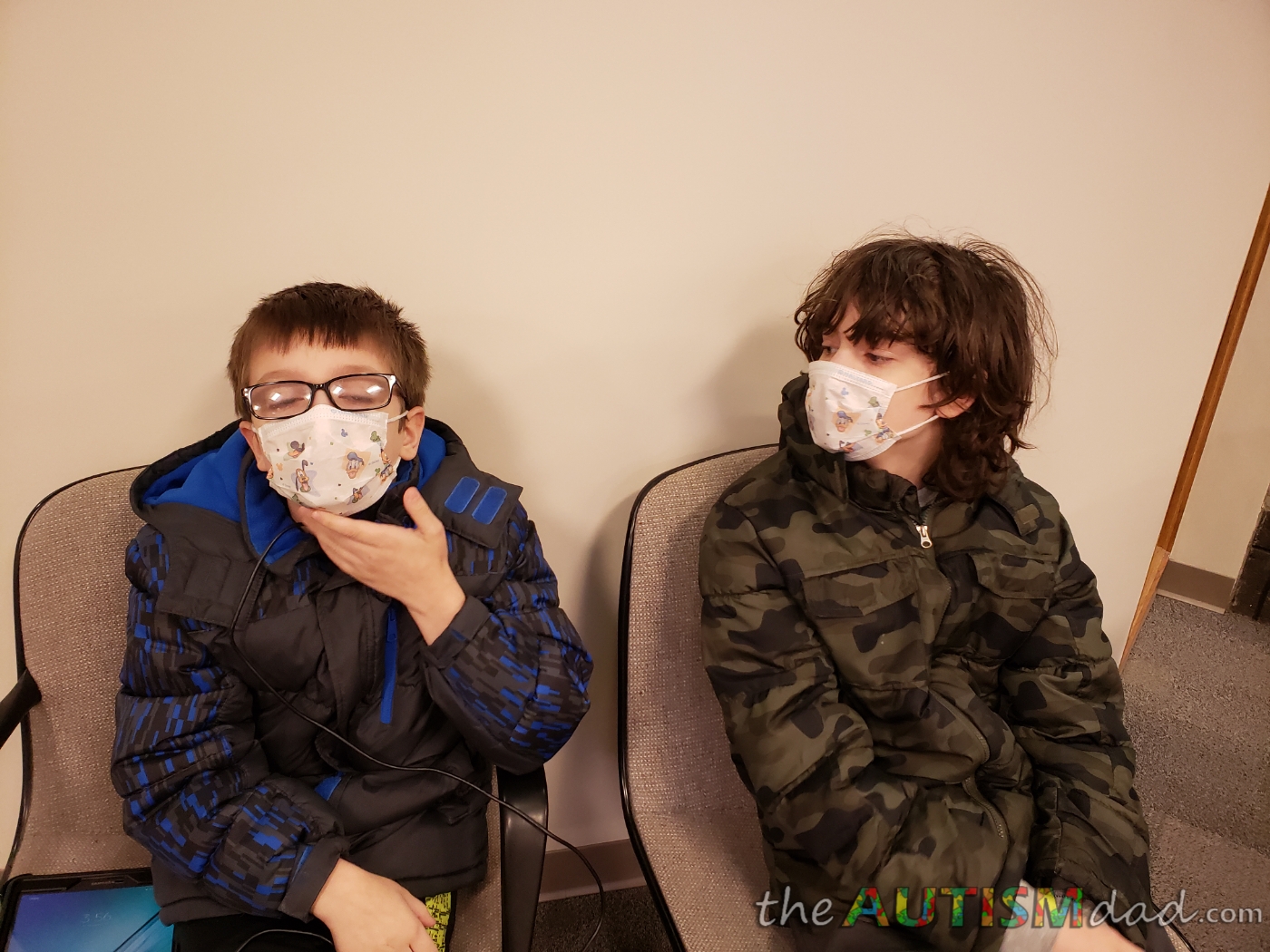 They also needed their ears cleaned while they were there because the doc couldn’t see their ear drums to make sure we weren’t dealing with ear infections. That’s always fun and by always fun, I mean it’s a nightmare. It’s a total sensory nightmare for these guys to have their ears irrigated but they made it through.. I’m really proud of them. ☺

Until the results come back and say he’s negative for pertussis, we have to treat things as though he’s got it. We’re staying home and not exposing him to anyone else. The antibiotics should make his safe to be around by Monday but we’ll wait to hear back from the doctor.

For educational purposes, I’m embedding a tweet I put out yesterday about the importance of vaccinating your kids.

It’s important to #vaccinate your kids. #whoopingcough and #measles are making a comeback. My kids are vaccinated but one had to be treated for WC and another is being tested. #vaccines DON’T cause #Autism and work best when everyone is vaccinated @AkronChildrens @ClevelandClinic pic.twitter.com/thf5D0XXbM

I had whooping cough as a child and it is frightening. X

I’m confused. Elliott and Emmett have both been vaccinated for Whooping cough, but they may still have it?

No. Well Yes. They’ve both been vaccinated but Emmett was exposed to a classmate that was diagnosed with Whooping Cough. This kid had been very contagious for about a week and was in very close contact with Emmett. Emmett was treated, as were most of the kids in the class and his teachers as a precaution. Less than a week after Emmett was treated, Elliott became very sick and his doctors tested for Whooping Cough but decided to treat him on a precautionary basis. Elliott’s results came back the other night and they were negative for WC.

That said, the child who had Whooping Cough in Emmett’s class was vaccinated and still contracted it. Vaccines are most effective when everyone gets them. This kid was apparently exposed and contracted it.

We don’t know the details of that but that’s my understanding.

Hope both kids are ok and recover from it