As sometimes happens, a comment from a reader has got me thinking about why Gavin struggles so much with the idea of not being perfect.

Early on in Gavin’s life, when he still had contact with his paternal side of his family, his biological father would except nothing short of perfection from Gavin. That’s sorta what set him down this path initially but that was 15 years ago.

We’ve never expected perfection from Gavin or his brothers. We sometimes even celebrate mistakes because it shows they tried and it’s how we learn to move forward.

All that said, here’s what the comment my reader left got me to thinking. 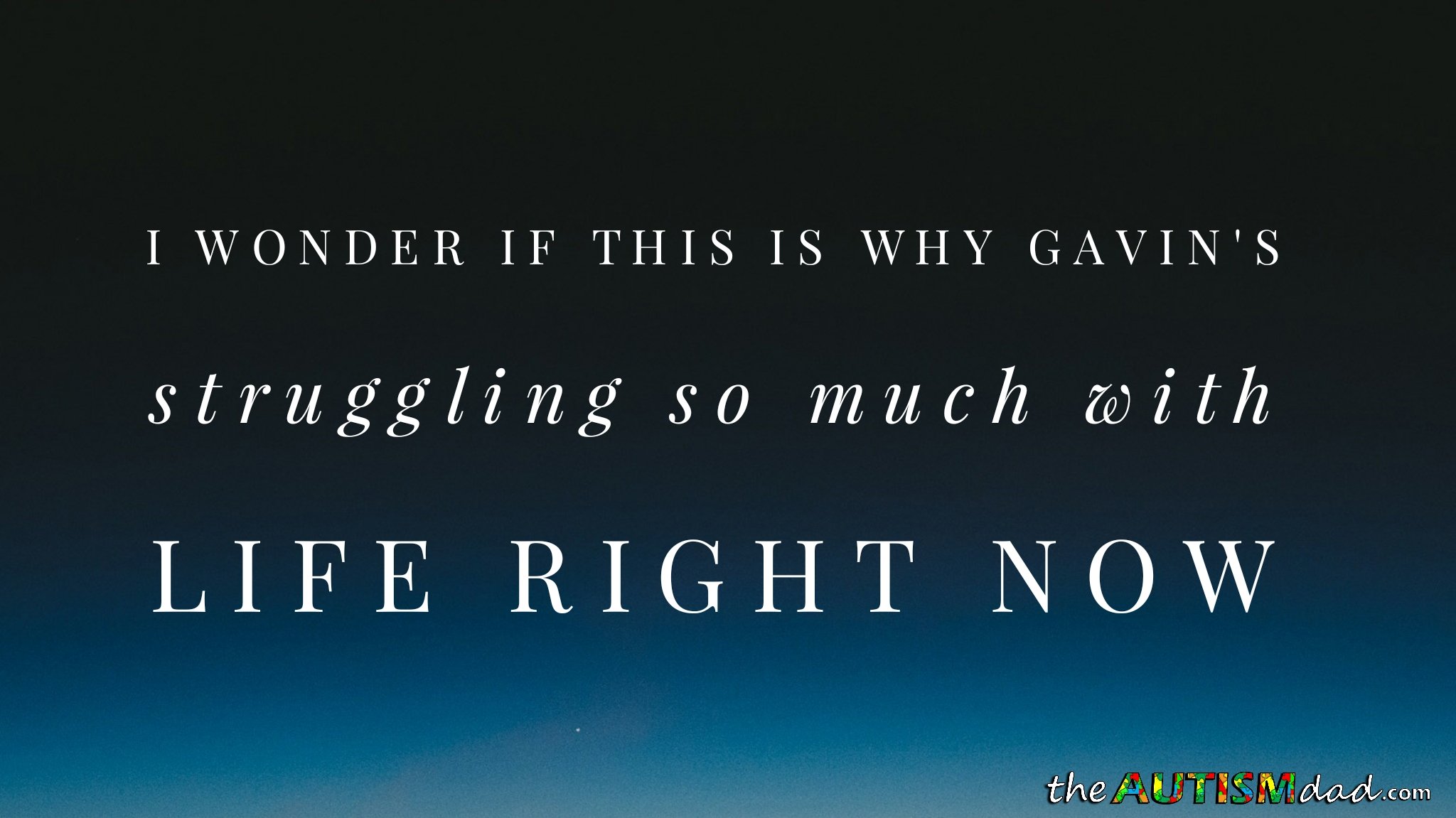 Gavin is Schizophrenic, as well as Autistic. He lives in a world of delusions and hallucinations. When he walks through his door and enters his bedroom, he’s transported to another Universe where he’s a super hero.

In this other Universe, he’s perfect. He’s a hero that saves everyone from evil and does so regularly.

While he’s in this world, he doesn’t make mistakes or otherwise show signs of imperfection. He’s always right and everyone looks to him for everything.

I’m wondering if he finds it frustrating to be pulled back and forth between these two Universes where his existence is so contradictory.

In one Universe he’s perfect and in our Universe, otherwise known as real life or reality, he’s very human. He makes mistakes and screws up. Perhaps more than most but most aren’t facing his challenges. Regardless, no one’s perfect.

I wonder if he’s finding real life more frustrating than he used to and that’s why he’s struggling so much?.?.?

Does that make sense to anyone?

I called a chiropractor in Maine about an fMRI study, though I couldn’t afford the cost, he wound u… https://t.co/PSIq3QC4l1

I got a bottle of Nordic Naturals EPA Xtra and started him on 6 gelcaps per day. Within a week, we… https://t.co/uu3dPeLMek

Never had the fear/paranoia bx again. Caveat though, it substantially increases blood flow and he b… https://t.co/8Fs8okk6Jp

We have since conquered ADD as well and he’s 16 and wanting to learn to drive. In Jan we are going… https://t.co/R6SuRwYPfM