I’m not sure what’s going on with Gavin but he’s seriously struggling. He’s not functioning at a level that’s typical for him. His cognitive ability has seriously declined and his temper is out of control. We don’t know if it’s temporary or more long-term. Historically, he’s regressed but sometimes regains at least a portion of the skills he lost. It doesn’t always happen that way but there’s a little hope here.

Gavin’s making a lot of mistakes and he doesn’t tolerate that well. He needs to be corrected in order to try and help him learn but no one judges him. He’s not in trouble or anything like that. He requires a great deal of repetition in order for things to click for him. He’s always been that way and we’ve just sorta built our lives around that. 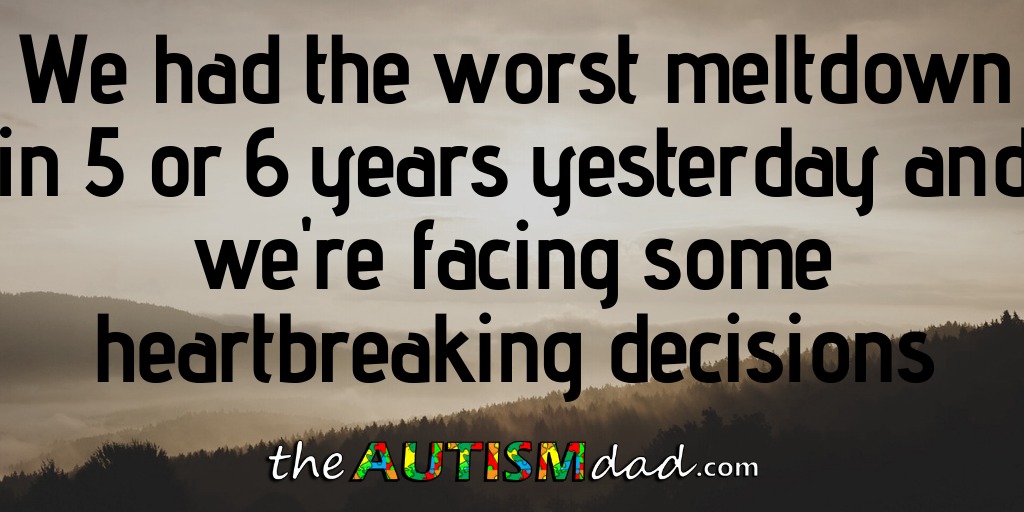 When Gavin makes a mistake, he absolutely loses it. He screams, stomps, self-injures and looks for something to hit or bang his head on. It was really scary during the first 14 years of his life but over the last few years, he just sorta stopped reacting like this.

Unfortunately, he has been reverting back to this short fused, violent, loud and destructive behaviors lately. I would say for the last year or two, it’s been a slow decline.

Yesterday was by far the worst it’s been in at least half a decade. It’s also a lot more serious because he’s almost 19 years old and a whole lot stronger than he was back then.

What triggered yesterday’s outburst was giving himself a haircut. He simply lacks the capacity to do that effectively. He basically shaved off patches of hair and would come downstairs and ask me how it looked. I would have to send him back up to look at what he did again and again. Eventually, he got most of it but left a patch of hair on the side and back of his neck. He shaved his head with a number 2 guard but I told him to consider taking the guard off to get the patches of hair off the back and side of his neck.

He went upstairs and came back down a few minutes later, feeling confident that he’d finally got everything.

Unfortunately, this is what he actually did. 😔 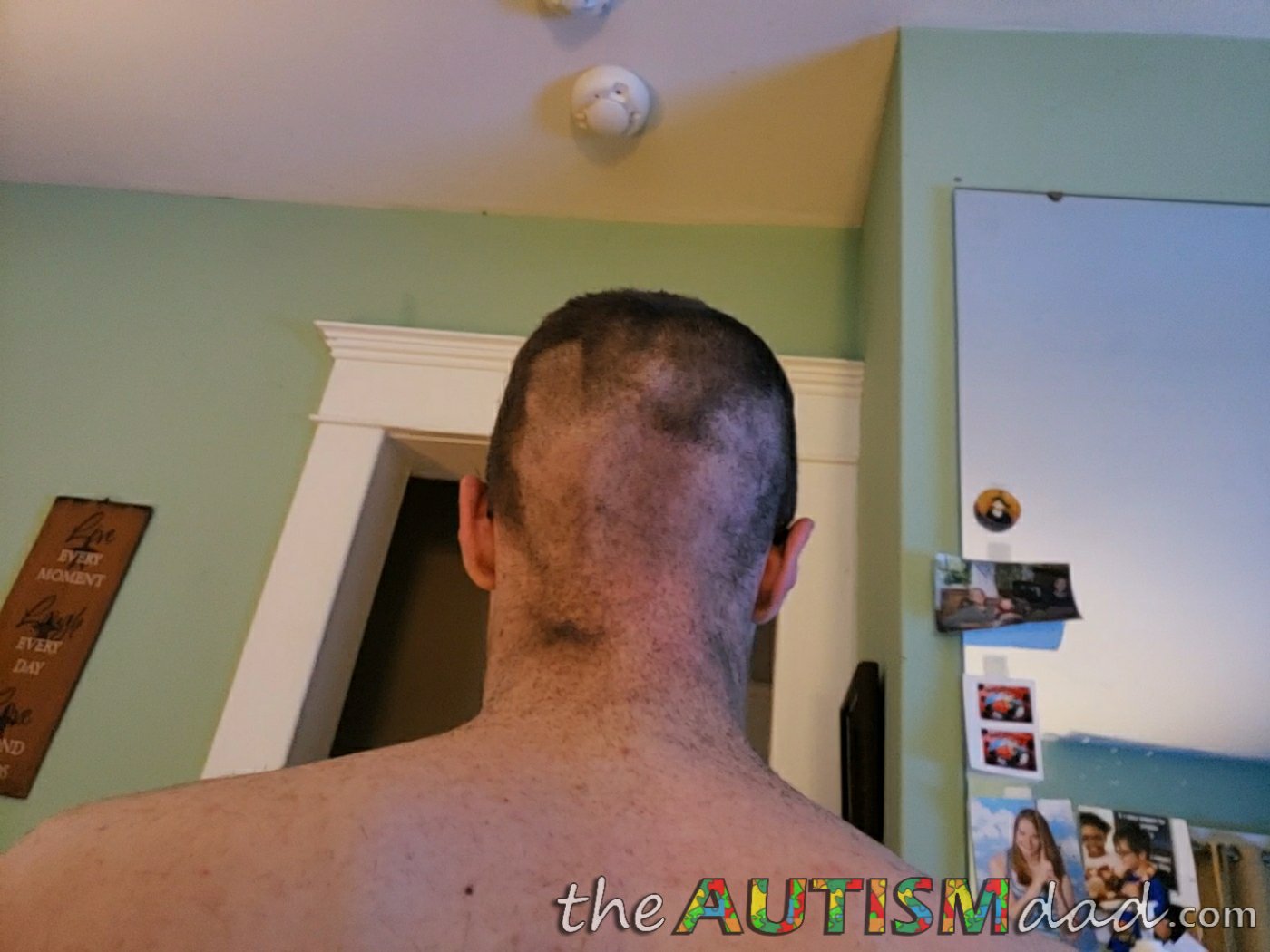 He completely missed his neck and shaved all the way up that back of his head. No there was no choice but to completely shave his head.

Might be better to take him to the barber and get them to do this. Hair cuts are something i’d make an effort with. You don’t need to put him in a group home. He will have sensory issues and run off.

I get how putting him in a group home could feel awful. But it’s possible that he would have more organized activities on a regular basis. And I’m guessing he’s allowed to visit you all or you all visit him. Anyway, I’m glad I don’t have to make that kind of decision. (Although I have other ones regarding what to do with a very sick son.)

I’m curious if Gavin’s outbursts are related to him and Lizze living in the same house? Before Lizze left Gavin was acting out a lot and you were thinking about residential placement but then he flourished while she was gone. I guess I’m wondering if the two of them simply can’t coexist. Another possibility would be that your attention is very divided between everyone in the house and he is reacting to that. There really are no easy answers and I’m sorry for that.

I knew you were going to ask that.. It doesn’t have anything to do with Lizze and Gavin being under the same roof. He’s going through a difficult time. In the past, the issues with Gavin and Lizze were Gavin’s inappropriate behaviors towards her. He doesn’t do any of those things anymore and she’s not uncomfortable or afraid to be around him. This seems like he’s just struggling with his inability to be perfect. He doesn’t get that no one is perfect. I just thought of something interesting and I’m curious as to your thoughts. When Gavin goes on his missions or visits his home base in the other Universe he lives in, he’s perfect. He’s the hero, the leader, the healer etc. I wonder if this creates frustration for him because in real life, he’s not perfect.

That might have something to do with it and would explain why he enjoys the missions so much. What kid doesn’t love to be the hero?

Oh no. Sorry to hear this.

Your love for your son is so evident in your words!