A weekend full of very aggressive behaviors but here's the upside -

I’m overwhelmed and just trying to hold everything together

It’s been a super long weekend, filled with numerous challenges. We’re having major issues with Gavin and his aggressive behaviors again. It’s been awhile since we’ve had to deal with this but its not been long enough.

The kids got their flu shots on Saturday, which is always a struggle and we’re still dealing with the fallout. You can read about that here.

Lizze has been struggling as well and that doesn’t make things any easier. It actually makes things so much harder. I wager that anyone with a chronically I’ll spouse or partner understands where I’m coming from.

Aside from physically surviving the weekend, my claim to fame is that I reorganized Gavin IVIG Infusion supplies. He new shipment arrived last week and I needed to get everything inventoried before putting it all away.

Unfortunately, I quickly learned that Gavin had managed to lose the baggies I was organizing everything in.

I’ve found the easiest thing to do is break everything up into little kits. That way all Gavin has to do is grab a kit and all his supplies he needs for that infusion will be in it. All he needed to do was remember to put the empty bag back into the box so we can reuse it. 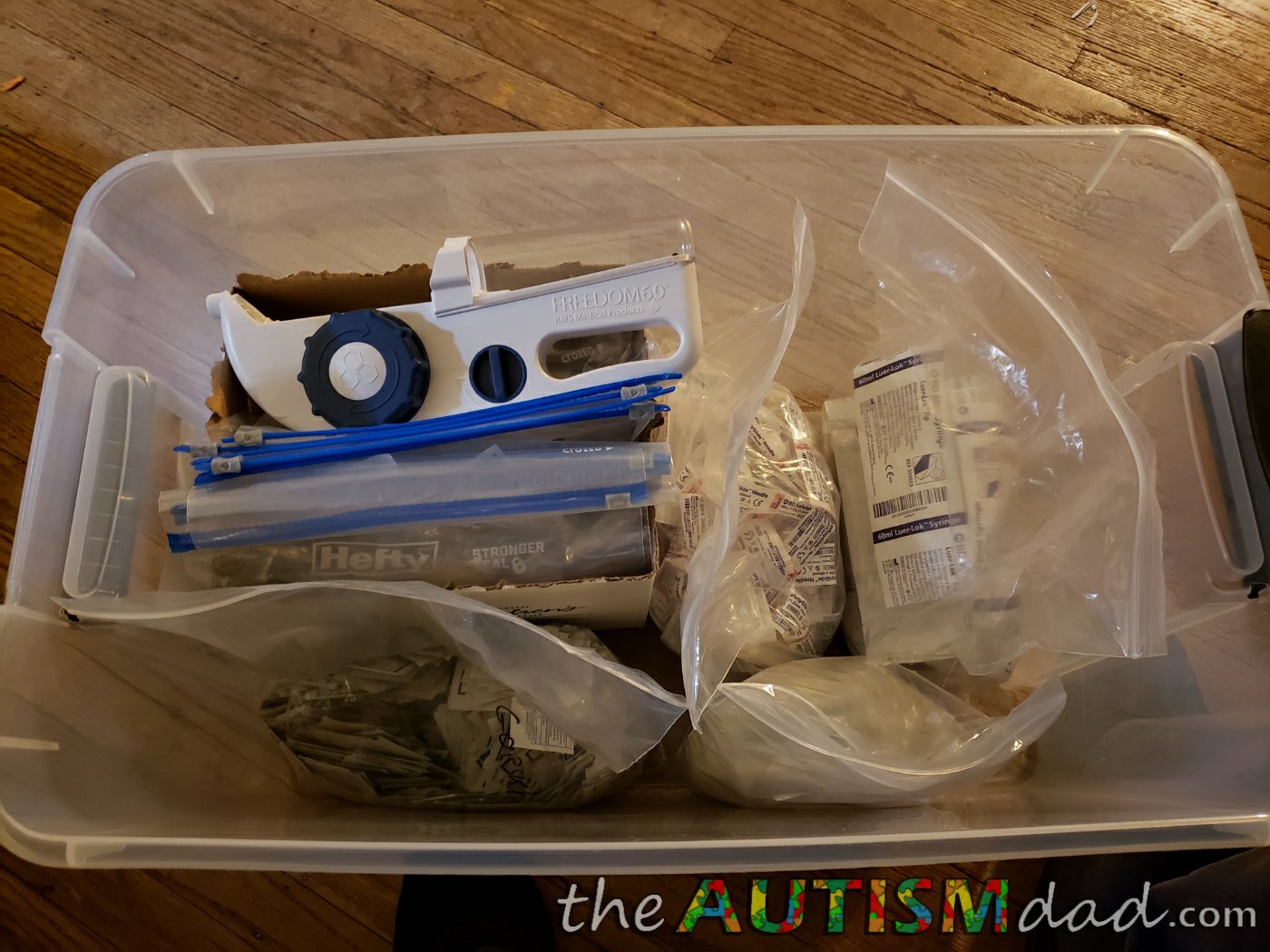 That proved to be a bit too much responsibility for him because a number of the bag went missing.

I don’t care about the bags, it’s the fact that we’re trying to keep him functioning as independently as he’s capable of doing. It’s critically important that he take as much responsibility for his own life as possible. If he doesn’t, he more quickly loses the abilities he’s been practicing.

It’s a very delicate balance and one that we’re constantly having to revisit in order to ensure we’re not expecting too much from him.

Anyway, the whole point of me bringing this up was because I reorganized everything in a way that makes it harder to lose things.

I setup eight kits for the month of December and put them inside a box. I also organized all the extra supplies and put everything inside a large storage bin, with a locking lid.

This should help to keep things from getting misplaced and it’s easier to store.

While I wasn’t hugely successful in the other areas of my life this weekend, I did manage to get this done and I’m going to embrace that as a positive thing. I’m trying to focus on the positive as best I can..