I forgot to update you on Elliott's appointment -

How migraines and desperation led us to explore CBD products

I forgot to update you on Elliott’s appointment


It’s been a pretty great morning thus far. After the long week had by the boys and I, everyone woke up with minimal effort. ☺

Elliott seems to be doing better and that’s a big deal. Oh shit! That reminds me, I forgot to explain what happened at Elliott’s appointment, so let me quickly bring you up to speed. 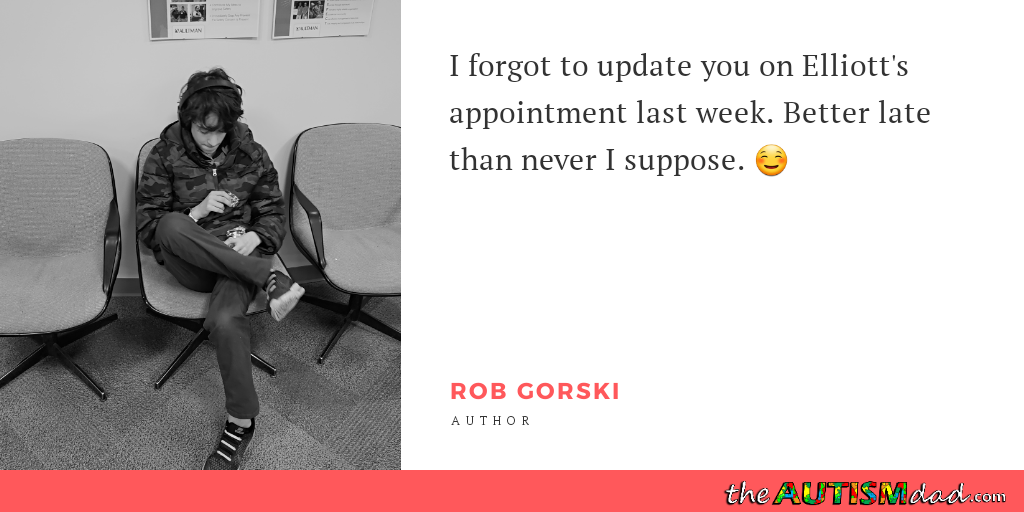 We saw the doctor on Friday and Elliott doesn’t appear to have pneumonia. ☺

It seems like an upper respiratory thing, probably a virus and that’s triggering issues with his asthma. His doctor is focusing on treating the asthma with steroids and his emergency inhaler.

After a few days, all signs point to improvement.

After dropping the kids off at school, I got my 3.1 miles in and I feel pretty good about it. As far as Monday’s go, it’s been a good one so far. ☺