Emmett is absolutely miserable and will see the doctor this morning -


Just got back from taking Elliott to school and Gavin for his blood work. Emmett has an appointment at 10:30 AM to make sure he’s not dealing with strep (which is a frequent friend of his).

It’s a good thing we scheduled the appointment because his fever is climbing and he’s over 101°F now.

He’s not talking because his throat hurts so bad and with the fever, it feels like maybe it’s strep throat. That would explain everything but is easily treated and he should be feeling better soon. Again, assuming it’s strep throat. 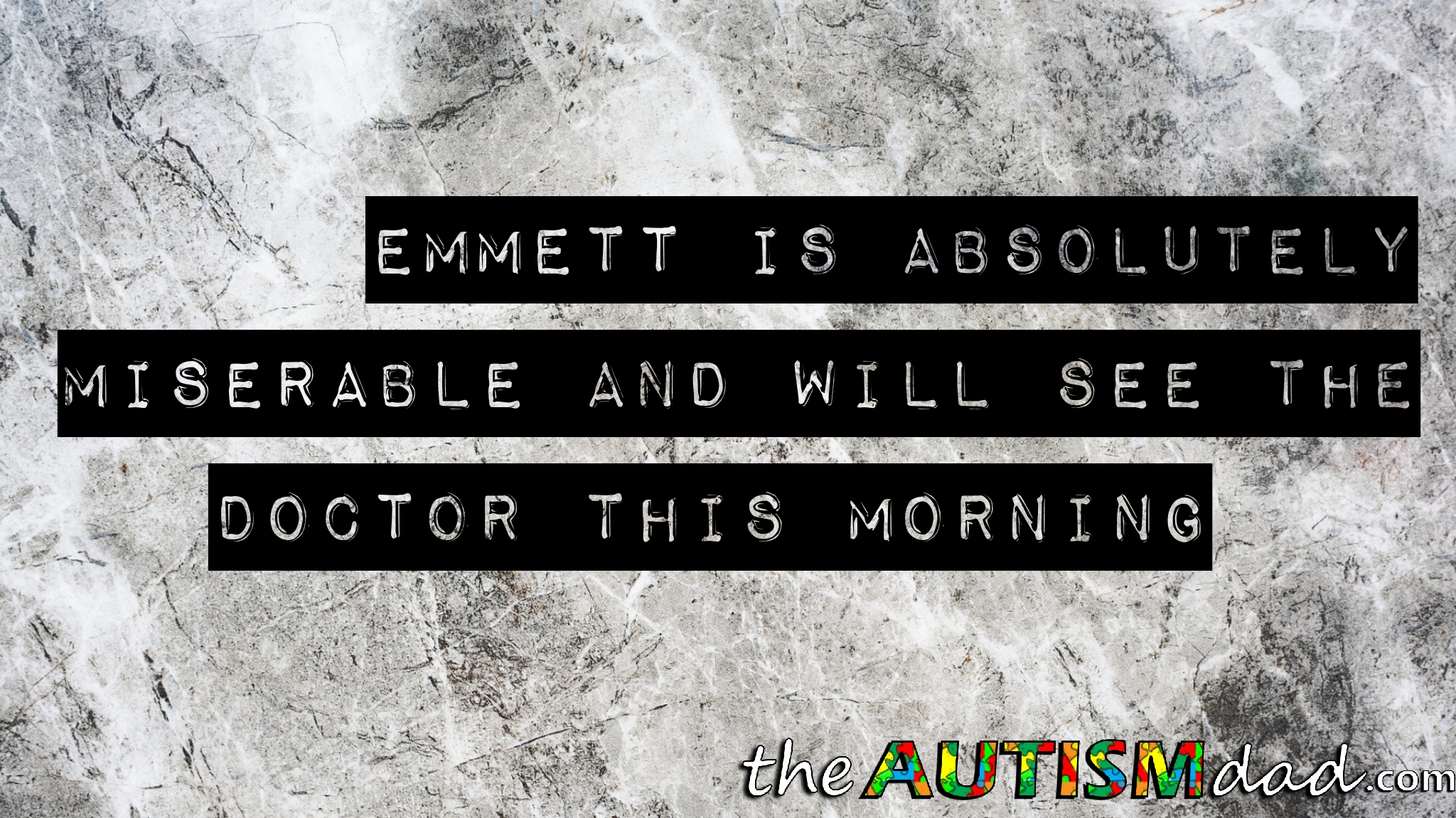 It’s so hard to know what’s going on because running a fever doesn’t necessarily mean anything when it comes to Emmett. He runs fevers all the time and he’s not sick. When he has symptoms that have lasted more than a couple days and he’s running a fever, that’s when we need to worry.

Hopefully, this will be quick and easy. Emmett’s miserable and needs some relief. Aside from that, my to do list keeps growing.

I need to go walking today and I’m being interviewed at 2 PM, right before picking Elliott up from school.