I’m a bit on edge today

Some #Autism parenting frustrations and obstacles


We had a really interesting day today and actually, it was quite positive. We made some major progress in our quest to find Lizze some relief from all that she suffers from.

I mentioned in a sorta offhand way recently, that Lizze has been using CBD oil and is scheduled to be evaluated for a medical marijuana card. Medical marijuana has recently been legalized in the State of Ohio and since we’ve literally tried everything conventional to help her with her migraines, this was all we had left to try. The CBD oil has been helping but the goal is to have both options available in order to best ensure a better quality of life. 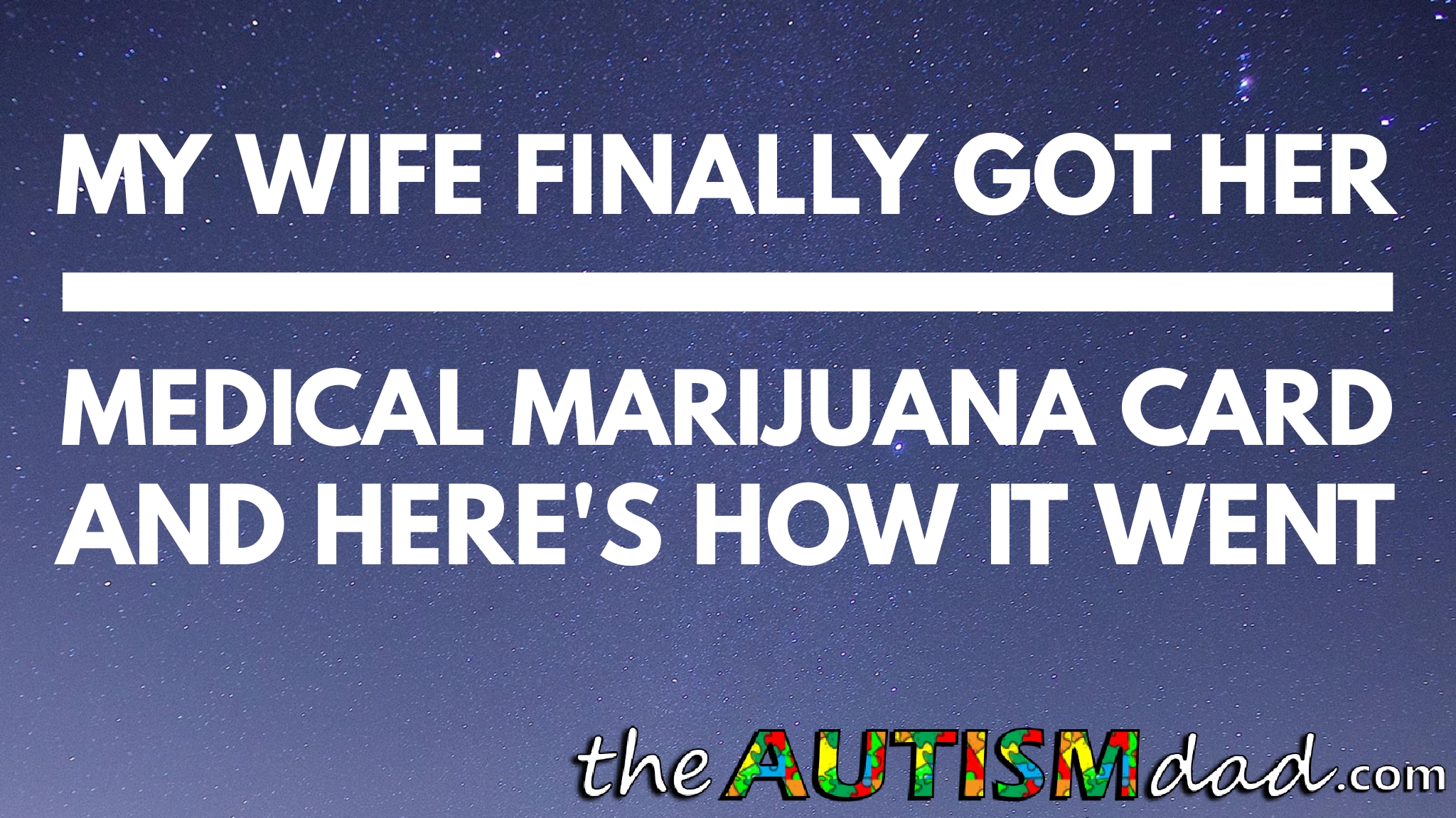 Her appointment was yesterday and it went well. I’ll let her go into the details when she’s ready.

She received it for:

She was able to get into the dispensary yesterday as well. Ohio has limits on everything and it’s very tightly controlled. It’s also unbelievably expensive.

Just to give you an idea of how expensive it is, here’s a breakdown:

In Ohio, you are not allowed to smoke marijuana. It’s available or will be available in edibles, oils and buds for use with a vape pen. We should eventually be allowed to order cartridges via online from places like Left Coast cartridges.

There is someone you should speak with. I need to find him on Twitter. Seed to dispensary on… https://t.co/dEFGsLBTHU

That’s good. This part of the state may not have any dispensaries yet, unless there are one or more around Toledo. But the cost! I don’t have severe migraines and my pain is under control unless I have a flare. I would like Henry to try MM but we will see.

I’m really happy for her! I had mine living in Colorado but without financial support I wasn’t able… https://t.co/77QlN3itCZ