Some #Autism parenting frustrations and obstacles -

Why can’t Emmett catch a break?

Some #Autism parenting frustrations and obstacles


Last night was one of those rare moments in life where my wife and I had a childless house. While we might get a break or two a month, typically there’s still someone home with us and makes it much less of a break.

The reason for that is Gavin. Gavin causes too many problems with his brothers if all three of them are together at the same time. It triggers fighting and things get ugly. Unfortunately, there’s really no getting through to Gavin because he’s not one to learn from experience. 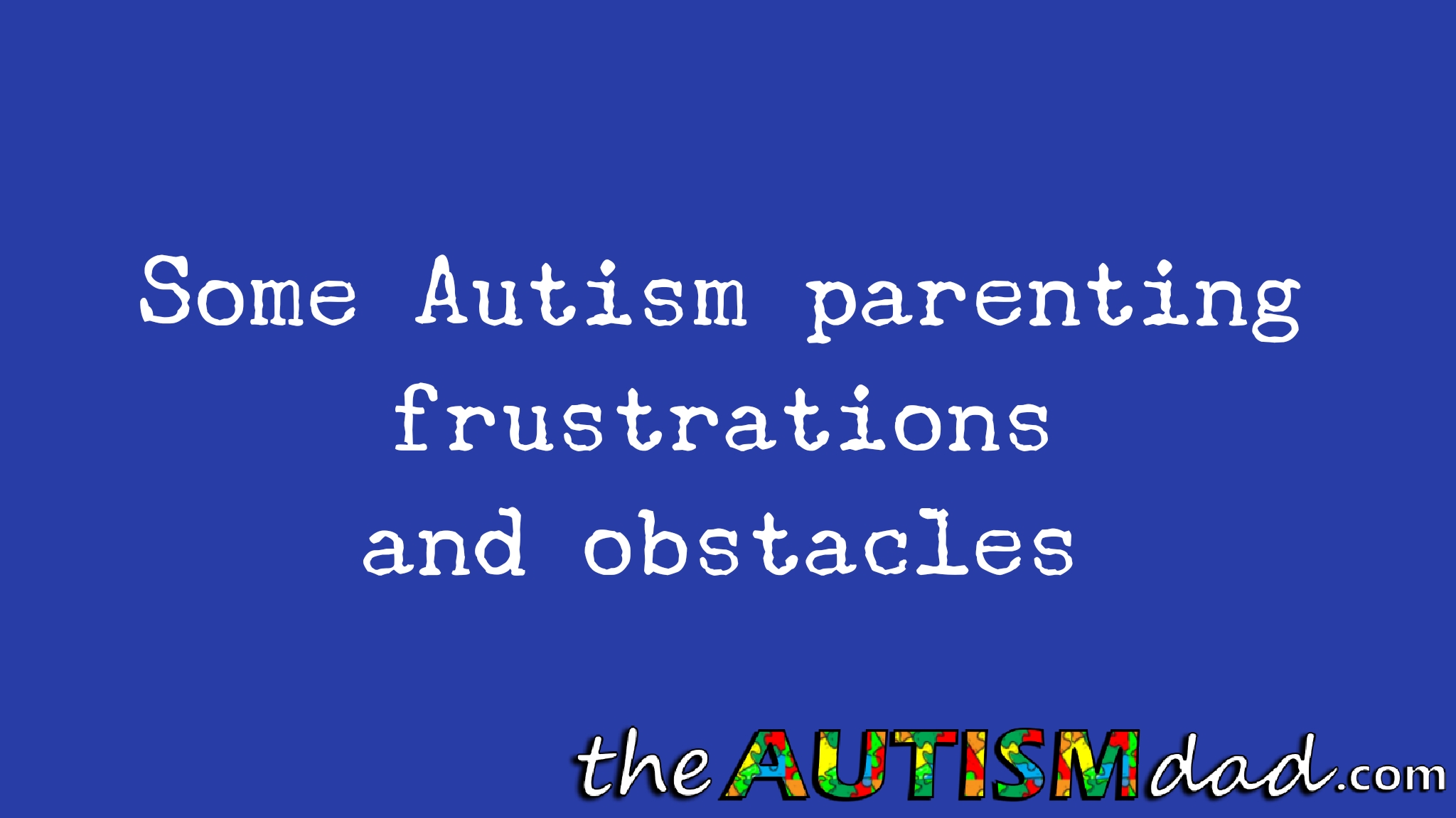 Essentially, the problem arises from Gavin wanting his way, all the time when he’s at either one of his Grandparents houses. He’s very good at manipulation in these situations and as I said, it’s very upsetting to his younger brothers.

Do I think Gavin is setting out to upset anyone? No I don’t. Gavin has the capacity of someone between the ages of four and six. He’s sorta running on base instinct and like a small child, if he wants something, he pushes for it. He’s not paying attention to how that may impact those around him.

It’s frustrating for everyone involved.

The situation becomes very difficult for the grandparents to manage. It’s very difficult for the boys. Frankly, it’s very frustrating for Lizze and I because that means that a real break is impossible to get. If the kids are going to their grandparents, they’re split up. For example, if the boys are going, Gavin will have to stay home. If Gavin is going, the boys will have to stay back.

I’m not gonna lie, there’s a part of me that’s angry with Gavin for doing this. At the same time, I don’t think he really understands what he’s doing wrong. How can I be mad at that?

Gavin’s tough to coesist with anymore because he will not stop talking, doesn’t learn from his mistakes and freaks out when he does something wrong or makes a mistake. It’s exhausting. It’s exhausting for us as parents, his brothers and his grandparents.

This is in answer to BeckyW response. I have an adult son on the Autism spectrum and I also retired from being a group home counselor in a group home for 9 years. In those 9 years the group home I worked in had a mixture of young adults to older adults with mental illness issues and also we had a few young adults with Autism. It was also a co-ed group home. What I can tell you from none years experience is first, mixing people with autism with people with serious and often potentially violent behavior problems is not, from my experience, the best fit. Every person that was placed in the group home I worked, had a great deal of trouble in dealing with the often chaotic behavior of some of the house residents with serious mental problems. All of us who have loved ones we care for who are on spectrum know that it can be extremely detrimental to an Autistic person who requires an environment devoid of as much stress as we can provide. We as parents and caretakers, to the best of our ability attempt to provide this. It’s not always possible as we all know. We all have different scenarios, different situations, different types of loved ones with different and varied degrees of autism. But in a group home, you have a certain amount of people living there, each with their own varied problems and each to different degrees and severity of their particular mental problems. I could tell a few stories of Autistic people who were under constant distress from, not all, but certain people with severe mental illness problems. So the one thing is for any parent or caretaker considering group home placement is to try to select only a group home specially design for only people on the Autism spectrum. This also includes group home personnel that are strictly experienced and trained to understand and know how to handle any problems that may arise with their autistic residents. Please check out every aspect of the group home you can and how experienced and knowledgeable the resident counselors are with people with autism. Being the parent of an autistic young man, there were a few incidents involving autistic residents that company rules would not allow counselors to handle in a way we felt needed to be taken. I broke some of the rules to handle certain things because I always looked at it as though this could be happening to my son as well as rules be damned, it needed to be taken care of. So my point is that my advise to any parent of an autistic person who is looking at a group home placement, please asks a lot of questions and although there is a privacy law engaged, you need to know if there are potentially violent people living there and if your loved one is verbal and makes complaints or you detect extreme depression that’s not related to being moved out of the home they have lived in and placed in a strange place to live out their lives, please be that pain in the ass parent or caretaker and check out anything that gives you worry. Eventually, when we are gone and if there is no sibling or family member who is going to step in to provide full time care and responsibility, the group home will be your only choice. Hopefully you will at least have someone in your family or someone close, to at least monitor their well being. It is not an easy road we travel as parents or caretakers of Autistic loved ones. And unfortunately, we can’t stay on this planet for their entire lives and many of us have to depend on outside agencies to take over the care of our handicapped children and family members. Sorry for the long reply but I thought some of my nine year experience working in a group home might bring something to the table.

Of course, this may not be the best for you all. But with Gavin so severely schizophrenic, and with your other sons with enough disabling problems, it seems like you all need a break. And Gavin might benefit from a different environment.

I don’t know anything, though. It’s just me throwing out something I read. I have no first hand knowledge. I certainly can’t judge you for whatever your choices are.

My 1st husband & I divorced bc of my autistic child. He took SO much time & attention (plus we had… https://t.co/zjrHDSYa8O