As an #Autism parent, my son's violent and aggressive behaviors are very concerning to me -

I try to never take breaks for granted

As an #Autism parent, my son’s violent and aggressive behaviors are very concerning to me


The boys have been home about an hour or so, and I feel like we’ve already spent the sanity this break has allowed us to regenerate. Admittedly, it’s still not much, but we were a bit saner before they arrived home. 😜

Drama ensued fairly quickly upon their return. The boys reported that Gavin had dropped what they referred to as an f-bomb. In other words, he said fuck.

When we asked Gavin about this, he completely freaked out. He stomped down the steps, pointing at his brothers and screaming. It was a very aggressive and threatening reaction. 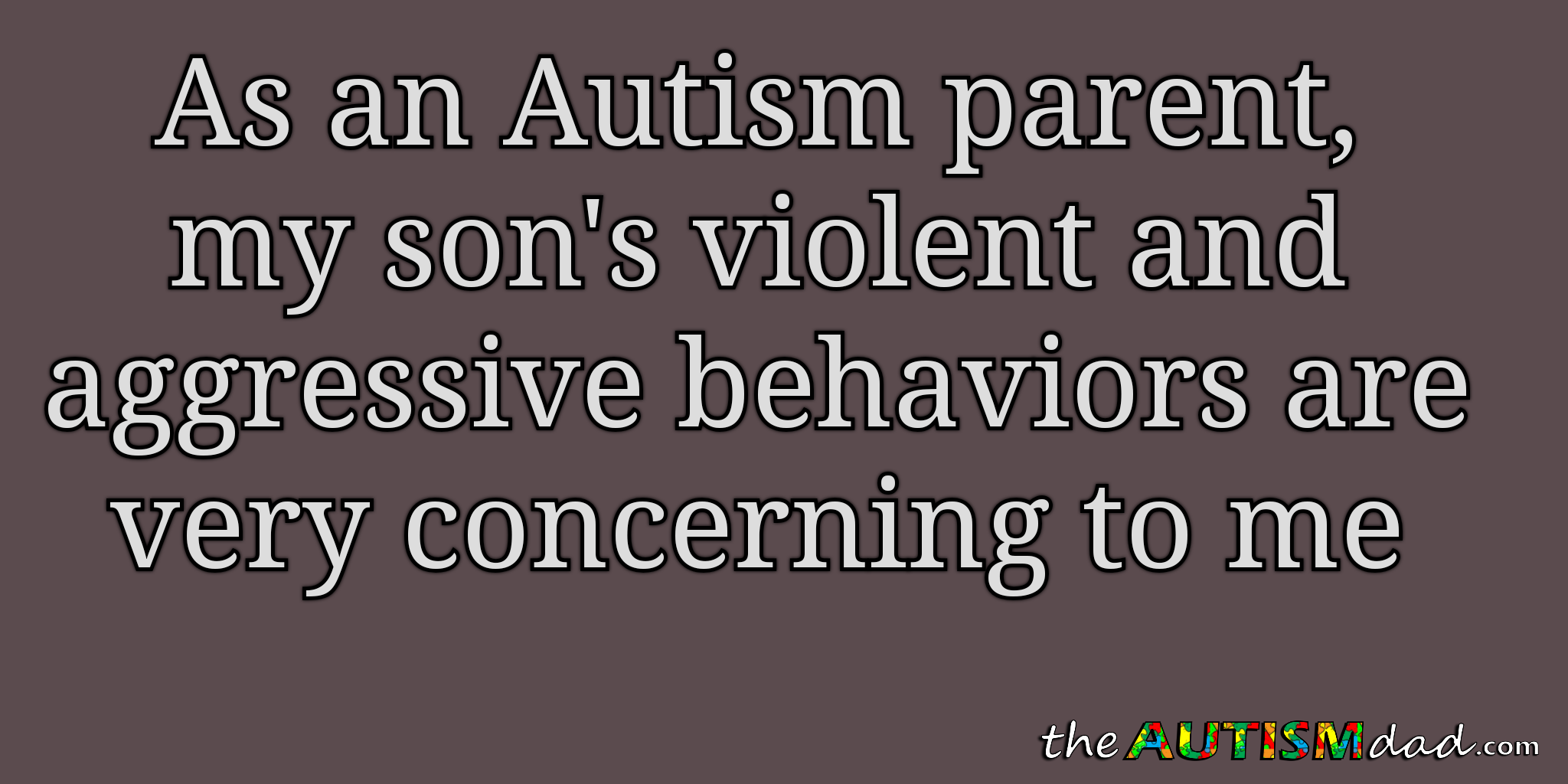 I know Gavin wasn’t going to hurt anyone, but that’s beside the point. If Gavin reacts that way in public or when he’s around people who don’t know him, he would be perceived as very threatening, and we obviously don’t want that,

Gavin wasn’t even in trouble. We wanted his side of the story and to remind all of them that we don’t use that kind of language.

It turned into much more because of Gavin’s reaction. Big picture, Gavin dropping an f-bomb isn’t even on my radar. It’s not a huge deal, but it did warrant talking about. It wasn’t a battle we were going to pick, we just wanted to make a general point, and that’s it.

There was quite a bit of effort that went into calming Mr. Gavin down. We had to explain to him that he cannot behave that way because anyone who doesn’t know him, would be afraid of him. He can’t behave that way. It’s not safe for him or those around him.

Gavin is a gentle soul who can become very frustrated at the drop of a hat. He can become very aggressive, even if it’s not actually directed at another person and it usually isn’t. This is very concerning for me because if Gavin is ever involved with the police and he acted like this, it could prove to be a very dangerous situation.

None of this was even necessary. All we were trying to do was give Gavin a chance to share his side of the story, and use the situation as a gentle reminder for everyone, not to use that kind of language. Unfortunately, it became an issue that had a lingering impact on everyone involved.

As Autism parents, we worry about so many things. Our kid’s safety is at the top of that list of worries. Behaving in ways that the public or even law enforcement can and will perceive as violent or threating, is a real concern.

I was just nodding to this the whole way through but my 15 year old isnt diagnosed yet (only adhd) but have felt he’s on the spectrum..he is so big now & he is volatile & would not get away with this behaviour in public with police etc.. we are very concerned just as you say. I this day things could escaLate very quickly if it happensin society :/

Thanks for sharing this. This often happens with my son. Is it OK to ask some questions? 1. How did… https://t.co/vEHDmilnW2

My autistic sons violent and aggressive behaviors really bother me to he has been suspended from sc… https://t.co/EwG3nhRRrR