Have you seen Ohio’s new attendance policy? You’d better have a look

The last 12 hours have been rough


Emmett had a pretty rough morning today. He was really upset about his inability to wear different shirts because of how they feel on him. He’s been wearing the same shirt to school every day because it’s the only shirt that doesn’t bother him.

We of course wash it all the time, and cleared this with the school on the first day. It’s more important that he get to school, even in his pug shirt, than miss school because of sensory related clothing issues.

Apparently his teacher said something to him yesterday about always wearing the same shirt, and Emmett walked away feeling heavily pressured to wear a different shirt today.

My guess is that she simply made a comment about wearing the shirt for picture day, which was yesterday. Emmett most likely took the tone of the conversation wrong, which isn’t uncommon at all. 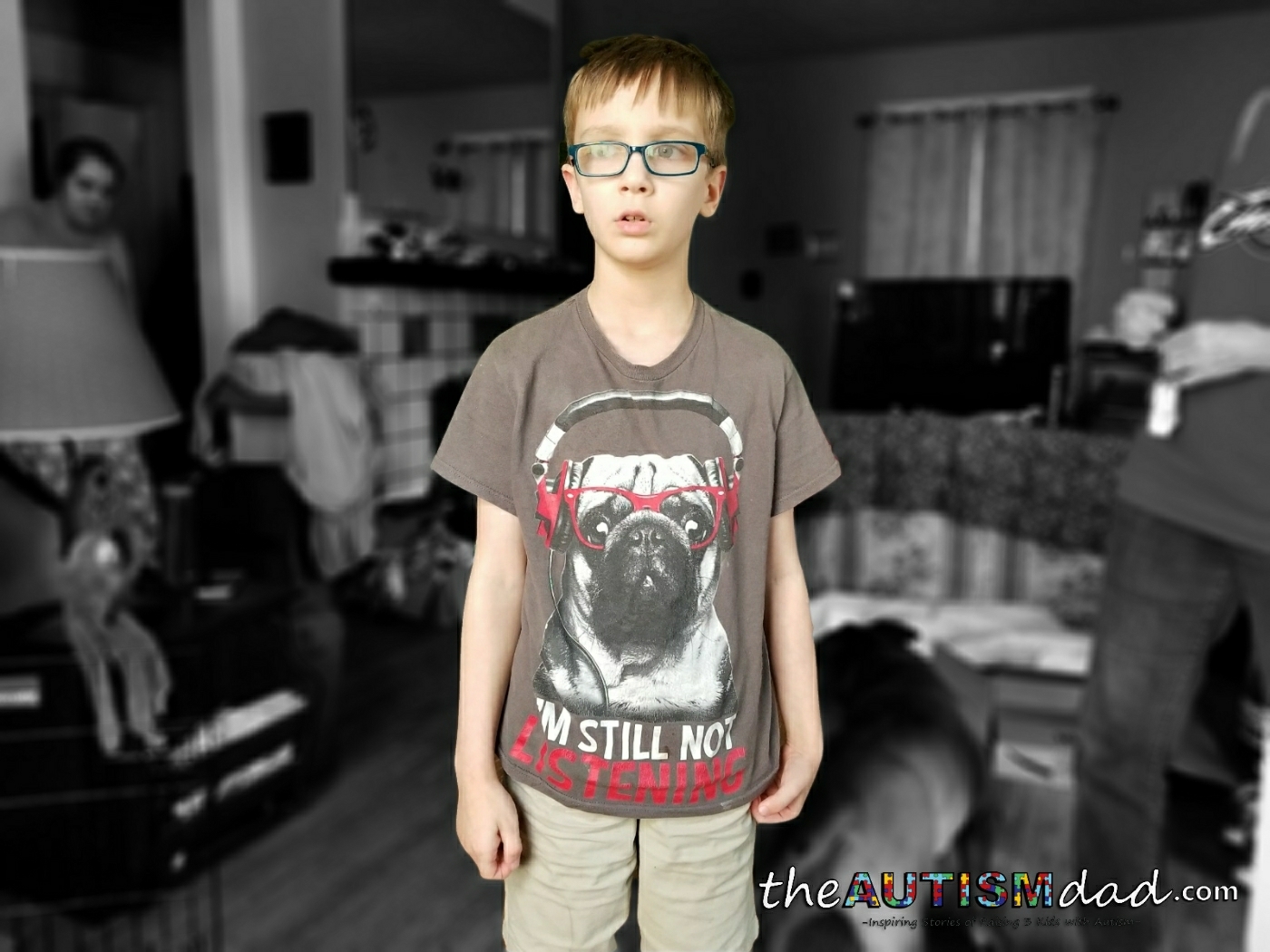 What ended up happening this morning, was the result of Emmett feeling that he had to wear a different shirt today. He tried a few different shirts on and they all drove him crazy. He felt that if he wore his pug shirt again today, he was somehow lying to his teacher.

In his head, he had told his teacher that he would wear a different shirt today and if he came to school in his pug shirt, he would be a liar.

If was literally like I was able to go, 3 – 2 – 1 – Meltdown and he was losing it. There’s very little reasoning with him when he’s melting down like this.

I suggested that he wear a different shirt but pack his pug shirt just in case.

Emmett is unable to make decisions on a good day. When all this transpired this morning, there was no way he could decide what to do.

I ended up sending his teacher a message and call the school directly. I explained what was going on and they were able reassure Emmett that his pug shirt was just fine. His teacher wasn’t even hear today.

That made him feel better enough to wear his pug shirt and let me take him to school. We were only about twenty minutes late, but he walked into the school with a smile on his face. ☺