Sometimes it's the little things -

#Autism Parenting: We’re all in this together


This past week has been a rougher one for Mr. Gavin. For some reason, he’s been dealing with bouts of nausea. Some of these bouts have been worse than others but they seem to mostly happen at night.

Thankfully though, the last couple of nights have been good for him.

I don’t think he’s had an issue since Thursday night.

You might be asking yourself, why is Gavin being nauseated such a big deal? The problem isn’t so much the nausea itself but rather the vomiting that can occur as a result. Gavin has a very serious Autonomic disorder that has come close to killing him on a few occasions. 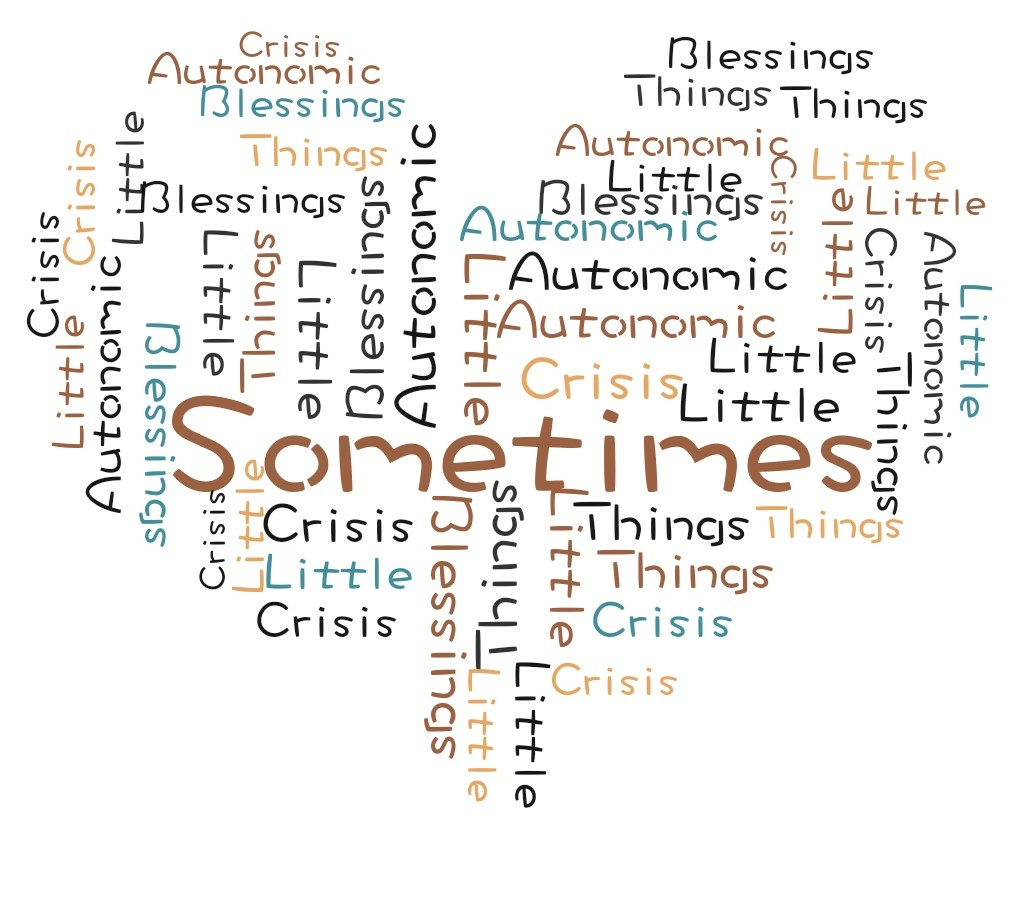 Basically, his brain stops controlling involuntary functions like blood pressure, body temperature and heart rate. When this happens, he goes into what’s called an Autonomic Crisis. This is a very serious, life threatening state and once it begins, there’s nothing we can do but supportive care within the emergency hospital setting.

He hasn’t had a crisis like this in years but that’s likely do to how careful we are. It only takes a trigger to set him off and that trigger is usually some sort of undue stress in his body.

In the land of Gavin’s Autonomic Disorder, vomiting is a very bad thing. It cam lead to rapid dehydration and shake up of his fluid volume. This isn’t a good thing in the slightest.

Having explained that, it should make more sense why I said how good it was that the nausea has been gone for a couple of days now. Sometimes it’s the little things..

Hey. I don’t get any emails anymore. Which is one reason why I don’t read or comment unless I see posts on Facebook.