One of the toughest lessons I’ve failed to teach Gavin is that you don’t need to say out loud, everything that pops into your head. This has been an ongoing struggle for most of his life and no matter how many times I’ve talked to him about it, nothing ever changes.

This isn’t necessarily unique to Gavin. I’ve heard from countless Autism parents over the years, who face the same struggles. 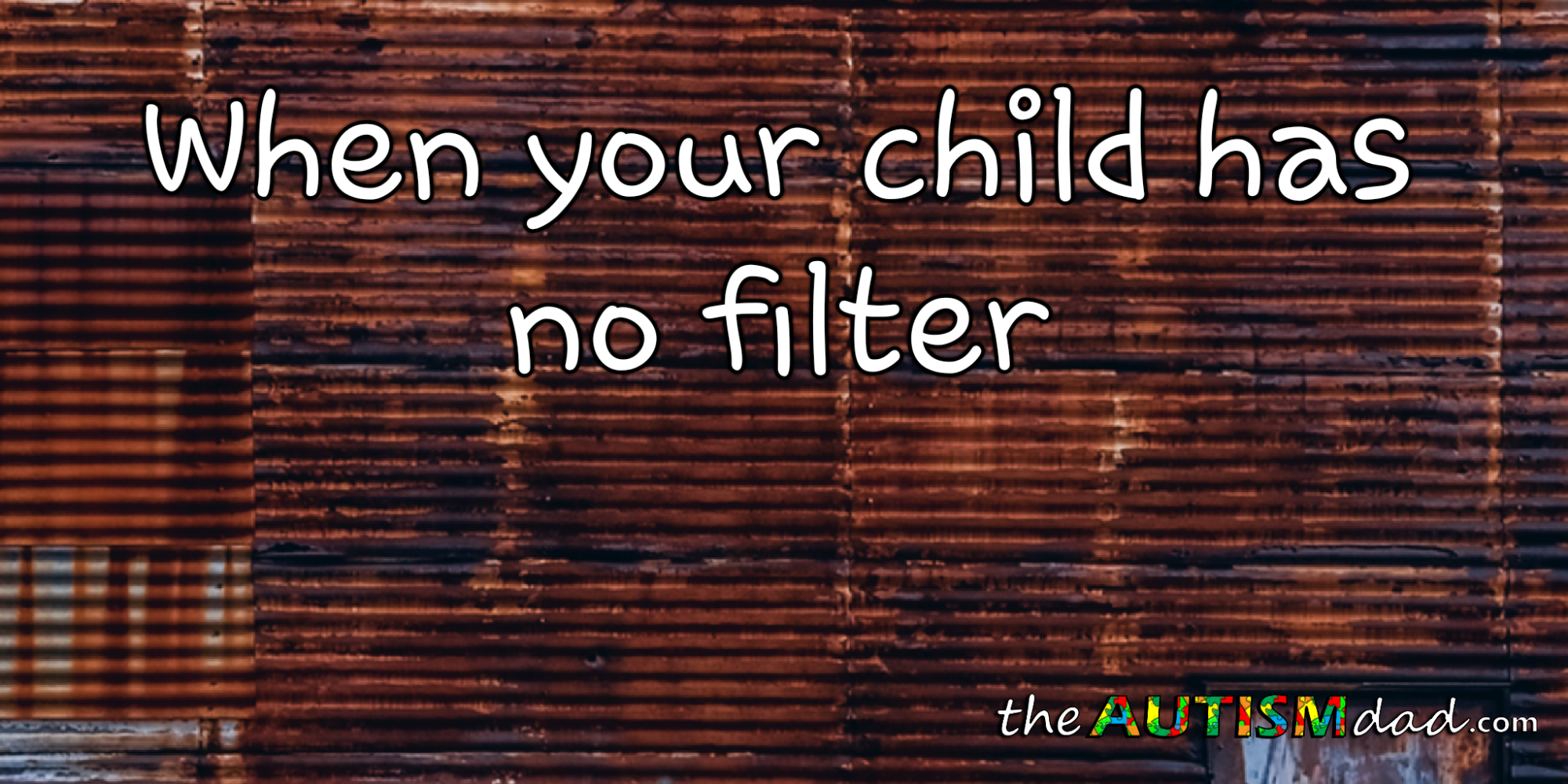 I’m not in Gavin’s head and while I can somewhat predict what he’s going to say, I can’t say that I understand why he says it.

Gavin has no idea what he’s doing and nothing is done with any level of forthought or intention. He simply lacks a filter that most of us have, that prevents us from doing the same thing.

It’s not his fault but it drives me absolutely insane because it’s not like it happens only in occasion. Gavin’s a talker and he talks incessantly at times. You can probably do the math from here.

My oldest son had to learn to have a filter. Or at least not blurting stuff out, but that is what happens with ADHD. However, Jacob does a good job now working for Marco’s Pizza AND he has good customer service skills.